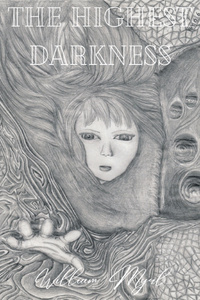 Princess Joi learns that the prosperity of her kingdom is founded on a deal made generations ago with a powerful demon. The firstborn daughter of each royal generation must be subjected to a lifetime of torment so that everyone else can know peace. When she learns of the bargain, and the fact that her twin sister is paying the price, she embarks on a journey around the world in search of a way to save her sister without destroying her people.

Reviewed at: Chapter 7 -- The Chase

It is a story of morality and sacrifice, a commentary on suffering in the world.
This includes, but is not limited to:
Modern practices such as the suffering of people in poor countries for those that import goods from said countries.
The suffering of wild or domesticated animals, killed in order to be consumed.
There seems to be a solution to that, which is incredibly costly.
Would it not alleviate the suffering of these pained souls to give up cheap import goods or meat, even at the harsh cost?
Well that I think is important and thus I can only endorse this story which brings not only these topics, but also fantasy about eldritch gods controlling humankind.
I do like reading about eldritch gods.