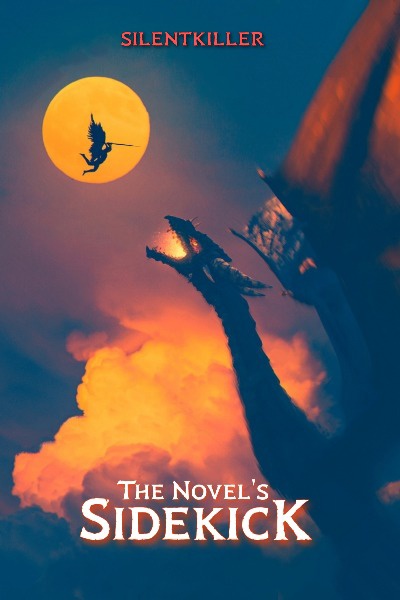 If you're new read here Song-of-the-Burning

Just because you can’t explain it, doesn’t make it a miracle. Something like that happened to Aaron, an introverted youth, who expected to live a normal, boring life. But it took a little for the expectation to go wrong. Who knew he would transmigrate into his favourite Web novel, Forbidden Realms?

Waking up in the mysterious land, Aaron finds himself reincarnated as Scar, the loyal sidekick. But soon he found out it was not the only change.

Magic still exists in Forbidden realms, with the blessing of the twelve heroes who had stood against the end of time in the sky-breaking, catastrophic war fifteen hundred years ago.

Unfortunately, the end of time comes once again. From the bleeding moons in the broken sky, to the wind of the end that sweeps across the rocky terrain to the snow-filled land, all cry the foretell of desolation.

Who will decide the fate of the Forbidden realms? The twelve heroes lost in the void of time. The Knights who lost half of their dominions. The order of Magi with broken high arts. The forsakers with their policy of non-intervention. Or the religious zealots and their dead God.

Bearing the responsibility and knowledge imparted to him through the book, Scar unravels the mysteries shrouded in the pages of history and myth, while slowly developing his newfound powers and others to stand against the end of time.

Follow Scar as he commands the ember in his heart, shouldering the love, hate, sorrow and frustration he never deserves, on his exciting journey to conclude the tale.

Special thanks to Mysteries (Editor) and kqwxz (proofreader) for showing enthusiasm in this book and working long hours along with me.

Depends on taste - I enjoy it

First, I thank the author for sharing.

Now, about it, so far, it's hard to make a clear opinion. The story is in early stages. As I did not read the 'original', I can't and won't compare them.

From what I've read, it's quite detailed and easy to comprehend. The universe of the story is depicted clearly. It's an easy read.

I'm waiting eagerly for some more since It seems like it will be a decent read.

Overall, the story was a fun read. However, I read many transmigrator stories and they don't differ from each other as much following the same template with minor adjustments. This story is slightly above average yet at the same time, a generic transmigrator story.

Characters felt lacking at times. The fusion between the characters greatly overshadow his original personality but use his own to fix up the original's mistakes. He has near photographic memory, so he remembers 90% of the story. There are many female characters but many of them felt or are put into situations where they needed to be saved. But, these characters have their own drive and archtypes that they push towards giving them a realistic personality. Not much significant male characters besides the typical best male best friend, still comedic undertoned character.

Hopeful for more challenges and real failures that the MC will face.

I quite liked the story, although I am not very good at giving criticism, I really like the characters, they all have their own personalities and reactions, it feels good to read the story and their reactions, the world is well described and by parts so as not to overwhelm with information about Suddenly at least I do see it.

the fights are boring and the characters are unbearable teenagers. shounen feelings

how could a story about a fanboy in your favorite world be good?
And the drama about stealing the body of a fictional character.

and worst of all several chapters written from the perspective of irrelevant characters, when the reader barely cares about the mc

we can't forget the fights, long and poorly described