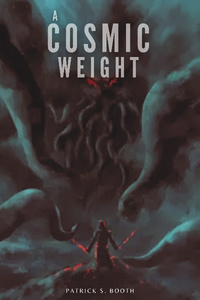 Reed got out of bed and went to the bathroom to take a long, hot shower. After which he went to the living room and opened his laptop to browse for used cars that were for sale near him. It was finally Friday, and he needed to pay his brother a visit.

Reed had a fair amount of money within his savings, thanks to the relatively frugal way in which he lived. He spent over an hour searching through various websites, settling on four cars for sale. It was still too early in the morning to contact the sellers though, so he closed his laptop for the moment and returned to his room.

Reed grabbed an extra duffel bag from underneath his bed before making a visit to his closet. There was a chance that he wouldn’t be able to return home soon, so to be safe he stuffed a couple of extra dress shirts and pants into the spare bag, along with a loose-fitting suit jacket to deal with the colder Michigan climate.

Zipping up the spare bag, he then retrieved the duffel which he carried to work every day. Reed rummaged around inside of it for a minute, taking out several folders and binders pertaining to his job, before opening the bottom drawer of his nightstand. He pulled out a moderately sized handgun along with several magazines and stuffed them into the bag.

A glance at the clock told him it was nearly six. He returned to his laptop, cell phone in hand, and tried calling the number listed for each vehicle. The first dial rang unanswered, as did the second. His third attempt was finally met with success, a gruff voice responding from the other end of the line. Reed quickly set up a meeting time and the terse call ended right after.

Immediately getting to work, he ordered a ride to the seller’s house on his phone. The meeting was set for an hour from now and it was a forty-minute drive to the location. He set his phone down and ran back into the bedroom. Once again going into the bottom drawer of his nightstand, Reed withdrew what looked to be a case for eyeglasses. Opening the case up, it was revealed to contain a hefty amount of cash, all one hundred dollar bills. He counted out four of the nearly six thousand dollars contained within it and stuffed them into his inside jacket pocket, before closing the case and throwing it into a duffel bag.

Several minutes later Reed received a text that his driver was waiting for him outside and promptly left his apartment, a bag slung over either shoulder. The drive took him outside the city, every passing mile signs of civilization grew more sparse, replaced with the rolling mountains and forests of West Virginia. At a point during the ride, it occurred to him to call into work and inform them he’d be taking some time off. But the majority of the drive he spent staring at the passing nature in deep thought until eventually, the car turned off onto a dirt road.

The one-lane dirt road continued for about a mile before coming up on a decently sized clearing of land. In the clearing were two buildings, one a semi-rundown house and the other a large wooden barn, repurposed to serve as a garage of sorts. Before he left the car, Reed took out his wallet and withdrew two $10 bills from it.

“Excuse me,” He tapped the driver on the shoulder, “I’ll give you twenty bucks if you’ll wait here for thirty minutes.”

The driver looked at the bills Reed was holding up and agreed to his request, to which he gave the man one of the tens with the promise of the second in half an hour.

Reed made his way to the barn where four different vehicles sat, two parked out front and two sheltered inside. The two cars residing within the garage were sleek, classic-looking cars. Working under the hood of a particularly long and boxy muscle car was a man of large stature. He wore oversized jeans with a stained white t-shirt, disheveled gray hair hung down to his shoulders.

“Mr. Grady?” Reed called out as he paused at the threshold of the garage.

“That would be me.” The man postured up from his position under the hood, wiping his hands on a rag that hung from his back pants pocket.

Reed gave a friendly smile and stepped forward to greet the man.

“You here for the truck?” The man firmly shook Reed’s outstretched hand.

“I am. Would you mind letting me take a look at it?”

The man responded by motioning to follow him and walking out through the barn door. Reed followed him, arriving in front of a well-worn pickup truck. The vehicle was covered in scratches and a few odd dents, and the brown paint was fading. He popped the hood and motioned for Reed to look inside.

“She could use a new set of tires, but I’ve worked on the engine and transmission myself. They’re good as new.”

Reed nodded as he peered under the hood. The inside revealed a stark cleanliness compared to the vehicle’s exterior. As soon as he leaned back the man slammed the hood shut and threw a set of keys at him. He opened up the passenger side door and got in, Reed followed suit by dropping his duffel bags on the ground and getting in on the driver’s side. The truck took off down the dirt road, driving smoothly and living up to the man’s promises. Several minutes passed in silence as Reed got a feel for the vehicle.

“It drives pretty well,” Reed pulled a u-turn in the open street, driving back in the direction of the house and barn, “I can give you three thousand for it.”

“It’s a bit worse for wear than it looked online.” Reed reached up to thumb a hole in the cushioning of the headrest.

The man barked out a laugh, “I know the look of a man in a hurry. Four thousand, take it or leave it.”

Reed took his eyes off the road for a moment to glance at the man. He was looking out the front window, the hint of a smile tugged at his lips. The pleased look abruptly disappeared, however, as his face hardened and his eyes squinted at the sky. Just as abruptly his hand shot out, taking hold of the wheel and causing it to swerve off into the tall grass that populated the side of the road. As Reed frantically tried to keep the truck under control, something massive impacted the road where they had just been driving.

A glance in the side-view mirror revealed that a stretch of road had been turned into a trench, something having plowed straight into the ground. He also saw what appeared to be the tail end of a mass of tentacles receding into the opposite direction.

“What the hell was that?!” Reed yelled, swerving back onto the paved road.

“How would I know?! Just keep driving, floor it!”

As the truck’s speed climbed higher and higher, the image of something in the rear-view mirror appeared and rapidly grew in size. A cavernous mouth surrounded by a plethora of insect-like pincers chased the speeding car, followed by a streaming mass of tentacles that served as some sort of body. The thing was flying through the air, rapidly gaining on the truck going near a hundred miles per hour. It grew closer and closer to the truck until at the last second the vehicle once again swerved off the road.

Reed watched as the thing slammed into the street, tearing through the pavement as if it was sand. Missing its target, the creature lifted back into the air as it streaked past the car, its body of flowing tentacles receding at an insane speed into the distance ahead of them.

“Turn. Turn! TURN!” The man beside him frantically pointed at the fast-approaching dirt side-road to his house.

Reed slammed on the brakes and turned onto the winding, one-lane dirt road. He was forced to slow down to accommodate the new surface and sharp turns. They had made it nearly three-quarters of the road’s mile length when the sound of cracking trees rang out behind them. The creature dove beneath the treeline, bursting through and obliterating trunks and branches as it hurtled directly towards them. There was nowhere to swerve.

“Jump!” The man called out beside him.

Reed had no need for such advice, as he was already in the process of thrusting his door open. Taking a leap, his enhanced strength tore through the seatbelt he had forgotten to remove and sent him soaring away from the truck. He landed hard, tumbling between trees and into the surrounding forest as the sound of a tremendous collision resounded behind him.