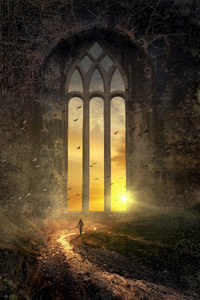 Blue Box Cultivation (BBC) is going to be a blend of system blue boxes and wuxia cultivation.

In the year 2025, a mysterious illness with no cure dubbed IDK-25 took hold of the world. It killed hundreds of thousands. Max was one of the unfortunate. Upon Max’s “death”, he was transported to another realm where he has access to both System and Cultivation.

Max struggles to come to terms with his new reality and the new world. But once he does, he uses his advantages to gain strength and power. As he grows from each trial and tribulation, he discovers more about IDK-25 and the powers behind it.

Will Max ever find a way home? And if he does, will things be the same?

Updates twice a week. Tuesday/Saturday. Maybe a third if I can write fast enough!

As the title says. As of chapter 18, nothing has really happened. Kind of a basic survival story so far, except our m.c. must have been a boy scout. Seems like it's on easy mode, dude isn't struggling at all. Which isn't bad, we don't have much of a backstory for him. The whole start a fire in a few minutes made me jealous though, cuz that ain't easy.

The title of the novel makes it seem like there might be a more comedic tone, but there has been no levity in the story. Very serious tone from the outset. A weird mix of cultivation and litrpg. At this point, neither really matter. The cultivation is at low levels so far, so no magical shindigs, just physical enhancement stuff. But not mystical in nature, seems like just a healthy normal dude. The litrpg stats don't matter. Just a bunch of numbers without context. Probably how our character becomes broken in the future, but as of ch. 18 literally serves no purpose.

If you're a survival nut and love stories like that, you'll be disappointed with this. The author does address food, water, shelter. But it just comes so easily to our m.c. The guy is doing workout sessions to muscle failure on day 2? Or 1? And there's no consequence to that. Survival isn't the focus of the story, its just the backdrop in which the story takes place. And the hardest parts of survival are the spirit beasties attacking our character. Rather than the actual difficult parts.

If you're looking for resolution, I'd wait until 40 chapters are out. 18 chapters and the first arc seems to have just started. We just got our second character introduced, so it's going pretty slow.

So far, I can tell where the Main Character, Max, is coming from. They were stuck in the same room for a very long time, after just barely getting out of a situation in isolation, so he reads stories, including isekais and cultivation novels. Things try to take his know opportunity for life away from him, so he defends himself. His choices and decisions are all very natural, but something in me says, maybe Max is too rational. Lot's of isekais write with lots of details, lots of other don't. In any case Max's new world wouldn't be built to encompass all isekai/wuxia worlds ever writen, so dispite Max having read all these novels, he couldn't possibly know what everything means to a full extent. This being said, i like the style and the author is doing a good job at portraying Max's emotions at stressful times, ie. when fighting the big hawk, so I would say that this "Blue Box Cultivation" would be an interesting and refreshing read.

At the time of this review, I mostly agree with what’s already been said. I definitely agree that this is likely going to be a slower-paced story and if that’s what the author is going for then that’s fine and not a big issue for me.

It’s always nice when the author puts in the effort to actually use boxes (given the title). There are some formatting issues with the character sheet, but that should be an easy fix.

The grammar is okay, probably above average for RR. There are a few misspellings here and there that seem to be autocorrect-related.

I do like the MC for the most part. He seems to be much more of the average guy. There are a lot of isekai MCs who are instantly OP or they have no mental trauma from leaving their old world. Oftentimes, they are just like “oh, they have no one to care about and so no one will miss him/her”, I feel like that’s just lazy writing. I actually appreciate the author putting in details about missing home and humanizing the MC.

I am getting the impression that the MC’s goal/motivation is to get back to his world (along with exploring this new world). Not sure if other people are getting that same vibe.

Overall, I would give it a 4/5 for now. I think this might be good for people who are in it for the long haul. The release schedule seems pretty consistent so hopefully, it won’t get dropped!

This is a good read. The main character is likable and the story is progressing nicely so far. There is not a lot of action yet but it is still early and I expect that to change soon. The stats and cultivation are pretty well thought out and I look forward to see how the MC and his wolf companion progress. Good job, keep up the good work

Not much to read through

As of this moment at the review, having reached Chapter 20, there really isn't all that much happening within the story. While it is clear that the MC is going through a survival situation and trying to survive in this new world he has been brought in, he doesn't have any particular goals beyond 'survival'. While he is cultivating and garnered an ally, it doesn't give me the sense that there has been any progress made in the story.

In terms of grammar, it's kind of hard to read with the way the first chapter differs in the formatting of the later chapters. It is readable, however, hence why it's not 1 star rating. The formatting for the skills is well done, with the blue boxes set up to allow information to be garnered relatively easily. My only complaint in regards to the blue boxes is the fact that the color does sometimes change between white and black, which can make reading the text be difficult in certain cases. There are also spelling errors, though that could be autocorrect at this point.

There is room for improvement and while it is clear the author is aiming for a slow start, there needs to be a motivation from the MC. There isn't much to look forward to in terms of progress because there isn't any inherent goal besides surviving.

I'm not sure how to feel about this story. On the one hand, It is an interesting concept and a unique seeming premise. On the other hand, it didn't really grab and keep my attention. It doesn't really feel like anything much is happening, and feels like the author isn't really sure of where he wants to go with the plot.

Style - the style seems fine at first blush, though there were some issues that I noticed, notably Max's inexplicable ability to occasionally time travel into the present tense.

Story - Doesn't seem to be going anywhere, currently. Feels like Max is just existing at the moment. Also, it seems like despite the new system plague, it actually just killed everyone except for him for whatever reason.

Grammar - Nothing to see, nothing to say, grammar is a go. Although I am beginning to suspect that Max might not actually be proficient at time travel and that instead, he is merely the victim of an unfortunate typo.

Character - So far, I don't know max at all. I know he was sick, and that he was rather suicidal by the time the disease killed him, but I don't actually feel any connection to him as a character.

So far, this is a good book. The style of writing is good, and I like the way that there was a tiny pov change that gave insight into what happened. Additionally, the mc seems to be a decent person, thought I don't know too much about him yet.

The pov change is the hawk that tried to kill him in chapter five. I think that paragraph really helped explain why the hawk was missing a talon and generally allowed the readers to understand more about the hawk.