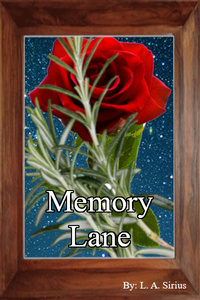 Thank you for getting this far. It means a lot to me. This is my first mystery novel, well, novella, but I think it turned out alright. A lot happened along the way and there are probably a handful of mistakes that I didn’t see, but for what it’s worth, I’m happy with it. It ended up a bit shorter than my last book, but I feel like my writing has improved a lot since then.

While I was writing I just wanted to express the feeling of moving on. This expanded into a whole cast of characters focused on the past, present, and future. I hope I was able to write a convincing tale of a young boy moving on from his first loss, even if it took him a while.

Originally the book was only going to answer the final mystery of who the culprit was. It wasn’t going to outright state their connections to other characters or their motivations. Somewhere along the way though, I ended up deciding that the mystery genre is the biggest genre where nothing should remain vague. Still, all of the answers to the mysteries were laid out before chapter 10. This way, you could follow in Daniel’s shoes as you “re-read the story”/”look over your memories” to solve the mystery.

Another thing is that I absolutely love playing with the ordinary convention of books. I’ve been thinking to myself lately, “What does a book have that can’t be imitated by any other form of media?” While this isn’t the final product of that idea, I tried my best to use quotation marks in an interesting way, as I’m sure you saw.

Finally, know that I’m not weak by any means. That is, I am very open to criticism. In fact, I was pretty disappointed by the lack of reviews on my last book. Even if it’s just a comment insulting my grammar, please don’t hesitate to leave it! Any improvements I could make to my writing is something I would love to hear.

Bio: A fledgling author. Loves criticism of all types.