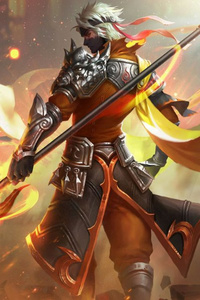 Zi Yang ends his life full of despair and hatred only to end up in a new one as a father!? How will he cope?! On top of everything, he became a clan leader with a system and to top it all off, his son is a reincarnated genius!

I suck at writing synopses, please don't go, I love you.

The author is basically trying to write an insert that doesn't bend to the common rules and workings of the wuxia world. There is also the fact that the cognitive dissonance with the common inhabitants of the world due to his upbringing is kind of fun.

The main character is a reincarnation from earth whereas his son is an reincarnated old alchemy god. So though technically both are reincarnators, both are not at the same level. Obviously, MC is superior because he is from earth.