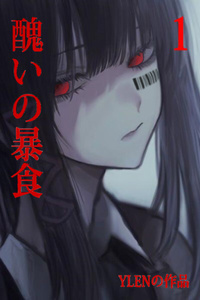 am back, and am writing again, so join my novel's discord server! https://discord.com/invite/tUx689n7Ng

That single thought of hers ignited the beginning. The beginning of what, you ask? Haha, how innocent.

She was great— No, no, no, that was an insult to the utter majesty she possesses. She is perfection itself; academics, beauty, ability, she had them. Yet perfection has problems in and of itself; not even she can escape the cruel irony of life. That's when things take an odd twist.

On a fateful day, she and her classmates transferred over to another world! A tale as old as time itself, no? It was the stereotypical setting; the king and his knights welcomed the bewildered heroes in a grand room. Unlike her companions, she was an exception— She was starving, furious, and observant. Who wouldn't be? But their objectives were clear; slay some form of a "Demon Lord". Somehow, whilst on her quest for knowledge, she obtains the privilege of obtaining power that causes the collapse of the relationship between her and the kingdom, leading to the chaotic aftermath of a disaster. A vendetta forms inside of her; one that would shake the world to its core ...

Who is she? What are these terms? Why is this happening? How will she squash the balance of power? Questions upon questions. Simply read to understand

> Hunger and thirst for the flesh and blood of the innocent (Light-hearted 'eating' scenes.)

> Working in the fantasy version of Germany (someday, in the later chapters)

am back, and am writing again, so join my novel's discord server! https://discord.com/invite/tUx689n7Ng