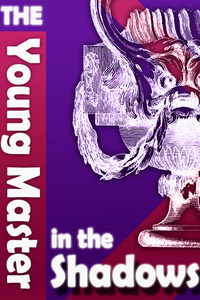 He has returned to the past. And this time he will live up to his role as a young master, which he lost in the past.
He will use all the resources of his family to his advantage. He will cheat the world it self.
He will get what he wants, and he will protect his loved one's this time.

If you decided to drop this story, I would really appreciate it if you left a comment at the last chapter you reached explaining Why.

And for those who keeps complaining about the harem... Ahmmm. This is a harem story, if you have a problem with that, don't read it.

Starts off strong, then becomes creepy

I enjoyed the beginning quite a bit, but it becomes too creepy later on.

The 'Villainous Lead' was well done for the first section of the story, but it then becomes the story of an MC who creepily mistreats his teenage slaves, acting like a sex-obsessed buffoon for the sake of hiding his acumen in public, but not in a way that really works.

Constantly we have situations where pretty young women are creeped out because it seems like the MC will force himself on them, only he tells them at the last minute that he will instead just lay his (reborn as youth) young head on their thighs as he sleeps.  This creepy, overbearing way of his seems to be the key to many a young woman's heart, as they all progressively fall for him...

Honestly, it would be way better if the MC acted his mental age and was better able to deal with his sex drive (rather than turning the story into a creepy romance), focusing more on growth, power and believable loyalty derived from treating people right.

Stopped Reading at the spanking bit

It is a lovely friday morning, and i decided to read some chapters, it started off with the mc waking up in the lap of a (12 year old ??) girl, then proceeding to spank her and call her "naughty" and "needed to be taught a lesson" .

I felt quite disguted, and immediatey stopped reading.

The story is fine in the begining, but based on what i read this chapter i will not be reading further.

Started off pretty good, then got progressively disturbing as the MC spanked, made feed him, sit on his lap, and more as it escalated, a 12 yo girl. I don't know who the hell thinks that's alright, and there were many other paths that MC could have taken that no one would have questioned. Hell, instead of both badly and creepily "pretending" to be perverted, he could have just said it was on a whim, he felt something for her situation, etc. instead of ruining something good with lack of reason and pedophilia of a reincarnated 200 year old.

Reviewed at: Chapter 72 : Plans within Plans

Old mc in a young mans body wants to have sex with ALL the underage girls.

Also there is an insane amount of sexism a woman that sleeps with a man before her wedding is a slut, but if a man has tens of women in his harem is super cool, apparently.

I'm forced to be somewhat ok with sexism in novels, because if Ii wasn't I would have stopped reading anything ages ago, but I draw the line at pedo MC.

I have only one real tip for the author: read a book. A real one. A BOOK.

Punctuation is spotty. The flow is inconsistent and jarring. Characters are superficial to a point that I would estimate the age of the author in his mid teens.

Also, it's creepy. As in "desperately needs to get laid" and "fanfiction written by a lesbian cat-lady" creepy.

Too soon, needs more foundations in every aspect.

Reviewed at: Chapter 59 : The Whimsical System

This story is very similar to the standard weak to strong cultivation novel that is mass produced and not worth the pixles people read them on. This story is technicaly not cultivation I just has a similar magic system and MC who fits the worst parts of the genre. Like cultivation novels the best part of this story is the early worldbuilding and establishing the ways the MC can gain power.

There are several glaring issues with the story and some minor ones as well.

There are some grammar issues and spelling/word choice mistakes, at the time of writing this review. Not so many to be difficult to read but easily noticable and slightly disrupting to the story.

The characters are flat. The men are without any character, we are told after the MC kills/hurts them they are bad because in a previous life they opposed the MC/he discovered they were bad. The women are almost entierly either shallow and petty and gold diggers who are evil (again only as defined by MC's past life opinion) or they are sex objects to be won by the MC, they lose any character they once had after being won. The MC is of course a horrible person and a hypocrite.

The story suffers a lot, there are several inconsistancies in physical descriptions, and in the setting and worldbuilding, also in describing the thoughts and intentions of characters. As far as the overall story goes it is common and overdone, Restart life with prior knowledge, gain power, extract revenge, justify revenge right afterwards with little to no explinations, harem gathering.

The style of the story is okay, nothing great but no glaring flaws either. Except in a few instances where it is bothersome to read stye does not affect a story, so my overall rating is not really affected by it.

The story starts strong with excellent worldbuilding, and I feel interested and I want to explore this world with the mc. I liked the family structure and how a lot of things were gray complex. But the biggest problem start showing up pretty early in the story. Mc is a man that lived hundreds of years in his past life and has experienced much. During the early chapters when we read about the mc past and find that he was kicked out of the family because he broke the family rules to save his best friend. At this point, I was thinking, okay, this guy sounds very selfless, knowing that he would get kicked out of his family if he broke the rules, but he still did it showed some character, which interested me. But what made me drop this novel(book? Idk) was it was kinda creepy at this point mc is 14 year old and he sexualizing others 14 years old girls. I would understand if they were 16-17 years old but not 14 years old. Mc just feels like a horny insecure guy. That keeps doing creepy stuff. I also feel that most of the side characters are so shallow which kinda makes the story quite boring and uselessly repetitive. The significant part for me that made me drop this was the insecure mc, who was so afraid of losing everything that he kept overreacting to everything. He had hide “his” women appearances and total control over every women he meets. It's like a guy trying to act confident and dominant but only comes off insecure, and it's weird and disgusting to read about.

The writing would constitute a series of war crimes against the English language were the Geneva convention applicable to writing.
If you took every bad Xianxia translation and fed it to an AI, this is what it would produce.
With that out of the way, the world building is interesting and the story has potential. It gets better over time

This is a power fantasy so to that point those who have too much spectations should stop now.

the novel is interesting, the premise is a mix of previously used things in a sort of novel manner and it is enjoyable.

The characters are mostly 2.5D, don't have qualms against any, the mc is particular but ok and more or less follows a stable approach (doesn't bend over backwards to fit every situation, have no sudden change of personality or things like that) but it is not perfectly written and there are every now and then a few parts that show rough edges in the writting (though this improves over the chapters and after chapter 50 you will not see it too much). All this errors do take 0.5 stars.

The only part that bothers me greatly is the grammar and that removes 1 full star. While latrs chapters are proofed most early chapters have a few grammatical horrors even in the titles. Author san, YOU SHOULD GO BACK AND FIX THEM. Sure english may not be your native language but you could run a fking proofreading program to filter them.

The rest is normal to good for a power fantasy, nothing incredible but it is very enjoyable.

This novel is both infurating and fun.

It has plenty of things i would consider mistakes. Like a way too big of a cast for good character development and some bad deus ex machina moments.

At the same time there's good intrigue, interesting family dynamics, and the sexual tone is (up until ch.137) done pretty well.

Overall a novel that will sometimes make you go "why am i reading this" and others "why isnt there another chapter yet? ".

I do believe the author is getting better over time, and if he can remove some stuff (you know, bad things can happen). the novel can be REALLY good.