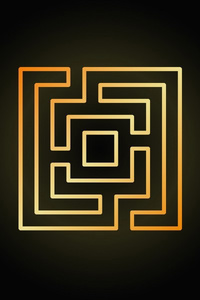 Synopsis: With his families debt accruing more interest than he can pay off, Axel decides to put on the VR helmet in a desperate attempt to pay it off. He soon realises that making money illegally in a game is far easier than real life. With his experience in accounting, he tries almost anything to fill his pockets with gold without drawing too much attention. However, his young, joyful self who enjoyed playing in VR, is no longer around. He's rude, crude, and his name is Axel Smudge, AKA The Hoarder; he's going to shake the pockets of every player he passes.

Reviewed at: Chapter 4 The Slums Of Tresluna

You see many VRMMOS, all grinding and killing indiscimrinantly. This one has a more unique take, with our MC being more money foucsed, apparently with his mother and sister in mind. While the MC can get pissed of easily, I chalk that up to nerves, as he seems to have a large deadline to pay off his father's debt I assume.

There's 1 or 2 inconsiteincies like most stories, but these can all be fixed with a quick edit. While I'm relatively new to RR, I personally think it is a pretty good story, and I'm pleased that T J Logan could forgive me for being petty.

Overall, I say it is a fun read so far, and I will continue reading it.

Love the way it is going

I recently joined this author and am soon going to check out his other novel. The grammar, even if it is early to say, has not had any mistakes I have spotted so far in the book. The story itself I feel has a large genre it can fit into and is extremely realistic with the elements of the game world so far, but I don't know about all the mechanics, yet. The characters are all really well done, and even the 2d characters have a life given to them that is befit a 3d character in most other novels, with these characters getting a deep background and thought out character even if we never will see them again. As I said, the author has done a wonderful job so far and I am now just typing to reach the word limit of the advanced review counter thing. Still trying. Again! I wish they displayed how many words you had. This sucks. Anyone want to join my biscuit genocide? I really hate biscuits, I have two dogs, and I am drinking tea. Hold on let me look up a word counter. Nine, eight, seven, six, five, four, three, two, one.

Reviewed at: Chapter 4 The Slums Of Tresluna

This story is about an accountant who thinks he can make 60k real money in game. You can see that it is a story by that alone. That being said, it is a pleasant read with good grammar and style. But the main character is a bit sketchy. More than a bit...and rude to NPCs.

I'm relatively new to reviewing and royal road as a whole, but this story stuck me as really good, so I'm going to give it a try.

The plot itself feels real and gritty. Although the MC is smart, that doesn't make everything go his way. We don't know a lot about the rules of the VR he's in yet, but the MC doesn't know everything about it either, and I trust we'll both learn in time in a natural way instead of a world building dump. The author is pretty skilled at avoiding those.

As for character, the MC is clever, needs money, and acts consistently in a way that shows off both. As a big fan of really smart characters, I like the guy. He acts like a jerk sometimes and cusses too much in my opinion, but that's just a part of how the author built him and it fits with his backstory.

The only reason I rated the Grammar 4.5/5 instead of 5/5  is because of a few word choice errors I spotted (man instead of men, etc., just small stuff really). Because those things really stick out to me, I can't in good conscience give the author 5/5 even though it really doesn't affect the story or reading quality for most people.

Reviewed at: Chapter 19 Eyes Of White

The Legendary Hoarder is a fiction with a clear goal, it gives you the why from the start, it states the goals that are being worked towards and also has a believable path towards said goal. The author clearly knows what he is doing and it shows. The story itself is rare but not unique, no goody two shoes but full on kapitalism and (ab)using the system.

On the path of getting to the goals we meet some interesting characters and companions with their own quirks and habits, no cookie cutter copy/paste characters so far. A plus for me is that, as far as I can tell, there is no current plan for a romantic subplot involving the main character. Where multiple of my favorite fictions on this platform have fallen into that trap this one seems to not make the same mistake. (as of chapter 8 atleast)

While the content being written is excellent I would love to see some more information about what is not written. This is mostly a style point but it should be noted. It is very focussed about the main character and his journey but I would love to know some more information about the game itself as currently it feels like a journey inside a very generic and somewhat empty world.

Overall worth a try if you like the darker and more scheming part of games.

The story sucks you right in with the MC just getting demolished by life. The grammar is excellent and there was no break in the flow of paragraphs or chapters. I understood everything that was said and didn't have to reread any part to get the meaning down. The characters are developed and have believable flaws; they don't do stupid actions that break away from their character. The story itself is well thought out, make enough money to clear MC's mountain of debt before his legs break. There hasn't yet been a lot of outside the game elements, and I don't know if author man is going to include that in this story. There is no problem with the world building either as I personally see that since the MC is rushing to get money he has no time to learn about the world. The game itself has flaws as well which isn’t really seen in most Litrpg’s which I find a very good plot point. I have no qualms about the style the story is written. Overall, author man has blown it out of the park with this story. I hope author man keeps up the pace and doesn't run out of fuel like so many other authors before him.

New take on the VRMMO genre

I came here from the author's other novel, the Trashmancer. This novel has really blown it out of the park for me. It's a fresh new take on the VRMMO genre in which the player's goal is literally only to make money. I hate spoilers and am sure many of you do too so I'll make this prompt. The grammar is top-notch with little to no mistakes. The world-building is going at a pace ready for any reader. The character development makes me want more from this novel and the story so far already has me intrigued. If you want any of the above read then what are you waiting for? Read the novel already! Also note that this review was written quite early in the novel (ch. 5) but I am already loving it and can't wait for more.

Reviewed at: Chapter 19 Eyes Of White

Always wanted to see more of a "business" side of these kind of stories. Good job man, keep up the good work..... Just continue doing what your best at man. Don't let people get you down with bad reviews and shit. You have a good thing going on here man. Don't let them take that away from you.

Reviewed at: Chapter 15 The Uhyre Horde

Tons of fun, and grittier than its spiritual predecessor, The Legendary Moonlight Sculptor. I'll be sticking around for the long haul on this one; Weed and Hoarder would be best friends, if they weren't busy figuring out how to scam one another.

I have some small stylistic and world development gripes keep this from being a 5/5 for me, but the pacing might just require this sort of handling. Kudos to the author.