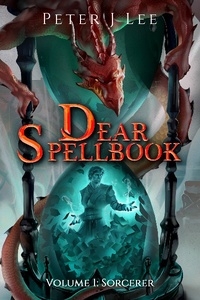 Journal Entry from the Dahn

I sent my students out to collect mushrooms through the door that we left behind in the Torac near home. They think the task is punishment for that itching spell they cast on my clothes, and my bed, and my staff—that was impressive, I will not lie—but the real punishment is that I revoked their access to the Dahn. Temporarily of course. It wouldn’t do to banish them, but a few days roughing it in the caves will give them a renewed appreciation for their vaunted positions as my students.

It will also give me time to learn to replicate their spell and cast it on all of their belongings.

It's good though that they are gone. We are running low on real food. The Torac in this region is unnavigable, whatever killed our dwarven cousins here destroyed their cave systems. Yesterday Hisan tried to feed me something foul called “lettuce.”

I figured out that itching spell much faster than I thought. My students had created a spellform of the construct so they could share the spell. I’m even more impressed, this spellform art is new, and I only recently picked it up myself. The work felt like Napsen’s. She is probably ready to be elevated to a full Tiach.

Well, anyway, I cast their itch spell on all of their crap. It will take them ages to dispel it all with their meager Will capacities.

I will let them back in tomorrow. The downside of them being gone is that I must perform the surveys of the surrounding regions myself.

Something happened to the apprentices, they were not outside the door when I checked for them today.

I think I found it.

I should wait, but I think I found it. No, I know I found it. The Primordial detection spell finally gave me a direction, which means it's close.

I should stay, and wait for them to return.

I could leave a note. I can’t return their access without their presence, but neither can I leave the door open.

I left a note, and all the lettuce. I’ll be back in a day, two tops. No more than three. The Primodial is close, I need to at least confirm my findings.

I’m off to rediscover Time.

Thanks for reading my rewrite of book 1. I hope you enjoyed it, and if you read the original version, I hope you thought it was an improvement. I am working on Book 2, but I don't currently have a good estimate on when that will be ready. I have decided to not release any of it until the whole book is done. I don't like the pressure of weekly deadlines, and it makes the content I write much worse, since I find myself ending chapters because they are too long, and not because they are done. Releasing the rewrite once it has all been done has been much more pleasant.

On the hot topic of kindle unlimited, I plan to eventually put this story there, but it will not be for a while. It won't be coming down soon. Once book 2 is done, I will begin preparing for that, either talking to publishers or hiring an editor, but I plan to release the next two books on RR before putting it on KU.

This story is planned for three books. I have plots planned out from when this was a D&D campaign beyond this current timeloop arc (which was a single session of that campaign) but when I finish this arc, I will take a break from this story and write some of the other ideas I've had to stop myself from writing. Dear Spellbook was started as a personal project I eventually decided to post on RR. It wasn't designed with a specific audience in mind, and I think that was a mistake. My next story will be planned to fit a serial formal better and have a faster pace—thought I originally envisioned the timeloop portion of Dear Spellbook to only be one book long, so who knows what will happen.

For those who are interest 'm playing around with a few ideas.

-Engineer gets Iskeia'd to magic dependent fantasy world to an area that recently lost its magical infrastructure. Tech uplift story with kingdom building and lots of technical development.

-Some sort of reverse isekai. I like the idea of a magic user coming to a world of super heroes.

-A story set in a modern world where super heroes are just emerging. Probably centered around a MC with teleporting/portal abilities.

-A sequel to Dear Spellbook (spin off?) set 300 years after this story, set in a magical academy setting during a magic tech industrial revolution. I plan to write this one eventually, but not next. I think I would need to finish Tal's journey before writing this, as I have loose plans for the MC of that story to find Spellbook, though the story wouldn't be written inside of it like this one.

The first one is my current plan to start next, and I wrote the first chapter in a break between Book 1 and 2.

I may post a survey in the days to come. So if you see another post, its not a new chapter.

Re:Patreon. It's still up, but it currently has no new content beyond this. I will post the ebook export from RR there next week after making some edits. Subscribe only if you want to support the story.

Special thanks and shout-outs to some of the friends I've made on Royal Road who have helped me a lot along the way.

Also a big thanks to my editors, current and past for making the story WAY better. Ilafy, Roan Asher, Phillipe, and Severinus3