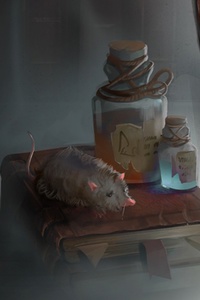 Remove Ads
Previous Chapter
Next Chapter
A note from TK523

Another weekend bonus chapter in an final effort to cling to the front page on Rising Stars. We were there, but fell back down.

This interlude is an in universe children's book. You can click this link for the Imgur album of the book or read it below. It was originally planned as an interlude for Book 1, but has since been dropped from the book, though it is still canon. 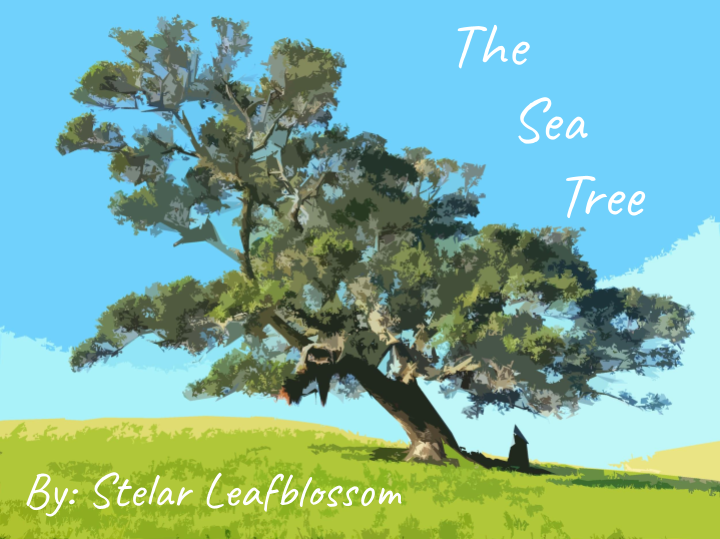 In her meadow, tall and strong, Serune basked beneath the sun. Tended by her friends the druids, she knew them all, every one.

Through the years, druids came and went, but here they had a home. Human, dwarf, elf or orc, once even a small gnome.

Serune swayed and sang with joy from morning to the eves. Her friends would dance and sing a song of their own to accompany the tree’s. 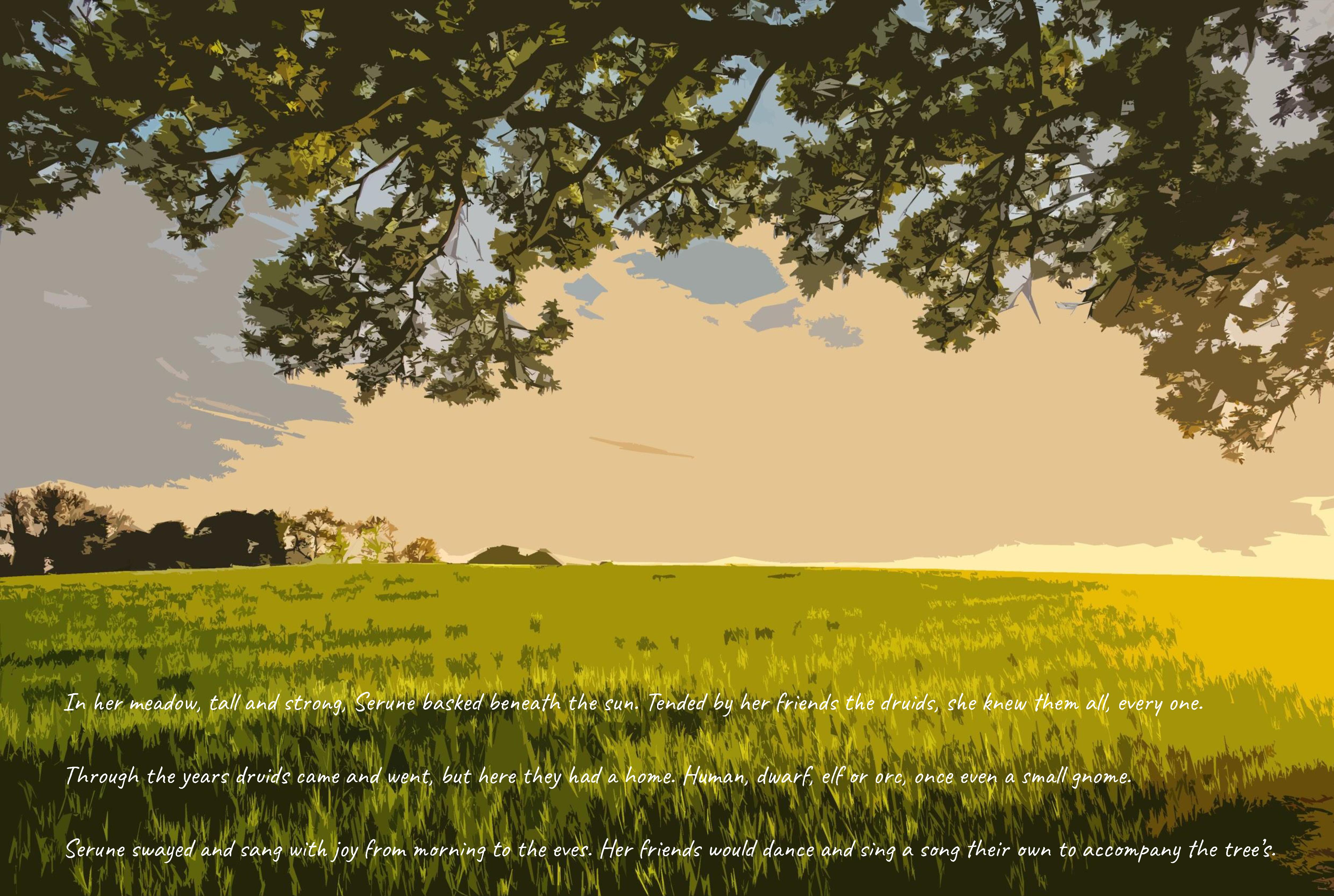 One clear day, sky full of sun, her friends came to her in tears. Interrupting the song and dance, they told Serune of their fears.

For years the water in the world had steadily been rising. That it never stopped to them was both alarming and surprising.

The druids had hoped that before now the water would have halted. They tried and failed and still it rose, so to Serune they bolted. 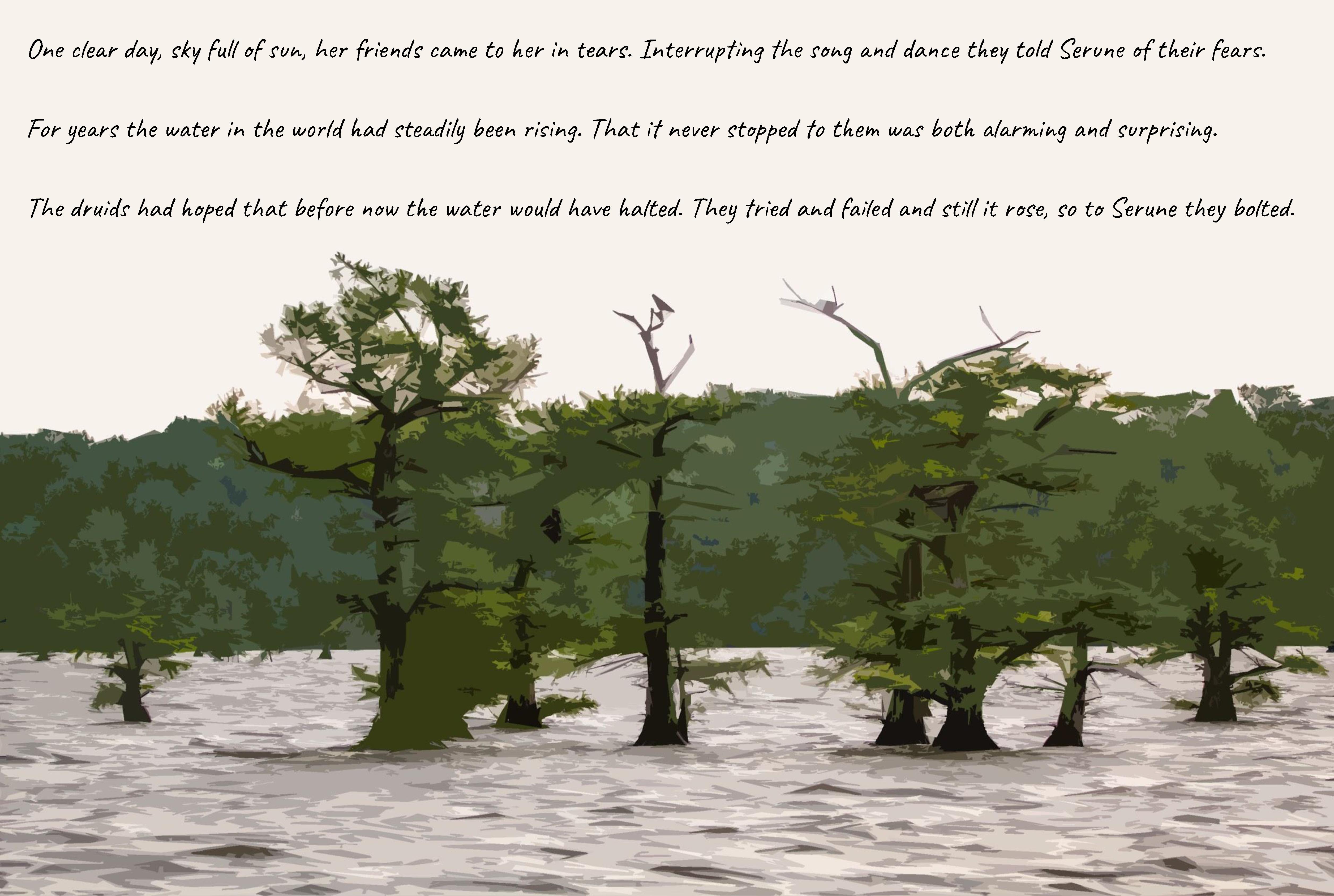 They came to say goodbye and to thank her for her song.

They had one last dance, and one last tear and began to move along. 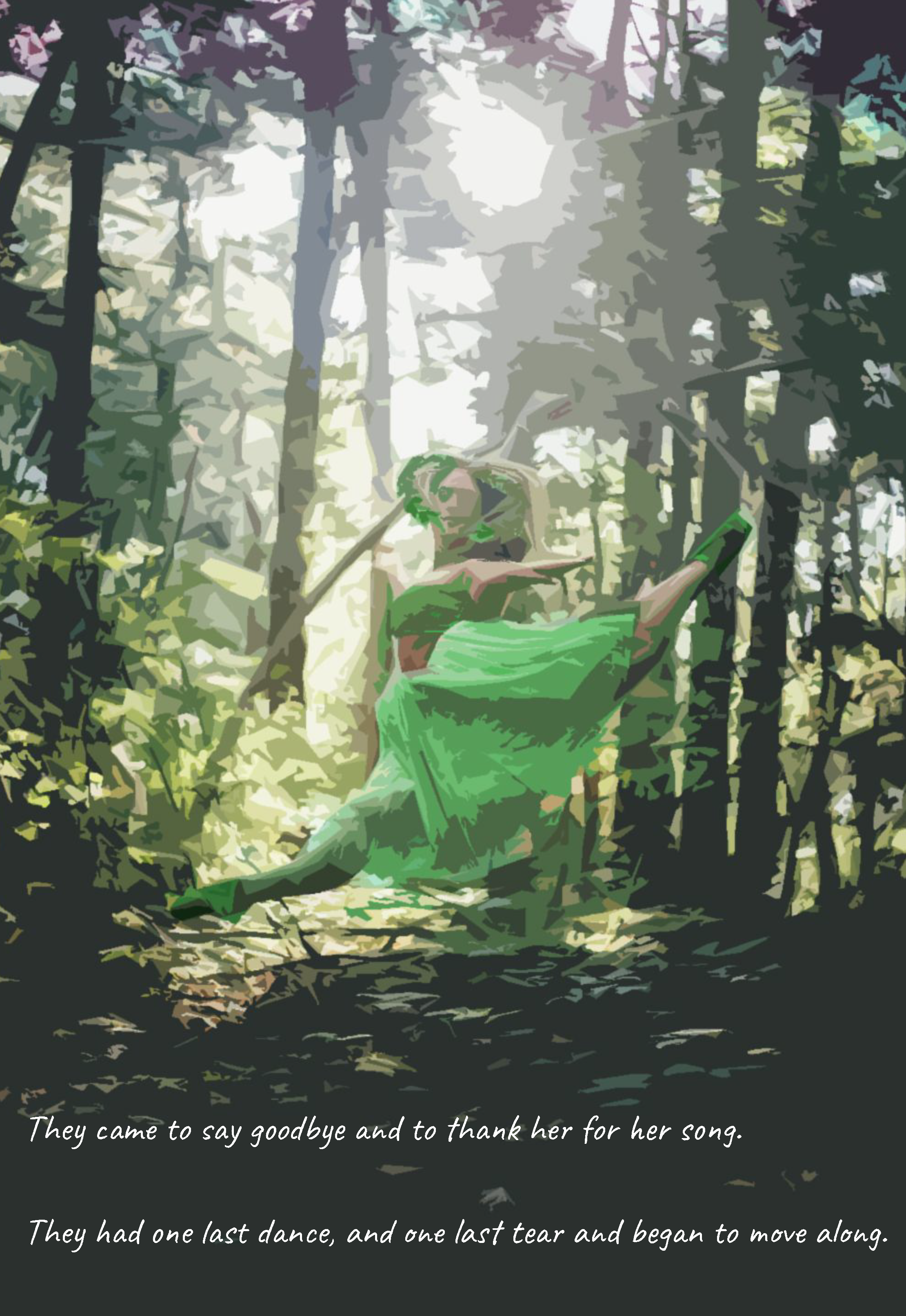 Not wanting to be left alone, Serune had a strange notion.

If she could float and take her friends, they’d need not fear the ocean.

Jumping on the wild idea, they began to plan and think.

How can they make Serune a ship to sail atop the waves, and not fall below and sink?

They prayed to Assuine for wisdom, for guidance and her aid.

And at dawn the next day they all knew the knowledge for which they’d prayed. 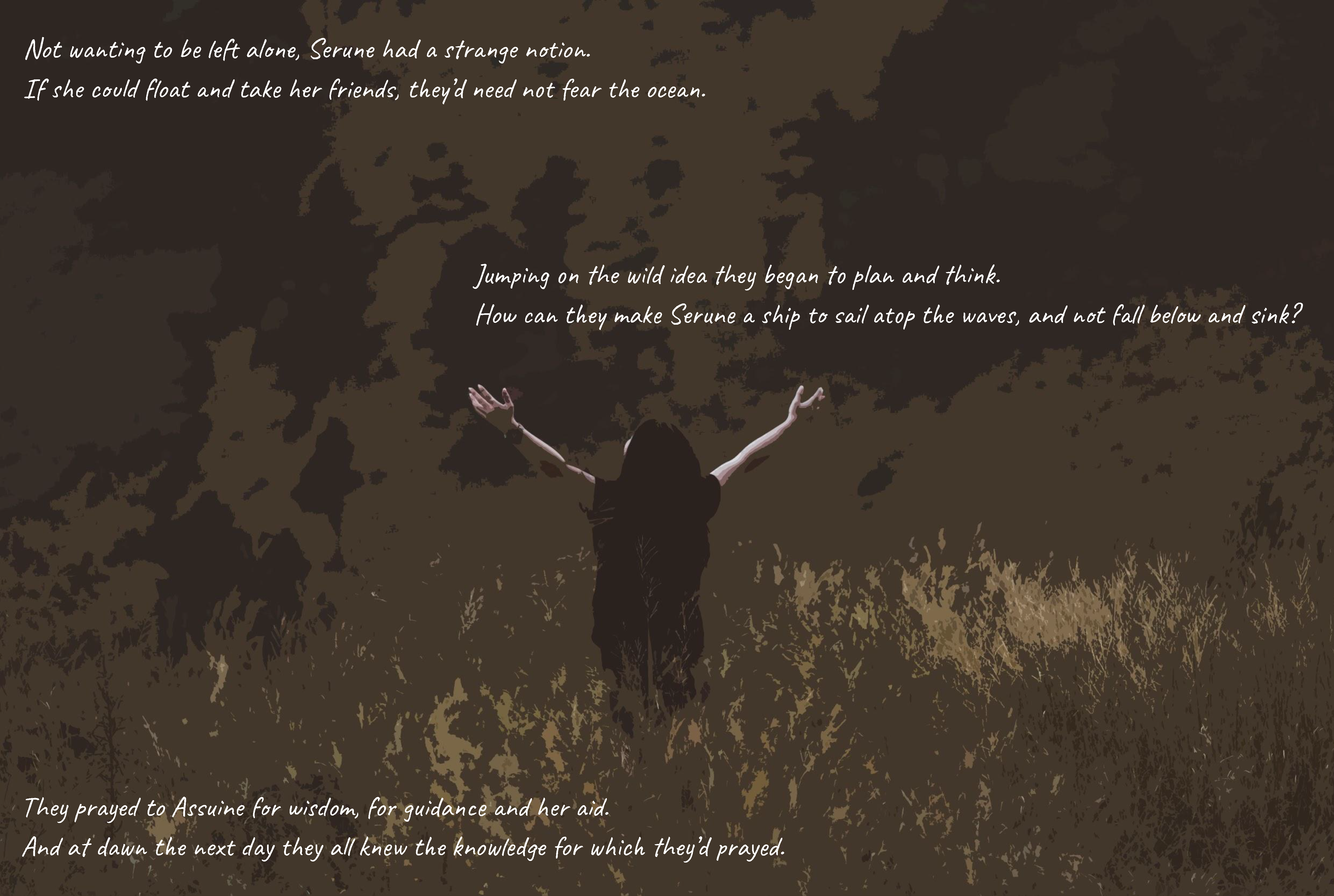 The druids began to use their magic. Now full of hope, not panic. They worked their powers on their friend so their songs and dance would have no end.

From bark to hull, from trunk to mast, Serune transformed, and into the sea she swam at last.

With sails of leaves she rode the breeze and with her friends traveled the seas. 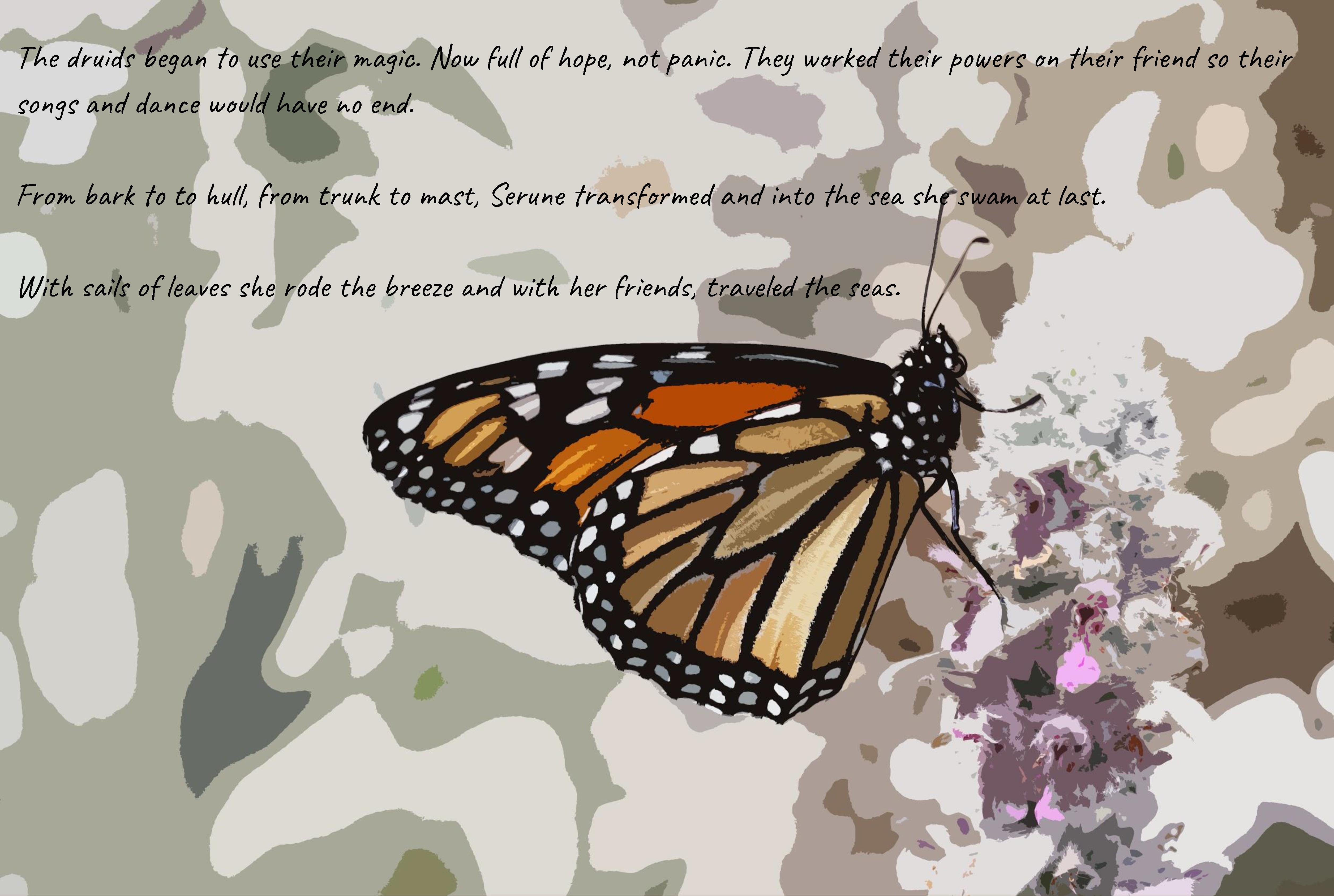 Serune sailed the waves around the world, but no land did they find. They made new friends along the way, each a strange new kind.

Whales and fish and birds and men, the new ship loves to see them all.

And one day after long years they found and made landfall. 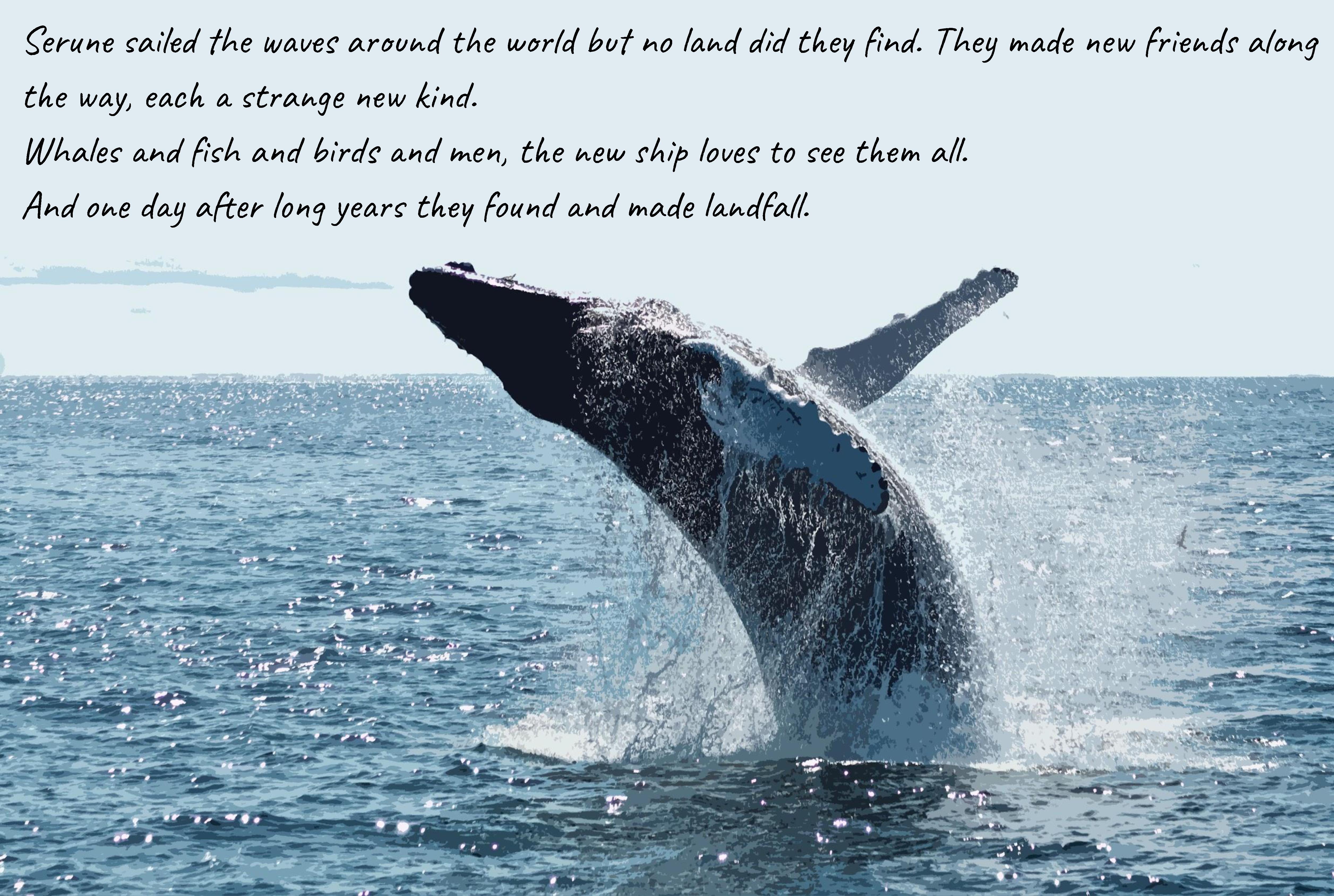 The druids rejoiced to have land to roam, they ran and danced in revel.

Serune looked out towards the sea, for her heart now longed to travel.

Her friends begged her to come and stay, to join them in this land.

But Serune now lived for the sea, which they could understand. 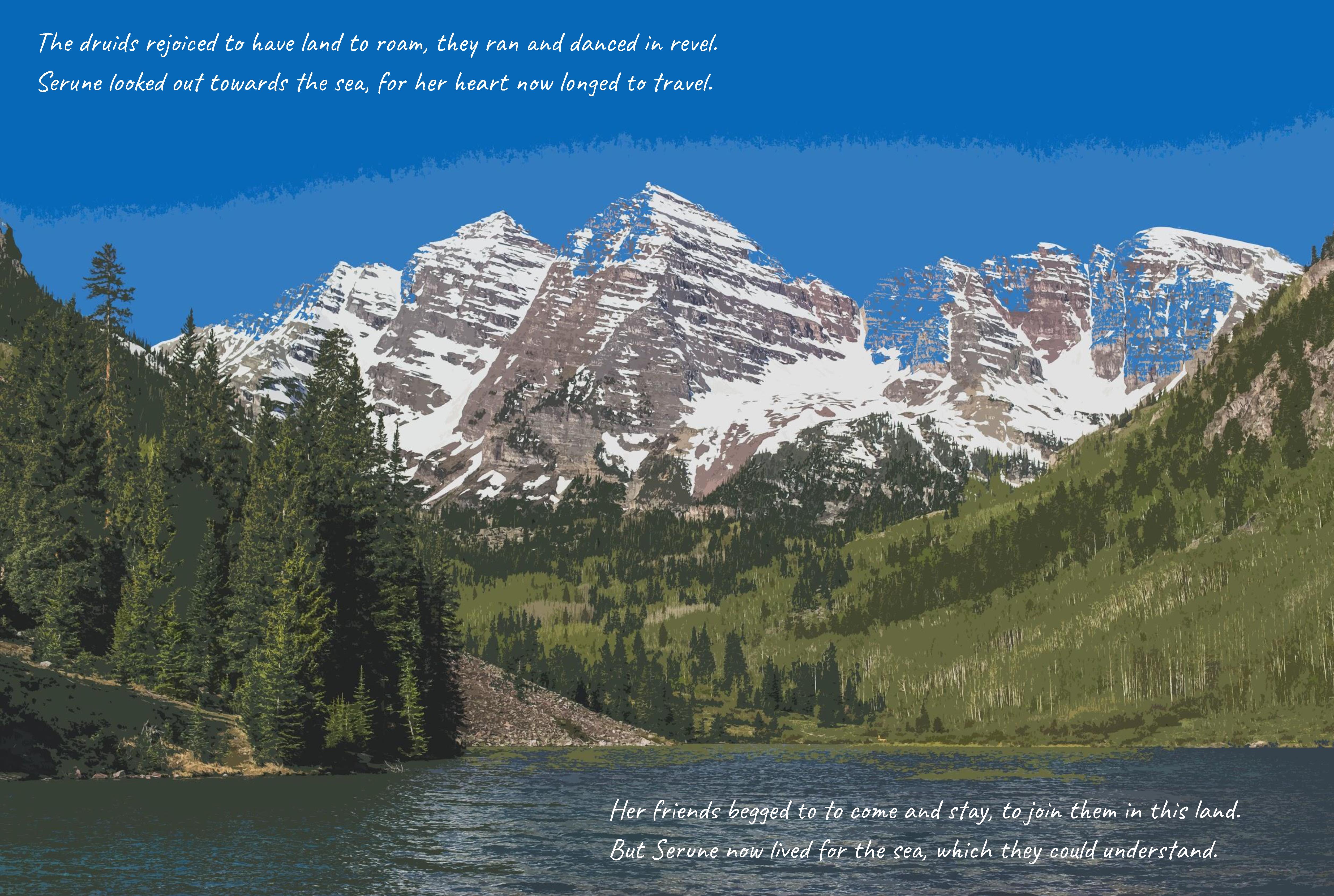 Some chose to leave once more with her, to travel far and wide.

This is the story of how a tree came to live upon the tide. 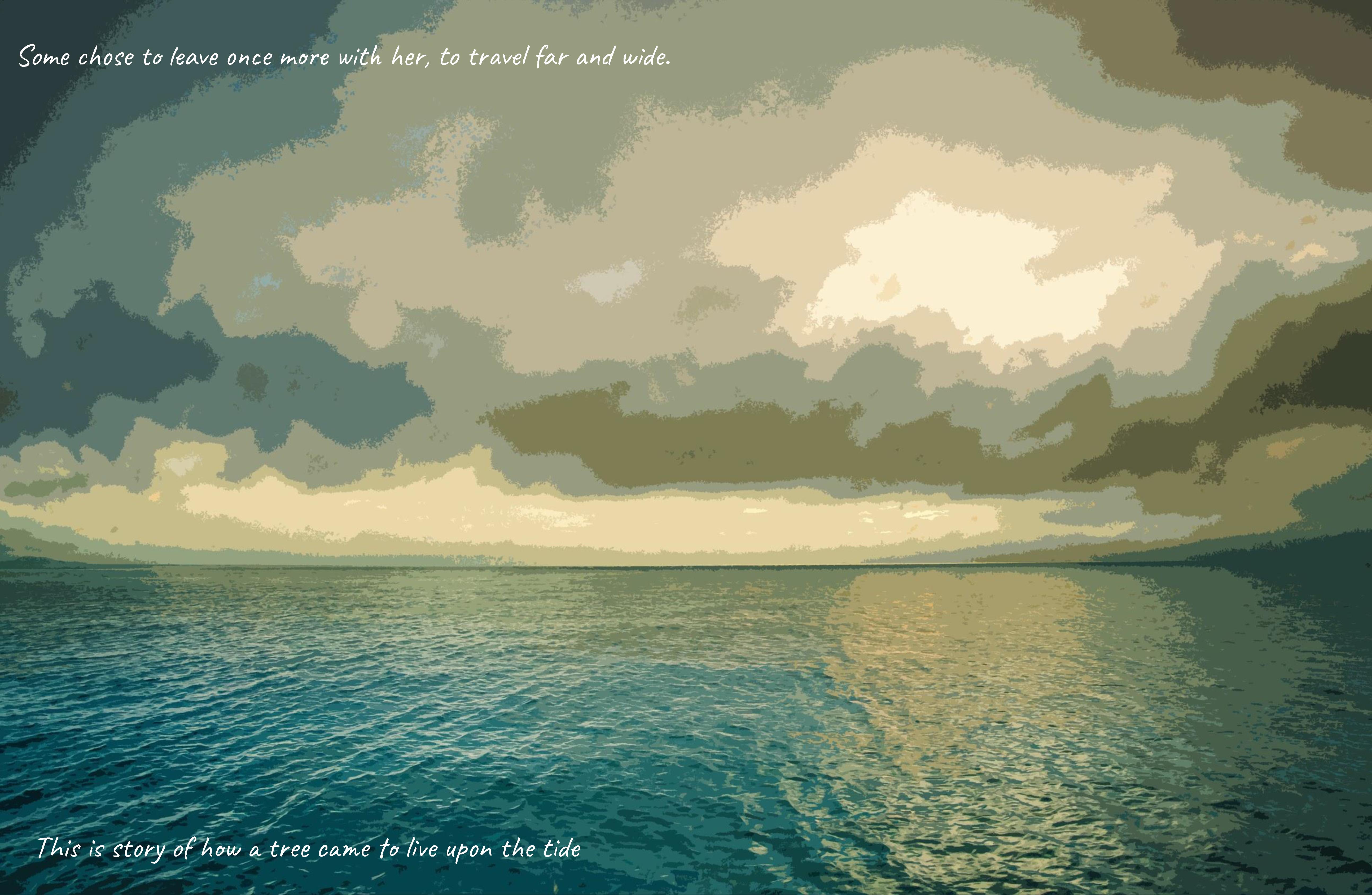