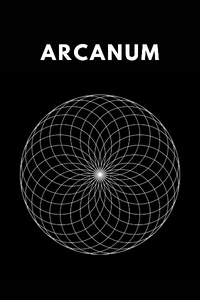 For nine hundred years, the Arcanum has endured as the premier institution of higher magical education in the Kingdom of Renaitia. Its graduates maintain the Kingdom's sovereignty against demonic incursions from the Abyss, explore the Far Planes, push back against hordes of Outworlders seeking to claim dominion of the world of Ethore, and establish diplomatic relations with other civilisations across the Material Plane and beyond.

Taelin Korr now enrolls in Quintus, one of the Arcanum's nine Colleges, and opens his eyes to new heights of magic. Though he may still be a fledgling student of little talent, through his years of study in the Arcanum, his name shall one day have its place alongside the greatest mages of legend.

This is a slow story that explores the life of a student in magical university.

This story seems to have a very bright future.

The world building is nicely interwoven into the narrative, not surprising seeing that it is a magic university story. I especially like how much of that first semester feeling that I myself once had it captures.
The magic system seems very lovingly designed and as someone who loves Systems I can't wait to learn more. There are different complex fields of magic reminding one of actually science and arts. And I am a big fan of the naming scheme.

The characters are varied and hint interesting lives, though since this story is a slow burn we are still getting to know them.
The main character is very intelligent but not a genius. We know what interests him, but there is still a lack of an overarching story plot - though depending on how the story develops it might be more of a journey type thing - more of an exploration.
Though I personally hope for a power progression fiction direction.

I am unsure of what criticism to give yet since it's still very short. Potential pitfalls could be getting to bogged down in minutia, not managing power progression well, not utilising the created characters enough. But these are merely possibilities. We'll see.

I highly recommend giving it a go.

Like the first to chapters but to early for 5 star

Nice start but I am waiting to see where it goes as I feel that a part of the intrigue of the story was presented, but it might be speculation or very distant conflict .

Characters were well presented and used to build upon the lore of this world . We are slowly being presented concepts till we just go from zero to a hundred at a point then it slows down again.

The grammar was nice till we get to technical explanation where it felt like the character was writing the explanation, as it felt like a big sausage. But it's truly integrating well with the air of the story.

In conclusion it seams to have a solid foundation, some easter eggs from previous books maybe (just found this author ) . Nice world building and logical built in the conversation,  not perfectly blended in as the reader still has to learn certain aspects that are to basic to be included in conversations and are presented as the main character's contemplation .

The only sin was when the worldbuilding assaulted the conversation and delved in theoretical , advanced and very rich in explanation aspect of the basic concept of the world function( a big sausage of information that wasn't made for a relaxing read) , but thankfully it slowed down after and explained certain concepts and provided the necessary information.

P.S. Hungry for the next chapter ,really liked the concepts and how the author brings a more biologic aspect to magic as oppose to the digital programed system concept or the mystic, misterios and ritualistic .

I really really like this but I also keep feeling like it fits a very specific niche. It's also probably going into endless hiatus so there's that.

Personally this is one of the best magic university series I've read despite only having 7 chapters and slice of life flavour. Just the ideas it's based on and the way it's presented make me excited and hope against hope more chapters are released.

BUT. And here's a big but. I know my tastes are niche and I know this probably won't be generally popular. I don't want to bring people to this that won't enjoy it despite how much I love it myself.

This story has rich descriptions of the theoretics of magic-using heavy jargon and hasn't progressed to the point where we have an intuitive understanding of the various fields. It also has a main character with very little agency so far and a vast cast of side characters with unique circumstances. It also hasn't even reached the point where he's sat through a lecture - the last class he took is still in the "non class" "introduce yourself to the class" stage.

Still early but I very much enjoyed the chapters so far. The characters seem nice, and I like that the MC isn't the most talented. The cast is relatively diverse and they seem to have actual personalities. The world seems interesting, and we are relatively constricted in knowledge so far, but there seems to be potential for future exploration/adventure.

Hopefully the story will be continued, there seems to be a bit of a lull in releases currently but I'm still hopefull. Give it a try!

A Mastery of the Basics of Magic School

This story is unique because it has nothing to make it unique from a kid goes to magic school story. Yeah, the kid is little underleveled, a little brainy, and a commoner, but nothing crazy.

You should read it for that reason however. The author executes on the basics so well by introducing a complex magic system that might not make sense (maybe even for the author) but sure feels credible.

The word choice and storytelling for this is great. Show not tell us followed religiously and nothing really breaks the immersion. Grammar is impeccable. The story takes just enough effort to read that it feels meaningful but is still enjoyable.

I cut half a star on characters just because we don't really know much about any of the characters other than the MC. However, the interactions with the MC have all been really realistic and no character felt forced or cliche. I guess it would be pretty unnatural to know much about a character that's not the MC at this point. Eh, I'm too lazy to figure out if I should that half star back.