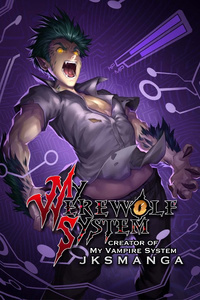 What would you do if you were to wake up one day to the message?
[You have 5 days until the next full moon]
[Your bloodlust is increasing]

Gary Dem is a person with a secret. While coming back to school appearing as a whole new person, he does everything he can to keep this from the people he cares about. For his path is one that led him to become part of the underworld.

The world has changed, and gangs rule the streets sponsoring big corporations. Bribing politicians behind the scenes and controlling the decisions people make without them knowing it. Using a new breed of humans called the Altered, a mixture of man and beast.

It was only meant to be a side job, he was never meant to dig in too deep, but on a mission for his gang, something went wrong, something changed him.

Someone recently wrote a review of this story calling it out for plagiarism, but I've done a little digging and I don't think it lines up.
You can come to your own conclusions, I don't have any hard evidence that it's not just some particularly detailed pirate.

Kawin Sherwin (the name of the account the story was posted under) is JKSmanga's IRL name, it says so on the about page of his website.
Uploading My Werewolf System on RR wouldn't be a breach of JKSmanga's contract with Webnovel, because he released it non exclusively. You can find him saying this on the top comment of My Werewolf System on Webnovel (I'd link, but RR deletes links in reviews now apparently).
He's even shilling the author's own real patreon. Why the hell would someone do that if they aren't the real author?
Also, I'm pretty sure RR manually reviews new fictions and actively filters out plagarism, they require proof of ownership for reposted stories.


With that out of the way, below is my actual review.

Style&Grammar:
The book has this light novel style with poor sentence composition. There aren't that many misspelled words but you'll see other minor grammatical errors littered throughout if you look. The author often writes figures of speech which just don't make any sense. E.g. "Instead of melons, they were the size of watermelons." like, what?
There's also telling instead of showing, like a lot of telling, usually random and unrelated. One detail I do like how the his heartbeat can do a lot of implying, that's a good stylistic element.

Characters:
The main character is both childish and stupid, he's sixteen in the story but he acts like he's twelve, he does have a sort of infectious energy about him though. He is genuinely heroic with decent motivations.
I was bombarded with so many names in the first couple chapters and so little personality for any of them that I can only remember two side characters, and I couldn't tell you either of their names.

Story:
The story is actually alright. I am sort of interested to see how he's going to cope with the whole werewolf situation while keeping it a secret.


Overall, I'm going to drop this story after reading only enough to make this review.
You might give it a try though, if you're alright with some heavier suspension of disbelief and the light novel style. Personally, those elements are some of my biggest pet peeves, so I can't give it more than 3.5 stars.

Reviewed at: Chapter 5: What Am I?