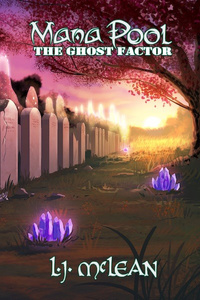 Four months since The Wave, Earth is still adjusting and adapting to the terran transformations, magic, and the realization they are not alone in the galaxy. Scott Dunne and Katie Walsh haven’t left their hometown for months but learned much of their new talents, and Jaruka Teal’s depression spirals further down the hole while doing a meager job, unable to leave the planet.

Robert Walsh—Katie’s big brother and firstborn of the winemaking family—is uncovering a correlation between terran magic, the Wave crystals, and ghost manifesting in brute force. And everybody is turning a blind eye against a possible threat.

With the arrival of familiar off-worlders from Jaruka’s life helping out and the government making moves for a better quality of life for humans and terrans, it's only a matter of time before Robert's discovery turns against them.