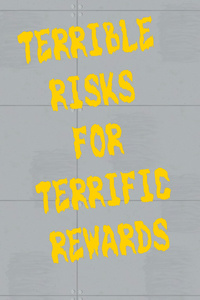 The Art Of The Popup Dungeon

Cheap and expedient the guildhall wasn’t much to look at. They simply closed off the nearby road and arranged half a dozen buildings in a semicircle around the portal. One admin office, one canteen, one sickbay, two storerooms and a shop made up the haphazard collection.

As Mickey tried to explain the requirements of the shop to a contractor, his two new employees Harold and Frederick walked up together, having arrived on the same train.

Mickey stopped talking to the contractor as he made eye contact with his friends while they walked towards him.

Without breaking eye contact he sidled over to the office door and went inside.

A couple of minutes later they found him behind a desk typing on a keyboard industriously.

Harold looked at the computer for a second, sighed and said.

‘I know that computer isn’t even running. You can stop-’

‘Hold on just a minute while I finish up here.’

‘Annnd done. Sorry about, busy busy. Now what can I help you two with today?’

‘You can start by cutting the crap and telling me why you asked me to come here. I have things to do.’

‘That's actually sort of the point. You don’t. Nowadays you two mostly sit around a bar slowly getting drunk while reminiscing about the past. I have a legitimate job for you two that is a kind of semi-retirement. Mostly training and escorting civilians and newbies. Real low risk stuff, but it’s almost like being back in the game.’

‘What, exactly, would we be doing? I got out of the game for a reason.’

‘So the job revolves around a developing metaregion in the city. I’ve managed to get a certain amount of influence over the region and will be pushing it to be more useful. With its convenient location and me managing it I expect that there will be a lot of people looking to go in and take advantage of it. So I’ll need trainers, escorts and enforcers to keep the casualties down. That will be most of your job. The pay will be solid and respectable at first and it may increase as the region becomes more profitable. Interested?’

At the mention of the metaregion Harold’s eyes lit up in recognition. Mickey had already asked the older man for advice on the best way to utilise the dungeon, though he made it sound as if it was something he found rather than created.

Freddy’s eyes on the other hand lit up with avarice.

‘You tamed a metaregion? Is there anything good in it? How rich is it?’

‘Hard to tell, it’s still really new. Which is probably for the best. If it’s anything like training a dog, getting to them early is important. Mind you, it’s not like there's a lot of information on this, so I’m sorta flying blind here. And I don't want to try pushing too hard or it’ll go wild, which in a city would be… Bad.’’

This considerably dampened Freddy’s enthusiasm. He winced as he replied.

‘Yeah that would be a horrific disaster.’

‘So are you two in? At least provisionally?’

Freddy and Harold looked at each other before nodding.

‘We are in. For now.’ intoned Harold with gravitas.

‘Awesome. So lemme bring you up to speed real quick.

This metaregion appears to be thematic. It acts like a dungeon from out of a tabletop roleplaying game or videogame.

It's conditional and puts a mark or crest on you to allow entry past the first area.’

Mickey showed him the crest as he rattled off the important facts in a dot point fashion.

‘The region consists of a series of rooms separated by doorways or tunnels. So far rooms have either been obstacle courses or have an aggressive animal inside.

After completing a room you may be rewarded with a “skill”. We don’t know how useful these skills are yet but they seem to follow the video game theme. Likely they will become more powerful with time and experience.

There haven’t been any metamaterials yet but I expect some will show up in keeping with the theme. Dungeons are filled with loot after all.

The dungeon is extra dimensional and has multiple minor nodes rather than a major central node.

We are going to regulate who goes in and either charge admission or, once loot starts being recovered, take a percentage. For now no admission will be charged until demand increases.

We won’t allow convicted felons, or people on certain watchlists in, to avoid creating meta-augmented villains or extremists. There’s more but that covers the most salient points. Other details will emerge as they apply. Any questions?’

‘What’s our org chart look like? Who’s in charge.’

‘Right now? I’m in overall control. One of you two can be in charge of the operation department. You can decide who. The other departments are logistics and administration. I’ll be interviewing the potential heads of those departments later today. Anything else?’

After they shook their heads Mickey left them to go do other things as they decided who was in charge with a coin flip.

Later in the afternoon Mickey was waiting for the applicants for the two other top positions, the chief administrative officer and the chief logistics officer. While Mickey had significant experience in actually raiding metaregions, he was completely clueless about the support structure, legal work and bureaucracy needed to operate a company much less the guild he imagined.

So he made the leadership decision to make as much of that as possible somebody else’s problem. He expected that at some point his underlings would betray him at some point and try to force him out from ownership of the guild and the guildmaster position.

His plan to counter this was to simply be irreplaceable. The dungeon could only be managed by a dimensional meta, and no other dimensional would trespass on his territory. Without his management the dungeon would swiftly become more dangerous, less profitable, and eventully close down entirely.

Some fifteen minutes before the group interview was set to begin the first applicant arrived at the office demountable. The bookish young lady walked up to the reception desk where Mickey was playing the part of his own secretary.