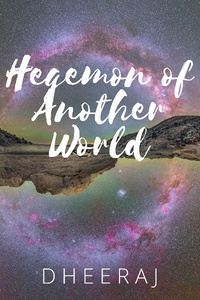 ‘Load up the carts,’ someone shouted at the porters.

Ronan stood aside and observed to make sure nothing could go wrong. It was finally time for the departure. The first batch of mercenaries left ahead a week ago. The reports from the frontlines said that the atmosphere was heating up with light skirmishes, and a full-on war could break out at any moment.

The entire caravan would usually move together. Due to the urgent mobilization orders, the leaders decided to send a forward unit of five hundred warriors.

Solodo plains was a deserted place far away from the human settlements. It had the Laplace mountain range to its north. The magical beasts claimed these mountains as their territory, and the cold plains leading to them had frequent beast attacks.

Thus they remained untouched for thousands of years except for occasional hunters aiming for the magic beasts. Since the empire had no interest, the savage tribes were the de facto ruler of these plains.

All this, however, changed two years ago, when a hunter brought back some mana crystals from the Laplace mountains and sold them in the market for a small profit.

Mana crystals were not too rare, and even Ronan had seen one before. They were a higher form of currency used in the continent. They were used in all human and nonhuman territories.

As these crystals contained mana, they can be used by both knights and wizards in their training. Mana crystals increased the speed of training, and that can be a significant advantage over others. The nobility trained and maintained large forces through this means. This firmly solidified their value on the continent as a universal currency.

Duke Farmuth, who heard about this matter, sent an exploratory mission to find out about the source of this crystal and ended up finding a large deposit of high-quality crystals in the Laplace mountains.

If he could build a mine to excavate these crystals, Duke Farmuth's power and influence would grow significantly. The imperial family owned several large mines, but most nobles had small to medium deposits under their control. Duke Farmuth would become a whale among them once he solidified his control over the Laplace mine.

However, the Solodo plains were the gateway to the Laplace mountains. Stretching for hundreds of miles, they were cold, incredibly harsh lands with frequent beasts and no human settlements except for some tribes.

The empire had existed for thousands of years but found no use of these lands. It was nominally claimed by the empire, but the tribes controlled the area even before the empire was founded.

The Laplace mountains were a dividing border between the human and nonhuman territories in the continent of Arthrea. By mutual agreement, the humans left them alone to prevent any unnecessary conflicts with the nonhuman forces on the other side of it.

Farmuth might have been the one who found out about the mine first, but such news can rarely be suppressed, and soon the rest of the empire came to know of it.

As the territory itself was not rightfully owned by any noble house, every noble wanted a piece of that juicy meat. The three northern Ducal families- The Wellingtons, The Hagens, and the Farmuths were the prominent ones.

Ronan could tell that the war would be a bloody one and probably way bigger due to the benefits it brought in. The savage tribes cannot be underestimated either.

All three Dukes definitely knew the risks, and yet they were willing to participate in the expedition. On the surface, it is a combined expedition to conquer the tribes, but, everyone knew they would turn on each other anytime.

The mercenaries were employed to fight the Farmuth army. A Duke was willing to use mercenaries to bolster his forces, usually only done by smaller nobles. The thing at stake in this expedition was not the crystal mine, but the hegemony of the entire northern part of the Dakshin empire.

The winner takes it all. Whoever wins this bitter conflict will have a unilateral advantage over the other two dukes, and sooner or later, with enough time, he might just swallow them whole. The delicate balance of the three northern powers will be disrupted. It might lead to more conflict and a superpower might emerge among them as a result.

It was a different question if the empire would allow such power to grow within its borders?

Ronan felt the empire was being too carefree about the whole issue. This was a terrifying amount of wealth, and the empire was acting suspiciously. Sure it wasn't a big deal for the empire, but the royal family had equal right to fight for the crystal mine as others, and yet it remained idle.

The empire's law stipulated a sixty-forty split of any ores found in a nobles territory. The royal family would technically win no matter who controls the crystal mine.

Ronan doubted that the empire's plan was to borrow a knife.

The war would weaken the three Dukes, and towards the end, the royal family can swoop in and claim it all, killing four birds with a single shot. If Ronan was the emperor, he would do the same thing. It is to prevent any single noble house from gaining too much power, which would turn into a thorn for the royal family.

Ronan sighed and stopped his speculations. He had too little information to grasp the whole picture. Limited knowledge was more terrifying than not knowing anything at all. It might lead him to make stupid decisions.

“Ronan, is everything complete?” a man in his mid-twenties interrupted Ronan's thoughts.

Ronan glanced at the man and said, “Senior, everything is going smoothly. I will have to trouble you to inform master. We have to depart soon. The first carriages have already started. I’m afraid we need to start within an hour to catch up.”

The man nodded and said, "Alright. Careful, we can't make any mistakes at the last minute.”

Ronan acknowledged and busied himself with work. Soon all the carts were loaded, ready to depart.

Dr.Virat arrived shortly and, they all departed along with some mercenary guards. Ronan sat on a horse cart in the center of this grand caravan.

The Albus mercenary village was located on the outskirts of the Wellington territory, far away from any influential noble households. Only in this way could the Albus brothers use a piece of land and avoid paying any taxes. This came into use as the location of the frontline camp was near to their village.

The nobles knew of their existence, but let them be. The mercenaries were an easily employable army that they could use when necessary instead of keeping a large standing army.

It benefitted both parties, and the small scale of the mercenaries meant that they had no power to overthrow any noble household. The nobles feared nothing more than a rebellion.

Some nobles wanted to swallow the mercenaries to bolster their own forces, but couldn’t, because of the Albus brothers, who were all knights.

Making an enemy out of a knight was not a good idea. They wouldn’t be able to win without considerable losses to both sides. Thus the Albus mercenaries was a rarely seen neutral group which is not sponsored by any nobles.

Ronan learned most of this from Dr.Virat, which changed his opinion of the Albus brothers. In an era, with no law or democracy, a mercenary group was functioning smoothly without any major problems.

Ronan, Kaleb, and others were orphans rescued from various places and were raised by the mercenaries. It was to inject new blood into the camp but, they were also given a choice to choose other less dangerous careers. They were treated without much discrimination, and those with talents were rewarded.

Nepotism was suppressed. The kids of mercenary leaders might get some preferential treatment but, they had to show their worth if they wanted important roles. This was already impressive in a world ruled by fist, the mercenary leader had good leadership skills and was much more lenient and understanding.

Their skills are again seen in how they handled the various nobles. It was not easy to establish and maintain a village in someone's territory without conflict. All these showed that an intelligent person was leading the camp.

Ronan hoped that the caution and skill shown by the leaders will be fully displayed in this war. The war could be their grave, but it could also lead them to unlimited possibilities.

Only when the group gets stronger would Ronan’s importance increase.

Ronan made up his mind to use every skill at his disposal. For the past three years, he was careful to only reveal enough to get what he wanted, but never enough to arouse suspicion. Now he needs to change. The more attention he can get, the better his prospects would be.

A note from DHEERAJ G

The beginning is slow, but it will move fast in just a few chapters.

Support "Hegemon of Another World"