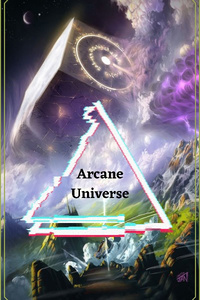 The community was in an uproar today, three topics were being discussed.

The first is the payout that the system gave to ranked players in the top 10. That's because one of the ranked players ended up revealing his winnings. In addition to a lot of gold coins, he ended up earning 2 rare items and Fame and Honor points. Rare items were not just weapons, there were also potions, tools, etc.

This information ended up surprising many players. They knew the system would give rewards, but they didn't know what they were. Rare items? Golden coins? This was madness!

Players tried to imagine what the TOP 3 had won. If a player who wasn't even in the Top 5 had won rare items, did the Top 3 get a 1 SR item and a lot of gold coins? They didn't know, because the other players didn't reveal their winnings. Players got even crazier to get into the Top 10.

The second hot piece of information was about the Twilight Guild.

The guilds learned of information that could change the way non-combatant professions are viewed.

The guild that found out about this was not a guild from world 1, it was from world 3.

Twilight Guild found out about the forge projects. They discovered this when they were passing through level 20 areas. Due to a conflict, they ended up having to fight a small horde of monsters. This caused the death of many players, however, when they saw the loot of one of the monsters, they were surprised. A book called "Forge Project" came in the loot.

—Forge Projects are guides that describe how to make items. Blacksmith players make their items based on items that already exist or they learn to make specific items through books, but this method is more difficult as books don't contain much information, especially when it comes to powerful items.

Blacksmith players were excited by this information. Now they would be more valued and better pay.

However, the happiness of many players ended the moment they found out that the Twilight guild would not reveal any of the projects. The information contained in the project is completely secret, and only Twilight blacksmiths have the right to know.

The Twilight Guild did this for a reason, monopolization. With the monopoly of project information, they would be the only ones who would know how to make the items contained in the projects.

Neither players nor NPCs will give information about powerful items to the masses, it could cause a lot of problems. Also, with the monopoly, they could accelerate their guild's military development and earn a lot of money.

The Twilight Guild decided to hire more blacksmiths to produce the items. Of course, the contract prohibited players from leaking information about items. If they did, their accounts would be deleted.

–Our Heroes can also end up getting this

-hahaha! I wonder how many great guilds will fall

–You will see my guild rise!

The 3rd Topic that was being discussed was the unexpected growth of Our Heroes and small guilds.

The growth of small guilds and adventuring groups has been held back in other games due to many factors. The first factor was the lack of opportunities.

The second factor was fear, fear of something happening to you if you cause serious damage to the big guilds. The big guilds didn't just have power in the virtual world, they also had a lot of power in the real world. People end up being afraid of angering the big guilds, but now… who cares?

All personal information was hidden. The Guilds will never be able to find out about your personal life.

Of course, players won't damage guilds for no reason, as guilds could send their members to hunt them down and send them to level 0.

Turns out, the rise of small guilds and adventuring groups started happening all of a sudden. Many players who joined the game during the sale of the 2nd batch of VR started creating adventurer groups and guilds.

Some guilds and adventuring groups found opportunities so good within the game that they grew at an explosive speed and eventually caught up with older players in levels. The popularity of these groups eventually increased and they held recruitment.

A fast rise, a good reputation, and a high potential. These 3 factors influenced the rapid growth of these groups.

Among so many guilds and adventuring groups, a few stood out.

Our Heroes–Favor of the Hawk | world 2

These were the guilds and adventurer groups that stood out the most. Guilds are still in search of the Token, with the rise of new guilds, the search would be even more intense.

The leaderboards were also updated but did not affect the top 10. However, the Top 100 was busier. Some players were in and out constantly.

—The fight for the Top 100 was so intense for one reason, Fame and Honor. Fame and Honor were not exclusive Top 10 bonuses. Although they did not receive any system-exclusive rewards, players who were in the top 100 earned Fame and Honor. Players over the days have discovered why Fame and Honor are so important. Even the way NPCs treated players changed if they had a lot of fame and honor. They could take more missions and have more opportunities.