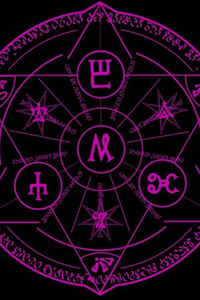 Descent of the Arcane

Caleb was your average office worker in most ways. He went to work did his job to the best of his abilities begore going home. The thing that set him apart was his fascination with the occult and anything tying into magic. Now, he realized that it was all fake but a part of him yearned for a world were it was real. A world of adventure and growth. Maybe he should have been more careful of what he asked for.

"Caleb look at this. This book mentions something called a Cradle of Life." Maddy one of Caleb's few friends got his attention. They were currently pouring over a fee old times that they were having trouble translating.

"My tome mentioned something similar. Look here it seems to say 'the Great Rebirth shall transform the Cradle so it may join'. Unfortunately it doesn't mention what the Cradle will join nor exactly what the Rebirth is." Caleb replied while looking at the gorgeous 5'3" red haired woman next to him. Most people found it strange seeing the two together. Caleb was 5'8"  had light brown hair and a bit of a stomach pouch if he was going to be honest while Maddy looked like a model who worked out almost religiously.

ALL SAPIENT CREATURES RELOCATED TO THE TUTORIAL. 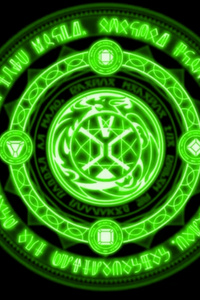 The Path of Runes

When I started reading this I thought that this must be a non-native English speaker due to all of the spelling and grammar mistakes, but it became clear through some of the word choices that the author is American. It is somewhat ironic that this book is about a linguistic genius but is written by someone that struggles to write their own native language.

A few spelling or grammar mistakes here and there are to be expected in some of these stories, but there are so many that it does ruin the immersion and take you out of the story. Some of these would be solved with a simple spell check, which is particularly galling. The author does, however, use paragraphs correctly, and many other elements that are missing when non-native speakers try to write these novels, which certainly improves this and brings the grammar score to above 1 star.

The story itself is fairly standard LitRPG system apocalypse stuff, and does as well as any. The reason I haven't just given this a 1 star is because the story really does do the heavy lifting in this one, and there is a lot of work for it to pull in order to make up for the rest of it.

There are several characters in this novel but they are all hollow, one paragraph characters that have almost nothing to say to the main character. There's no decent conversations or human moments. There's no realism or sense of struggling or humanity. Each character is described in a sentence, or possibly two. Dialogue is limited to describing LitRPG elements that the character might not know and that's about it.

The main character is far too much of a Mary-Sue. Initially they have a great talent of being a lingustic genius and the author looks like they are taking it in the direction that this would make them a runic master, which would have been great. Unfortunately, they then added in that he was a combat genius as well, and had this unbelievable bloodline, and really anything else that the author wants them to have and it just doesn't make sense and makes the main character really boring. If they had been just a runic master then they would have had to learn and grow in order to cover up their weaknesses and flaws. The author could have added in other characters to help the protaganist and really improved things. As it is, though, the main character can do anything better than just about anybody and there's really nowhere to go from there.

Style-wise this is not great and feels really rushed. Rather than taking the time to explore the main character's backstory and really flesh out his skills and motivations, the author just states he is a linguistic genius and whenever he needs to know a skill or ability, the author just puts an immediate deus ex machina in stating that the character had mastered all forms of combat when he was a child or some other nonsense that had never actually been mentioned before.

There are no real descriptions or any kind of world-building. No conversations or dialogue. Everything is just about what the main character is going to do next or about the LitRPG elements. The author really needs to slow down and start describing things, talking about things, and giving their characters some actual motivation apart from "numbers go up".

Overall, the story saves this one but the author can do much better. It's good enough that it is not worth abandoning and starting again, but spellcheck, grammarly, descriptions, motivations, slowing things down, putting important character points earlier in the story rather than the paragraph before they are needed, and many other things need to be improved upon.

A new story...let's see how it goes

Decent world building and author seems to care about the story so hopefully won't be dropped. Not enough chapters to know how it will turn out but I am feeling hopeful.  Author says hes interested in feedback and while that may be a good thing I still hope he'll stay true to his own vision. If an author takes too much of his audience's views he'll lose what makes his story good

This Review might be over the top and focused on negative things. still It got a certan rythm to it, that made me continue reading, so consider carefully if my negative is your negative.

Rating is reflecting that, Its a new story, And I don't really want to destroy it.

The Grammar suffers through quite a few of Homonyms/ misspelled words. (Honestly immersion breaking for me at least)

The Style is that of a LitRPG story.

The status window is quite massive (Textfronts) and I am still not all that sure how it works (runes-spells etc) ( okay might be to early, or just me)

Quite a Lot of the chapters feel like there are chapters missing inbetween them. like In chapter A he is getting his Affinities checked. In chapter B he developed X spells and got archievments. (To passive for my taste at least.I want more Hands on approach- sure the magic system isn't the focus here, still a bit of seen development would be nice)

The MC is obviously a genius without equals. ( only the system is still declaring him 'talented' not godlike) But his actions speak more of a recless character who isn't thinking all that much about what he is doing. (I know it's hard to find a witty MC, but it's fitting better with all that genius thing)

At this point I would say its a Xianxia story. (cultivation incoming )

Good Story with potential, but needs some TLC.

Good story so far.
There are some homonym problems, in addition to some spelling issues and other typos. Some of those make it hard to read at times,  but if you power through it is a good story so far, I hope the author can keep it going.

The worst offender homonym-wise for me is : do => due

Reviewed at: Chapter 7: Learning and Training

I went into this expecting spelling mistakes from the beginning just because of the summary. This is clearly written by someone who English is their first language but the spelling mistakes make me think they are very young. So hey cudos to the athor you are writing something that has garnered a lot of interest please don't take this negative I believe if you keep writing you'll only improve.