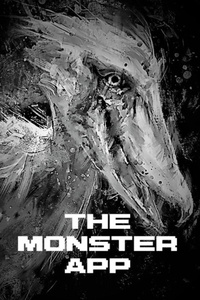 "Humans! Your world will end on the first day of the new year. If you wish to survive the apocalypse, receive my egg, fertilize, hatch, and evolve the creature within. Unimaginable horrors await those who fail at this simple task. Know that what is coming is for my amusement. Everyone will soon fear the name, The Majestic Pink Fluffals the Third!"

If you don't like what you read in the first two chapters, then chances are that you are not the target audience.

Trigger warning for those who can't stand military, politics and multiple P.O.V's.

The reader interactive bit of the novel refers to adding reader created Tamers and monsters into the story. Readers who are willing to join the Monster App community after reading the latest chapter will be given priority when it comes to suggestions, feedback, idea submission and overall story development.

The monster system inspirations come from Digimon, Pokemon, Yu-gi-oh!, Monster Hunter, Solo-Leveling, and more. (This is not a FANFIC, so don't expect it to be the same as those examples)

The concept seems cool - pokemon go re-skin gets sent to everyone, and turns out it's real, and a prelude to an apocalypse.  There's potentially a pretty cool story there (if you could manage to blend the happy tone of pokemon with the grimness of a post-apocalyptic world).  But that story isn't this one.

The author says this is "a light novel story which is NOT highly descriptive".  What that means in practice is that all the exposition takes place verbally.  That means there is a whole lot of dialogue; speech makes up the majority of all the chapters I've read so far.

Unfortunately, having people reveal new information in conversation leaves that dialogue feeling odd and out of place; people go into bizarre levels of detail - to reveal things the audience need to know - but that make no sense as a thing someone would actually say.

Even when characters are just talking to each other, there's still something slightly inhuman about the word choices and tone.  An example:

"Of course, look at yourself. You were almost as good-looking as me in college. Now I hardly recognize you under all that fat."

"If you don't mind, I would like some water. I am about ready to collapse."

"Sure, take a seat in the living room. I will get you a bottle."

Sander walked over to the expensive sofa in the living room and hesitated to take a seat. He wondered if his sweat would ruin the fabric and decided to grab an old chair instead. He reversed it and sat down as he rested his hands on the head of the chair.

Mash walked in with a plastic bottle of water and tossed it over to Sander to catch.

"Is this from that miracle water bottle company you work for?"

"Correction, I am a partner at the company that creates environmentally friendly recyclable plastic. Bottled miracle-tonic water is just one of our products."

(context - these two were friends at one point, but drifted apart perhaps a year ago)

I find it a bit hard to pin down quite what it is; sort of like a literary uncanny valley.  The dialogue feels like they're strangers rather than people who know each other; there's no chemistry.  And it's that chemistry - tone, certain phrases, little in-jokes or references - which lets you tell the reader about a character without spelling things out without resorting to big exposition dump descriptive paragraphs.

This just feels like the paragraphs got up and started talking at each other.

This stuff is good

Stories pretty good ,the main character is all right nothing too special right now but his companion powers is very interesting because of the limitations  of the power but how much stronger it also is. The world buildings all right and character interactions most of the time feel natural. Overall good novel would recommend if you like Pokemon Monster Hunter or anything similar to those

Reviewed at: Chapter 10 – Battle over Rockville

Its a fun story but its also very clunky. Could do with some real dedicated editing if you want it to last. The idea is sound and I can see some of your fun in writing this story coming through but some of the mistakes kept pulling me out of the world.

Not the smoothest read

This story is not terrible, but is heavily held back by disjointed prose and the author's tendency to overexplain many things that aren't relevant to the story or could have been done at a different time (a good example is the handling of the AI butler's name in chap 1). If you can handle the unnatural dialogue that arises from this (because the author handles pretty much all of the exposition through dialogue) and the okay attempts at satire there are some interesting concepts in here, but the story is not for me.

Light as a feather of a Shoebill stork

The thing that hooks me into the story is not the characters but the concept of the story and the comfy experience I felt while reading this. Some serious reader or reader who takes everything seriously might not enjoy this but for people who likes or is searching light hearted yet not at the same time, this story is for you. I mentioned the characters didn't hook me into the story because it's not that they are bad but it's because I like the concept and comfy experience that the story gave me better.

Reviewed at: Chapter 25 – Evolve to survive!

Its really interessing and fun, the updates are quick and the story is engaging.

I love the characters, each one hás their own motivation and are unique.

I am really liking It, i didn't Review It before because i forgot but now that i remembered  here It is.

Thanks for the amazing story :)