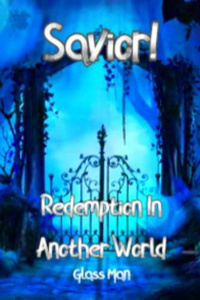 Savior! Redemption in Another World!

"Of course, it's only natural that you'd also receive knowledge in this exchange. Care to join me in my office? I understand some information can be sensitive." The old scholar said, a gentle smile stretching across his face.

"Lead the way" I reply, as he turns and begins to walk towards one of the doors leading behind the reception desk. After tapping the door with a card from his waist, a click can be heard. Neat.

After stepping through a veritable maze of identical wooden hallways, I'm brought into what looks like the room of a teenage bookworm.

Multiple books and pieces of paper strewn about on the walls and floors, comfortable chairs and accompanying tables seemingly placed randomly throughout the room, and a collection of different alcohol behind a well-kept bar.

"Take a seat anywhere, I apologize for the mess but I was so curious about your answers I visited every text I had about arithmetic yet came up empty-handed. I should probably also finally introduce myself." The man said, turning around to shake my hand. "The name is Severus Hydrus. Call me whatever comes to mind."

Immediately, Severus waved his hand, and his books and pages began to sort themselves and return to their respective shelves and bookcases.

Taking a seat on what amount to a large chaise, Severus took a seat in a large bean bag-esque chair and motioned his hand, causing a table to come between us.

"Now, I'd like you to start. How did you solve the advanced problems that most scholars have issues with, with so little time, and what do the strange symbols mean." He said, relaxing and putting his hands behind his head.

"No no no, I consider the knowledge I have to be of a much greater value. So, instead, you'll present me with everything you know about recent events and interesting news from the capital, and I'll reciprocate with the appropriate amount of knowledge in return. Keep in mind, I am the only member of my family on this planet." I mean, there's no shot my family reincarnated, so everything I said was technically true.

"I thought you'd say that. Since I have no room to bargain anyway, I guess I can agree to that." He said, sighing.

I'm actually surprised that worked out so easily.

"If it's information from the Capital, only a few things of recent stick out to me. Firstly, are reports of two abnormally strong individuals, apparently one is within the capital and another recently left it. The only other interesting pieces of information are in regards to the newest magical institutes being built there." Severus says, sitting up and quickly chanting something.

After his short chant, an unlabeled bottle of alcohol begins to lazily float towards the table between us.

"You've piqued my interest," I say, relaxing my posture a bit before continuing. "I'd like to hear about these abnormal people first and the magic institutes second."

"Very well, allow me to begin," Severus said, pouring himself a small glass of alcohol before continuing. "The one I'll take about first is known as the Immortal Man. We don't know if it was an incredible combination of artifacts, genetics, or simply a never-ending mana pool, but no matter what damage you could inflict to him every wound he'd take on would heal just about instantly. As a test, he agreed to let every single mage from every single academy within the area form a line and blast him with any spell they could think of. After nearly six hundred mages and thousands of spells, he came out with a grin and an unbroken body." Severus said, a shiver of fear running up his back.

Yep, that's either a complete lie or a person Ego wants me to either meet or kill. Based on everything I know about the bastard, it's not the former.

"Is there any way to verify that story? It sounds incredibly hard to believe." I say, looking the grey-haired scholar in the eyes and meeting an icy glare.

"I know it sounds unreasonable, but my memory has yet to fail me. I was one of the mages to fire upon the lunatic, sending a beam of fire strong enough to melt even Mythril directly through his heart. I'll never forget his face as the hole where his heart used to be closed up in a mere moment." The old man said, a small, nearly unnoticeable twinge of fear still lingering in his voice.

Great. The first real hint I get about what Ego wants me to do, and it's a story about a person literally impervious to damage.

Man, I'm a reincarnator! Shouldn't I get some overpowered spell or ability from Ego? All I got was an obsidian asshole in my brain telling me to kill my family!

"What about the second one?" I ask, taking this conversation suddenly an incredible amount more seriously.

Hopefully, this one is a little more on the reasonable side.

"He's known by most mages as his old mercenary name, Perfect Mirror. I prefer to call him Copycat. No matter how complex the spell you cast, if he saw it for even a moment, he'd inexplicably be able to copy it perfectly. He used to be an incredibly honorable member of society, being one of the only six people to ever reach the highest rank in the Union across the continent. However, around two years ago he threw away his title and formed an underground guild known as Black Blur. Although it's technically a legal form of adventuring, the assassination of high-end monster tribes and insane mages, it's an open secret that it's simply a front for a much darker life. However, wielding an arsenal of nearly infinite spells, no one is brave enough to stop him." Severus says, his voice containing a twinge of, jealousy?

Great, a guy who can copy any magic used against him and a literal immortal.

Couldn't you have given me even a little bit easier of opponents?

"Any others that stand out even half as much as those two?" I ask, silently wishing for an answer I know to be impossible.

"None. I hope the little I know about Copycat and the Immortal Man was enough to satiate your curiosity." Severus says, most likely suspecting my answer.

"I'd like to hear about the institutes of magic now, thank you very much," I reply, a nod of understanding coming from Severus before he continues.

Yeah, I really don't wanna think about having to fight either of these people.

"Institutes of magic, also known colloquially as magic academies, are staples of the Magic Kingdom. Recently, the Capital and Crown are trying to make sweeping changes to the systems within these facilities, mainly due to pressure from noble magic houses." Severus said, an exasperated look coming over him as he takes a drink of alcohol.

"First things first, there are only three real choices for academies around that area, the Greater Fire Magic Academy, Ulran's Academy for Unearthed Undead, shortening that to Ulran's, and the Mystic Mages Academic Union," Severus says, my interest immediately skyrocketing. "The Fire Academy has the highest cost out of the three, but it has a magic item shop for students, an impressive amount of classes, and a good amount of its staff are part Pheonix."

"I'd like to hear more about the undead academy if you don't mind," I say, trying to hide my excitement. Undead are real, and they're not mindless zombies?

"Ulran's is the cheapest of the three, due primarily to the fact it's a mixed academy, filled with both living and undead students. Its headmaster is a demi-lich known by the moniker Ulrand the Grim."

Severus said, scratching his head a bit before continuing to speak about the last institute.

"The final one I was able to get information on was the Mystic Mage's Academic Union, but aside from the fact it's held in the same regard as the other two, there's not much else out about it. Aside from the price per year of the course. The Greater Fire Academy costs around four Oro per year, Ulran's at half of that, and the Mystic Union sitting comfortably in the middle at three Oro."

Interesting. I have no idea how much an Oro is, but it's most likely a sizeable chunk of money.

Yet, the power of negotiation is in the hands of the party that needs less.

"Are you willing to share your knowledge now?" He asks, a flash of greed appearing on his face.

"Well, what you've told me amounts to nothing but a story and rumors. So in exchange for my knowledge, I'd like to be financially reimbursed. " I say, smiling softly and leaning forward.

"Fine. I'll give you a bag of greater dimensional storage as I see you have no storage items, as well as one oro if the knowledge is valuable enough."

That solves my money problem for the near future as well as my issue of not having anywhere to keep my anything.

"Deal, now bring me a blank piece of paper. It's time for a math lesson."

A note from Glass Man

Two potential enemies! One we may have already seen? Also, more info on magic items! Hope you guys are enjoying the novel so far :)

Support "Savior! Redemption in Another World!"

Bio: Hello! My name is Glass Man and I'm a writer writing here for the first time!