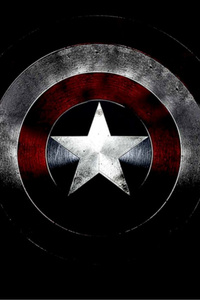 The Infinity Stones are not to be wielded lightly, as Steve Rogers discovers when he washes up on the shores of Westeros. In a world of swords and spears, what difference can one shield make?

One of the best Fan Fictions on the site.

Reviewed at: The Tournament of Harrenhal - The First Days - Feasts and Foes

A quick favourite, Captain Westeros is a great story of idealistic and moral super soiilder in the immoral land of Westeros.

The story is written in a third person narrative. It gives the feeling of old tv shows with the end of the chapter promising more adventures to come. There are some weird parts of the story where the story reads like an interactive story (with multiple choices) but the choices have already been made. Overall the style is pretty good.

The grammer is good. I have found no glaring gramatical errors or typos.

The story (being a fanfiction) is set in the epic world of Game of Thrones and the author does a really good job at making the world feel like the one in GoT.

The story takes place before Robert's Rebellion and it is really fun to read about a GoT fanfic in that time period.

The characters are where the story truly shines with all sub characters being similar to their original counterparts and quiet fleshed out. The subcharacters feel like real people and the main protagonist really seems like Steve Rogers instead of a SI of the author.

Overall this is a really good story, definitely one of the best FanFics on this site.

Far better than it has any right to be

When I read that this story is a fan fiction of Captain America in Game of Thrones, I was morbidly curious. I mean there's no way this comes out well right?

I'm not gonna write a long-winded breakdown review, just know that this is pretty entertaining story and definitely worth the time to read.

Reviewed at: What If?: Bay of America 1

I am not usually interested in Fan Fiction but this story is well done melding the MCU and GOT (Plus I am a big Cpt. America fan). With all of the materiel that both sources give this story could go so many place, I am looking forward to see where this story goes!

Reviewed at: The Spark

Legitimately one of the best Cross Over Fanfictions I've read in recent times, genuinely made me not put it down until it was done. I'm grateful to the writer for doing this because it gave me faith that Game of Thrones crossovers didn't have to be entirely based in the same universe.

Thank you for writing!

Reviewed at: What If?: Bay of America 2

I binged from all week and easily caught up to Bay of America 2.

Overall the blending of the juxtapose between Westeros and Rogers was well done. There were moments you just KNEW knuckles were gonna fly or when words did more than deeds. I liked the pacing and the subtle way the writer changed events by really tossing giant butterflies of chaos through the actions of Rogers. No spoilers. You'll have to read to see what I mean.

This version of Westeros isn't the Shakespearean bloody gut wound that we got from GoT all because of one kid from Brooklyn who would dare to do the right thing. Well done Ser.

The best fanfic on RR, people need to read this.

Reviewed at: Welcome to the Stormlands

You know, some people like to combine things together, thinking that it will make it better, like pizza with pineapples. Absolute monsters.

But this, this combination of one marvel character, captain america, and game of thrones, is a chef's kiss.

Let me start with the Characters 5/5:

The characters are alive, they have their own past and worries, we are connected to them throughout the story, we learn of their strengths and weaknesses and cetera.

Steve, as the MC, was well written. And he remained true to his presentation in the movies.

The rest of the characters are also acting true to their environment, which is the game of thrones world.

We are shown and not told from a third perspective of Steve, unless of course there is an interlude which changes the POV to some other character with importance to the story.

The pacing of the story is done beautifully, and we are not given info dumps that drop on us from nowhere.

Very well done in my opinion.

It is set in the time of the mad king, Steve managed to survives the final fight with thanos by helping Tony with the stones, but when they used them, he got transported to the Game Of Thrones world.

From here on out, the well written Steve is of course compelled to help against injustice, and for all the people who know a bit of the lore, they will know whats about to happen with whom.

It all connects beautifully, Steve’s well written kind and just character helps the other characters shine in their own aspects.

Do I really need to explain? didn’t see any problems.

A bit of very small critesisem:

In the very start of the story, the author used to add little spoilers in the chapters, which held choices that Steve could choose.

that wasn’t good, BUT HE GOT RID OF THAT WHICH IS GOOD, IT IS NO LONGER INCLUDED IN THE STORY SO DON’T WORRY.

That's probably why you will see some bad reviews, but the author grew after writing more and more, and his story truly is amazing.

furthermore, he really is slow with the updates, and it is currently on hiatus, but I have faith that the story will continue.

I still come back to read some chapters of the story, like people return to well written books.

In conclusion: you should read this wether you are a fan or not.

Well worth the read

Reviewed at: The Spark

This is a fun story of the role a single powerful man may play in the world. It is interesting to see it told with familiar characters in a less familiar setting - pre-Rebellion.

I like the characters and the pacing. The mix of comedy, drama, and action.

Thanks for writing and sharing.

Disclaimer: This is my first review, so I apologise if I just ramble.

I immediately fell in love with the story and finished it in one sitting, the story illustrates all the best traits of Captain America without making him annoying or 1-dimensional.
The characters are extremely interesting, without the story being driven by them.

I disagree quite a lot with how the author publishes his story (Deciding which story to write from a poll on his patreon), but I guess it's worked for him so far, so I can't judge.

The author clearly enjoys both their subjects

Reviewed at: Two Weddings and an Invitation

Listen, this is about captain America in Westeros.  Well, it feels like Cap (MCU cap at least) and it feels like Westeros so there's not much more you can ask for.  As of the first slate of chapters it's been very slice of life, but the author has done the leg work to set up a few fun long term conflicts.

The period of Westeros history is one of the coolest.  It allows for the most fan-fixing since it's only really discussed in rumors and memories from the series.  It's also the one with the most comedy of errors in my opinion, making it ripe for someone like cap to come in and spice it up.

The writing is good, the characters have been done well so far,  the fannon hasn't been too over the top. Though there has been quite a bit of serendipity (almost too much) but then again why write in a setting if you're not going to take full advanatage of its cooler peculiarieities.

Reviewed at: What If?: Bad Influence 2

One of the best stories I've read on RR. He perfecrly captures the world and characters of game of thrones and also the personality of captain America.  I binged all the chapters in 2 days.  Don't miss out on this story.

I was hesitant because it was fan fiction but don't let that stop you. Even though you're familiar with the characters and world, this is a unique story that feels completely original.