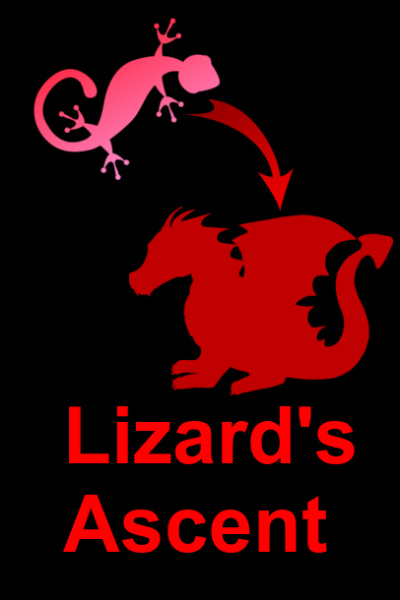 Remove Ads
Previous Chapter
Next Chapter
A note from Gamefrog51

Cinis is about 30 centimeters long, a bit less than 12 inches. Large for a lizard, but not otherwise.

This chapter is early, because I won't be able to manually upload it and am not able to schedule it correctly after a wrong schedule. next chapter will be the sunday after this one hopefully.

Shoutout to the fiction "Endless River" by TheJournalist.

Me and the Author took a look at our drafts and exchanged Opinions. I thought the story is really fun and has great potential.

This is the description given by the Author:

Zed, a previously self-proclaimed worthless person with no confidence whatsoever, dies in a tragic drug overdose only to find himself reincarnated in a strange new magical world as an Eagle! Yet the strange occurrences don't just end there because he receives an invitation from a mysterious multi-verse organization through a system. After accepting, he discovered that the system became just like his beloved MMORPG. Now, He's able to grow stronger through Cultivation, Leveling up and Quests!

Follow his story as he navigates this new world while giving himself another chance to see what he's capable of.

Ch.5 A bit of an adventure.

‘This cave is, it’s beautiful.’

Aiden exclaimed as Cinis looked around the cave. The cave contained a river, but the highlight was the crystals that grew all around the cave. On the floor, the ceiling and all over the walls these crystals sent out a flickering light that made everything look like it was under water.

‘Can we stay here? It’s so much better than our old hideout.’

‘If you’d like to of course. It seems better, especially because it’s closer to our hunting grounds.’

‘Great, could you let me out so I can move around a bit on my own?’

Aiden enthusiastically asked. Cinis decided to comply and let Aiden out. However as soon as Aidens flaming shape revealed itself streaks of light started to appear from the crystals, centered around Aiden. These streaks seemed to slowly move towards Aiden and to be absorbed by their form at contact.

‘What is happening? Cinis, get me back inside, quick!’

Cinis tried to but it didn’t work.

‘I can’t, something is blocking it.’

Panicked, Cinis tried again and again yet they still weren’t able to get Aiden back into safety. This whole time the cave dimmed, as the energy that supplied the light was seemingly drawn to Aiden.

Cinis hadn’t thought about it extensively, but due to Aidens dark attribute they were unable to illuminate anything. Only giving off heat and not light. Thanks to the heat Cinis was able to locate Aidens position. They were not able to see the rest of the cave however.

‘I am a few body lengths away from you, don’t panic, Aiden!’

‘Can you get me back now that all that light is gone?’

‘I still can’t do anything, but I’m getting a response. It says something about “Metamorphosis”, do you know what that is?’

‘No, can you find something on your status?’

‘Maybe that Light was good and accelerated your development.’

‘It says that you can do a “Metamorphosis” now. Do you want to?’

‘It shouldn’t be bad right? In that case I accept!’

“Undergoing [Metamorphosis] unable to use Skill”

With that sentence Aidens constant presence vanished out of Cinis’s mind. This also seemed to disperse their current manifestation. Taking away the only anchor, Cinis still had to somewhat guess their position.

Cinis then attempted to find the slit that they came in through again. Feeling confident they were walking in the correct direction Cinis sped up. Finally they felt a fresh breeze of air, clearly coming from the entrance when suddenly they tripped.

Unable to hold onto the slippery crystal ground, Cinis tumbled down a slope hitting a few rocks on the way and losing 4 HP.

Under shock Cinis attempted to get a grip on the surface of the crystal but the already slippery ground was now also wet with the moisture of the nearby river. Cinis panicked and scrambled for anything that could halt their fall yet it only hastened it.

Suddenly submerged in water, Cinis gasped for air, tossed around by the turbulent water they were only able to every now and then. The rest of the time they were completely under water and had to hold their breath. In addition to that they also had to deal with other problems.

Being tossed against a rock, losing 10 HP.

Their leg getting stuck on a piece of wood on the bottom of the river and Cinis almost drowning, losing another 15 Hp.

This went on for a bit leaving Cinis at just 12 HP when they were washed up on the river bank. Towards the end it got far easier for Cinis to keep their head up, although the reason for that was only now apparent.

‘It’s nice that I can also gain skills without Aiden, but if I always have to put myself on the brink of death for it, then I won’t try to do it actively.’

Looking around Cinis didn’t recognise their current position. They did know that if they followed the river upstream they would end up near their hunting grounds.

Based on that logic Cinis went upstream. Holding close to the reeds on the riverside so as to not get spotted by any stronger predators like the birds from earlier. On their journey back home they noticed that they were feeling hungry.

Even after only a few days together they tried to call Aiden. It still didn’t work. Cinis was wondering how long it would take.

Without the convenience of Aiden, Cinis had to eat manually. They decided on the inner parts of a few reeds. It didn’t taste very good but it filled Cinis’s stomach and made them feel a bit better.

Cinis ate a few more of the reeds however they eventually gave diminishing returns so Cinis healed up to 52 HP. Wanting to move on, Cinis continued on their way when suddenly they felt Aiden’s presence again. It was comforting to have a companion again.

‘I fell into the river in the cave and came out here.’, Cinis admitted.

‘After all the light disappeared I couldn’t see where I was going.’

‘Sorry, but I think it was worth it, can you let me out?

Cinis released Aiden and was shocked because as soon as they let Aiden out they felt far more heat from Aiden than previously. If AIden was an Ember before then now they were a campfire. The heat made the nearby reeds burn up and as Aiden moved around even more were absorbed into their now bigger body.

Feeling even more energized than before Cinis felt happy to have company again.

‘I think we can get something out of these.’

‘If you think so feel free.’

Aiden swished around the riverside, forming themselves into a flat disk and absorbing reed after reed only leaving a few.

‘Seems like it actually works. Would it have worked before that weird “Metamorphosis” as well?’

‘Who cares, it works now doesn’t it.’

‘It sure does. Now what is that Skill.’

This skill allows you to heal a small amount of HP passively without resting or additional consumables. (Rate of 3 HP per hour)

‘That doesn’t seem all that good.’

‘It will probably get stronger in time, just like you.’

On their way back they talked for a while. About everything and nothing at the same time. They looked at their surroundings and relaxed. But at the end they had no conclusion to come to.

Over their talk they hadn’t realized they were already back in familiar surroundings. The slime spot was barely visible in the distance.

I am planning to release one chapter a week until I have a decent backlog, then I might speed it up.

Scheduled is every sunday at 12 european.

Bio: Mostly reading, but trying to write a bit.