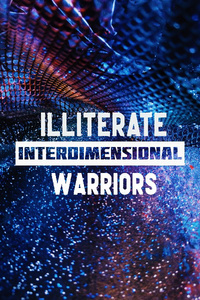 Three months ago, after almost half a year of desperate and fruitless attempts, Spade and Joyce gave up. Not on saving dimensions from reality-breaking threats, but on Joyce unlocking a translation skill. While most mages could only unlock up to ten skills, with two hundred being the record number (though the record holder proceeded to combust right after), Joyce could unlock an infinite number of skills. Joyce made a hobby out of unlocking new skills just for fun, even though she solved most of her problems with brute force.

Spade thought that this was very useful as he watched Joyce spontaneously reconstruct the riverway he had just destroyed using the Master of Waterways skill, which was exactly what it sounded like. It allowed the user to instantly reconfigure waterways to their desired effect. Though Joyce knew nothing about waterways and the like, the skill hinged entirely on "desired effect" and not willful construction. Joyce's desired effect was that the giant serpent corpse and destroyed riverbed did not flood or otherwise have any impact on whatever effects the river currently had, so the skill simply made that happen.

"Thanks," Spade said, offering her a fistbump. They tapped fists lightly.

"No worries, I literally didn't have to do anything," Joyce said cheerfully. The Imperial Mages that the emperor had sent to support them nearly turned green with envy at her casual words. The 15th-tier magic skill Joyce had used was far beyond any of their abilities or potential, and they would likely live their entire lives without ever coming any closer to unlocking that skill. Joyce didn't notice their reactions but thankfully didn't mention she had unlocked the skill by accident after waking up from a nap to find that the pipes had burst.

The Captain of the Imperial Guards gave him a salute, thumping a closed fist over his heart and turning eyes of admiration and gratitude towards them.

"We thank the great swordsman and mage for their service to this empire and its people!" The captain shouted. Spade tried not to grimace at the volume. They were seven feet apart, for god's sake. The words of gratitude were then echoed by the other soldiers in unison, also at a loud volume. Spade smiled gingerly and nodded.

The head of the Imperial Mages bowed towards Spade and Joyce, before meeting Spade's gaze with a polite smile. Spade narrowed his eyes slightly. The Head Mage's eyes were tinged with fear, jealousy, and distrust.

"We'll be on our way then," Spade said curtly. No sense staying any longer and getting dragged into something annoying.

Spade tried not to roll his eyes. If someone at this level of government called them great heroes, it couldn't be anything good.

"Allow us to express our gratitude," the Head Mage began.

"Just give us the rewards money and we'll be off," Spade cut him off.

"Of course," the Head Mage said after a short pause. "We just need the two of you to fill out a few forms."

Oh shit. Paperwork. Spade glanced at Joyce, who looked at him with wide eyes like a deer in headlights.

"I'm terribly sorry for the inconvenience," the Head Mage said, voice dripping with fake regret, "but we can't release the reward without the necessary paperwork. It'll only be a moment of your time."

That wasn't good. They couldn't read the form, much less write the language. The Head Mage would definitely latch onto that. Translation skills were one of the most commonplace skills that a mage could unlock. There were barely any mages that couldn't read and write other languages with the help of this skill, no matter how weak they were otherwise. Interpretation was even more common, allowing the mage and those they cast on to understand the spoken word of another language. Joyce had unlocked that on their first meeting when neither she nor Spade could understand what the other was saying. But the translation skill, despite Joyce's huge and growing repertoire of skills, remained out of their reach. Spade and Joyce didn't know what this meant, but it certainly wasn't something to be proud of. In the worst case, someone could use it to claim that they were frauds or some kind of demons posing as saviors, especially in places where the written word was considered sacred.

The Miwakin Empire was one such place. Spade swallowed even though his mouth was already dry, glancing at Joyce as she schooled her expression back to a poker face. The reward money was a lot, but it wasn't worth exposing Joyce's weakness and potentially having that used against them.

"You can keep your money then," Spade said. The Head Mage and Captain began to protest but fell silent when Spade held up a hand.

"We didn't do this job for money," he said, drawing on the morality excuse. "We don't want to leave our information with the empire because we prefer to remain unknown. So if the cost of doing a good deed is that the reward is only in the heart, that's just fine with us."

Damn, that was pretty good. Spade wanted to give himself a pat on the back. Unfortunately, no one else seemed to think so, and the argument continued for several more minutes before Joyce straight up teleported them away. In the privacy of the uninhabited forest they were teleported to, Joyce shook her head sadly.

"What a waste of a well-paid job," she bemoaned. "Goddamnit. I wanted to roll in a giant pile of gold coins! Why is my life like this???!!!"

"How about we count the coins we have left first," Spade sighed. He jingled the coin purse. It wasn't very heavy at all. The thought of the chests overflowing with gold coins back at the Emperor's palace left a bad taste in his mouth. Maybe they should just leave this dimension soon. Hopefully, they would have better luck in the next place.