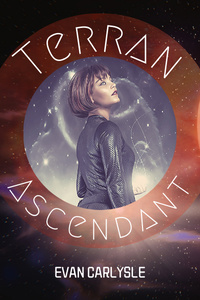 Captain Artemis Hart has been in charge of the U.N.I.S. Icarus for the past five years. In orbit over Mars, she's overseen the transport of scientists and engineers from her home planet, and leads the first line of defense for Earth. Not that there are any aliens, or at least, living ones. But the evidence discovered on Mars is irrefutable - alien life forms exist.

Or at least, they did.

All that humanity has found are dead bodies and an untranslatable archive. But, as the Daedalus Project is about to be shelved, the knowledge there too advanced for humanity to understand, the impossible happens. Millennia-old computers suddenly power up, and the archives are accessible once more.

And ships appear in the sky.

What they discover will shake the galaxy to its core. Someone has been hiding the Earth's civilization from the rest of the universe, thus ensuring that Earth remained separate.

But who is behind it?