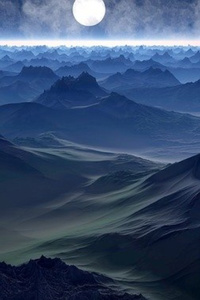 Blair is a young man and even of royal heritage. As such his life has followed a strict plan since birth. Only for it to suddenly, in the time span of a finger snipping, change.

Connections to another world opened up. Humans with powers made of the wildest imaginations, stepped out of them, calling themselves cultivators. Naturally, earth’s population went into an uproar. One piece of information created an especially great stir. The cultivators were there to pick disciples. Millions rushed to them, and Blair wanted to be one of them.

There was just one problem. His lord father was strictly against interaction with those magical beings. He always dreaded a foreign power gaining influence in his court. Well, the old man never changes, and now it was the same as ever. His sister wasn´t even allowed to study abroad.

However, all his senses told Blair that the future lay in the cultivator's hands. His plan was to gain knowledge, power, and maybe influence. Then he would return. One night he simply vanished in the darkness, away from his father’s claws.

Will he succeed? That is hard to tell. The immortal world is an unforgiving place, even worse than earth. It’s just that Blair doesn’t know that yet.

Can he survive there, and gain a footing in the new era of qi and godly hermits? Only time will tell, and Blair has to fight for every minute.

Authors note: Give the story a try. It’s my personal blend of qi, cultivation, and struggles of morality and power. If I can deliver on all that is another question, but I will give it my best.
As a further note, I am not using any of the usual strict realms and extreme power differences. It’s more about gathering and refining qi. Whoever uses his chances, sneak attacks, intuitions, and skills in a better way wins. However, having more or better qi will help, but I am not at a point where I have written a lot of that, so I might promise too much.
Thanks for reading so far and checking my synopsis out, now you might give the story a try. Have fun.

The picture is from JCK5D (Pixabay)