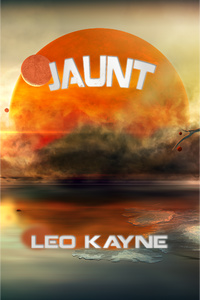 In an earth-like world cloaked in Fog, the remnants of humanity strive to survive in a time where 9 out of 10 people are born with unnatural Traits. These Traits grant abilities that range from the uselessly mundane (like never needing to blink) to ridiculously unfair feats like changing the density of an asteroid to prevent it from destroying a city.

Someone actually did that.

And here's Andre Crosswell, the Worst Fixer on the Innovator by a large margin. The title is capitalized because he won a prize for it, so that's nice. He is also Traitless, which is not so nice. He wouldn't have minded never needing to blink, honestly.

Follow his story as he gets thrust out of his fairly mediocre life and into the big wide world. Or worlds. As you'll find—and to Andre's boundless dismay—his journey ends up being a lot more than a simple jaunt.

NOTE: This story is a blend of sci-fi and urban fantasy, and although comedy features heavily in the story, there is also some tragedy (WARNING: Character death included). Just putting that out there so readers know the story isn't as light-hearted as it appears at first glance. But the themes/moods flow pretty seamlessly so you don't have to worry about it being jarring, except where intended.

Will be updated at least twice a week.