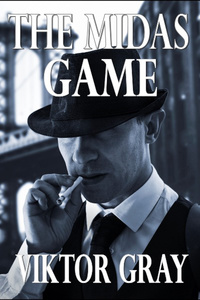 Laying on of Hands

Jason followed Sister Belinda down the hall to the room right after the restroom where she had cleaned him up that morning. The plaque on the door read, “Healing Room.”

“You know, Brother Jason, your contribution was very generous. And you’ve been so kind to help with the work around the shelter.” She unbuttoned her blouse. Her voluminous breasts were hardly contained by her overloaded bra and blouse, so now they rose and swelled like bread in the oven, rising from the heat in her bosom.

“I, uh, well, I just was, uh…you know, doing…” Jason stared down at her huge breasts, finding it hard to put a sentence together.

She reached behind her and unfastened her bra, so that her enormous breasts dropped and bounced. “Go ahead, lay your hands on me. It’s scriptural.” She looked into his eyes, or tried to, but he stared at her massive zeppelins, capped with wide nipples like saucers.

Jason seized her jugs in his hands and squeezed them. He kneaded her tits and pinched her nipples. She sank to her knees and undid his belt, followed by a yank that sent his pants down to his ankles. Since she was washing his underwear, there were no boxers to get in the way, and his genitals were fully exposed.

“If they pick up any poisonous serpent, it shall not harm them.” She grabbed his penis and slapped it against her fat tits, causing it to become engorged with blood and thicken.

“I believe that this big snake is not going to harm me, brother.” She whipped it against both tits, which she squeezed together and rubbed up and down his hard shaft. She licked the tip of his glans with her tongue, before engulfing the knob with her mouth and bobbing up and down on it as it lay trapped between her soft mountains. “If they drink any poison it shall not harm them.”

Sister Belinda stood up and removed her blouse and bra completely while Jason’s erection continued to bob in the air. She left her heels on and rolled down her skirt, which she stepped out of, leaving her in just a pair of satin panties. She went to the desk and removed a jar full of oil from the desk, allowing Jason to get an eyeful of her big, yet shapely butt and full thighs.

Once she removed the lid from the bottle, she poured a generous palm full and knelt before Jason. “Let the elders pray over him, anointing him with oil.”

His breath hitched when she slathered oil over his cock. She worked his tool with corkscrew twists, mixed with base-to-tip slow upward strokes, hand-over-hand downward strokes, finger and thumb only jiggling just under his frenulum, and rolling her palm over his sensitive glans. She oiled up his scrotum, too, and tickled his balls while she played his cock like a Stradivarius.

“You know, Brother Jason, the Lord loves a cheerful giver.” She said as she jerked the oily, swollen tool in her hands, constantly changing up her tempo, pressure, and technique until he was on the tips of his toes, hardly able to bear the intense pleasure. “Are you a cheerful giver?”

He had no idea what she was talking about, but knew that he was about to shoot ropes of his boiling semen.

The plump woman scooped one arm under her huge tits and hefted them upward. She stroked his slick cock, which glistened in the fluorescent light, aiming the slit in his dome at her fat breasts. “That’s it, brother, be a cheerful giver. Give it to me.”

She grabbed a towel from the desk drawer, no doubt set aside for just such an occasion, and wiped him clean, before using the towel to sop up the creamy mess on her jugs. “I think I’m going to need two towels.”

In a daze, Jason dressed himself. He swore he had just shot the biggest load of his life, which left him feeling dehydrated and weak. Once he was dressed, he drew back the bolt on the door. He looked at the voluptuous woman, who was still getting dressed, struggling to stuff her gargantuan breasts back into her bra.

“Thanks, Sister Belinda. I think I’m going to like it here.”

“No, Brother Jason, thank you.”

That afternoon after Jason stumbled out of the Healing Room, he helped to clean the windows, at least from the inside, and swept the large room full of bunk beds where the bums slept. “So this is a flophouse,” he thought. He and Sister Belinda said nothing of their encounter, while Sister Jamie gave him shy glances before quickly looking away. He only helped the sisters cook, because grandpa’s beans were the only dish he knew how to make. The men returned just before dinner, as did Pastor Roy, and the same pattern was repeated as during lunch, only now there were more men. The church service lasted longer this time, perhaps because it was the price of both dinner and a bed for the night. It was Jason’s job to ladle stew into the men’s bowls. He helped clean up after dinner, and saw through the window he cleaned earlier that it was dark and cold outside, as the wind blew flurries of snow across the side of the building.

When it was bedtime he joined the other men, taking his place on a bunk bed near the radiator. Pastor Roy was nice enough to give him this spot, which was next to the heater and the only bathroom in the bunkhouse. He fell asleep, but woke feeling restless, and realized he was thirsty. Carefully rolling out of his bunk so as not to wake anyone, he padded over to the water cooler and pulled a paper cup from the stack beside the water jug. The cup felt strange, like some kind of fabric…with threads, or make that, a tassel.

Jason whirled around, and sure enough, there stood the monkey, standing with his palm out to take back his hat. Jason set the little fez onto the monkey’s hand. The capuchin thrust out his cup at the same time that he sat the fez atop his head.

“Shhh!” Jason hissed, before looking around to see if the noise had woken anyone.

“Don’t blow a gasket,” the monkey said with a dismissive wave of his hand. “We’re in ghost mode.”

Jason knelt before the little primate and whispered, “What does that mean?”

“They can neither see us nor hear us. If we want, we can do a Casper and walk through walls, which is really cool. Wanna see that?”

“I’ll take your word for it.” Jason got up to grab another paper cup from the stack, and after a quick inspection to see that it was only a paper cup, he filled it with water and took a gulp. “Okay, so what’s your advice?”

The monkey held up his cup. “That’ll be ten cents.” He calmly waited for Jason to fish out a dime from his pocket and drop it into the cup, where it fell with a clatter.

The young man scanned the room nervously, but no one stirred. He spoke to the monkey, ignoring its ridiculous grin.

“Okay, I think you stacked the deck against me yesterday. You want me to change my behavior outside of the game, so you have some hoodlum beat me up and take my money. How am I supposed to grow my wealth in the game when you can just make up some wild scenario and take it from me at any moment, by force?”

The monkey shook his head. “I don’t know why you’re whispering; I told you we’re in ghost mode. We call The Midas Game ‘realistic fantasy.’ Sure, it’s full of fantasy elements, like hot chicks working at a rescue mission, but ultimately, it’s governed by the rules of real life, otherwise you’d learn nothing from the game. Reality is that bums get rolled all the time. If you weren’t in a cardboard box, you wouldn’t be so cold, and street toughs couldn’t rob you whenever they felt like it.”

“So you sic some huge goon on me?” Jason replied angrily, and downed the rest of his water.

“Build your fitness level. You did some exercise today, and scheduled some medical and dental maintenance, which is good. You do your part, and it will be amplified in the game. I think you saw that during your encounter in the ‘Healing Room,’” at which point the monkey set down his tin cup so he could do scare quotes.

So he wasn’t imagining it; he actually was better endowed at this point in the game.

“Reality is that you have no accumulated wealth, you have unpaid student loans, credit card debt, and you’re still next to broke. People in your economic predicament are going to get the stick a lot—get rejected by women, disrespected by bosses, exploited by credit card companies, passed over for promotion and recognition, and in general, be invisible and faceless, a nobody, the real-life equivalent of ghost mode.”

“What about the Japanese girl last night? Jason wondered. The cute girl who crept into his box was a pleasant memory in an otherwise bleak day.

“You got us there,” the monkey said apologetically. “Reality is that as a broke bum, in real life you’re not going to get a whole lot of carrots—lots of stick, but almost no carrots, so we had to cheat and throw in a little bit of unrealistic goodies to give you a reason to keep playing the game. There really was, though, a Japanese woman who was giving blowjobs to all the homeless bums in Tokyo, so we figured there was some flimsy plausibility to the scenario. In real life, you would have jerked off alone in your cardboard box.”

“That sounds pretty bleak.” Jason had survived it, but he sure didn’t want to live like that.

“All right, so what’s next?” Jason asked.

The monkey sat on his haunches, holding his cup with both hands. “You’re going to have to work hard to get your emergency fund, then pay off your credit card debt. Honestly, you’re at the toughest part of the game, and the toughest part of the change process in your own life, where your life is hard, and the work you do to get out of the hole you’ve dug for yourself is no fun, and very slow to pay off.”

“Hang in there, kid.” The monkey took one bow-legged step and patted Jason’s knee. “You’re still young, and once you push past all this, you’ll be living the life of your dreams, both asleep and awake.”

The monkey abruptly disappeared. Jason looked around him, but the capuchin was gone. He crinkled up his paper cup and dropped it into the wastebasket.

A voice shouted from an upper bunk, “Hey, can you keep it down? I’m tryin’ to get some sleep.”