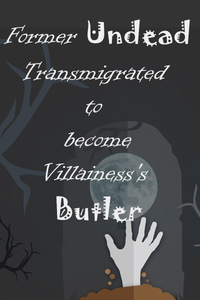 “Scars don’t fade, Letitia. It’s because humans don’t deserve impeccable beauty. So, I’m fine with the branding since it’s the sin of my family that I ought to bear.”

“I’ll find someone to remove that, mother!”

“Even the strongest of mages cannot, my Letitia. Only demons and gods have right over things that are impossible for us. If you ever meet them, stay as far as you can, for they crave mirth from our misery.”

These were the last words of my mother before she killed herself the following day. They haunt me at times, but in most of my dreams, they remind me of her grace and her noble countenance that was ready to bear the weight of the crimes. So, it didn’t really sit right with me that she committed suicide on the eve of her birthday after she said the bold words to me.

Nevertheless, my mongrel could heal scars. For he had healed more than just a few, and I owed my whatever impeccable little face I had to him. Not that I was particularly fond of it, but if I could seduce my mongrel with it, that was good enough.

I was in the vile bitch’s room, who was busy admiring her beauty in front of the large mirror that paled in comparison to the one I had bought for my mongrel. This bitch loved it nonetheless, or moreover, loved the face the mirror reflected. You couldn’t blame ignorant people for their ignorance because they were bound to ignore you.

“What brings you here, Letitia?” she asked, sending the maid away with some shins. I saw drool in the maid’s mouth as she flattered the vile bitch and earned a few more shins. Words, I was least inclined to listen.

“I have a favor to ask, lady Marlica,” I said, disregarding her seductive dress that offered anyone a free feast to the eye. Of course, I would kill my mongrel if he ever looked at these vile women!

“Oh,” she smiled, her lips curling as she touched the scar across her left cheek. As my mom had said, not even the best healer had been able to clear the mark of hatred that I had left on this woman. “Not vile bitch this time, but lady Marlica. You are growing up, Letitia. It makes me proud to see you finally asking for favors.”

I suppressed the rage threatening to screw up her face all over again. My mongrel rarely asked for favors, except for his bread, so I had to get it done even if it meant coming to this bitch.

“I can forgive you for all the harm that you have done to me, Letitia, if you make a scar as long as mine on your face.” She placed her finger on the left cheek and smiled at me gently.

This pretentious bitch! All noble ladies were ostentatious on the outside, concealing their intention behind that creepy smile. And that was the main reason I detested the noblewomen’s circle. I couldn’t be crafty like them and could only be brute, which never helped me walk out unscathed.

I smiled, but only at the ones that deserved it. My face wasn’t an artifact meant to elate every other person I met on the street. If people hated looking at my vexed gaze, I would gladly gouge out their eyes.

“Get me a knife, bitch,” I said, ignoring her astound expression. “Or do you want to do it?”

“Ah, no!” She shook her head immediately. “Even though you aren’t crafty, you are a woman. And no amount of guard against a noblewoman is enough. I wonder what kind of evil rumors you will spread about me.”

“Are we doing this or not?” I gritted my teeth. “I do this, and you let my friends from the Academy come over. That’s the bottom line. If you don’t abide by the rules, I will tarnish your reputation among the noble circle.”

“Aren’t you the one making the request, Letitia? Shouldn’t you be more submissive?”

I hated how calm the lady was, yet I was riled up, unable to have a decent amicable conversation. That mongrel was to be blamed for everything!

I took a deep breath and stared at her. “Let my friends come over, lady Marcila.”

“Add please,” she smiled at me again.

“I’ll make the scar bigger, instead,” I replied, clutching my frock with my fisted hands. I want to punch this bitch so badly.

“That works too,” she clapped her hands and cheered.

She beckoned a maid outside the door to get one for me, and I was really taken aback by their efficiency. If I ever asked for something, it would come a fortnight later. Or months at times.

She handed it to me, taking a seat on her bed, and pointed to a few arms distance from the mirror. “You stand here and carefully rip that beautiful skin of yours.”

The first cut hurt me, and I paused, thinking about myself with a scarred face and my mongrel. He wouldn’t mind, I knew, and if he did, I’d make a more hideous scar on his face.

I pulled down the knife as blood trickled past my cheek. Her amused face didn’t falter my focus, so I just stared at the lying mirror. The face that was scarred innumerable times looked spotless, and so were my hands and my body. That bastard wasn’t even a human! But it didn’t matter. He was mine, and even that fact wouldn’t change anything.

If he was here to eat my heart, then I’d gladly give it to him, but only after eating his own. This bitch wasn’t scared of demons or gods. And certainly, my mongrel could never be a god. He just didn’t suit that role with his excessive love for bread.

More blood stained my blue frock that my mongrel had personally embroidered. It was my only regret, for I had tossed it across the room and called it ugly when he had first sewed it for me. That bastard had just smiled, taking my insults for granted. I was apprehensive about his state of mind at times.

I took the knife off my face when it reached my cheekbone. It hurt, but it felt much better than groveling in front of this vile bitch. Blood covered my face and clothes, but the scar would run straight across my left cheek if I let my mongrel heal it just enough.

“You can invite your friends, Letitia,” the bitch beamed at me. At least she wasn’t despicable enough to go back on her words. “And please convey my regards to them. As much as I don’t your presence in the house, the same cannot be said about the guests. So, be sure to put me in a good light. I’m your mother, after all.”

“You can can never be my mother, bitch. And I believe you don’t want to be one, either,” I threw the bloody knife on the floor and stormed out, ignoring the horrified mage at the door. I needed my mongrel; his smell to help me calm down.

I held my hand over my jaw so that I wouldn’t stain the floor and walked through the western courtyard. I didn’t crave love like before, but it still hurt when the people you once considered family betrayed your expectations over and over again. That was why I had stopped heeding my mother’s words and listened to my mongrel, who was undoubtedly leading me down the wrong road.

When I reached his room, he wasn’t inside, so I just took a seat on the cot and waited for him to finish whatever he was occupied with. It was usually my chores, so I couldn’t really trash him for not being here when I wanted him to. The aroma of the bread cologne lingering in his room helped my swirling emotions, and I took some depth breaths until the door to the room opened.

“Heal me,” I said once he ambled inside. He didn’t ask any questions as always and settled down beside me. I clutched his shirt, my body easing naturally when he sat beside. It trusted him, probably more than I could ever imagine.

I leaned in his embrace, his bread perfume encasing me, erasing the burdens that threatened to drown me. My hands hurt, but I didn’t unclench them, for I needed the pain to let go of these shitty emotions.

“The bitch agreed. Can you leave a scar on my cheek?” I asked, but it was more of an order.

He placed his palm over my head and cast [Heal], his silence offering me more solace than anything else could.

“I’m sorry, my lady,” he finally said after a while, but his tone was casual as if he was inquiring about the price of bread. He never really felt much anger, nor anything close to repentance, so I was fine with it. As long as this bastard stayed with me, I was fine with him being anything.

“Shut up, arse. I did this on my own. That bitch didn’t even dare to scratch my face.”

“Tell them to stay over starting tomorrow,” I continued after a pause, pulling myself out of his embrace.

“Do you hate it?” I asked and touched the scar on my face, looking at the reflection. It was quite deep, but I didn’t mind.

And neither did he.

“Then I wouldn’t mind having it for the rest of my life.”

“I cannot give you love, my lady.”

He finally said what he intended to say all along. That wasn’t a problem as long as I could become his obsession, just like bread. Just the thought of him craving for me fills me with warmth. And something more.

“But you are not human,” I said, peering at his face. I expected him to avert his eyes and lie to me, but he didn’t. This was my mongrel, after all.

I nodded and leaned on his cot. “You wouldn’t ask me how I know, mongrel?”

“I don’t need to know it, my lady. For it is insignificant if you have accepted me for what I am.”