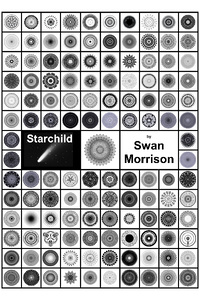 Starchild is a previously unpublished novel of 100,000 words which will be serialised in weekly instalments over 25 weeks from mid-November 2021 to early May 2022.

There will be a new instalment at each weekend.

But what is Starchild about?

A quiet revolution has been happening for many years in the Western world. Insights into the underlying nature of reality, drawn from millennia of Eastern traditions, have led an increasing number of people to awaken to a new experience of that reality. The Internet has allowed spiritual teachers to reach global audiences and inspire people to explore for themselves the deep spiritual understandings that underpin those ancient traditions.

Starchild is a work of fiction that is set in a context of these understandings. It takes as its starting point experiments in remote viewing that were genuinely undertaken by the American military in the nineteen-nineties under the name of the Stargate Project. It then imagines how a more advanced attempt to weaponise the capabilities of consciousness might have developed in the present day. It then imagines how Reality itself might respond.

Deep, elemental forces bring together Samantha Martin and her team, who are then tasked with investigating this military weaponisation of consciousness and averting its apocalyptic consequences. In doing so, they explore the nature and capabilities of consciousness and finally approach a comprehension of the underlying processes that define reality. The human story spans genres including action, adventure, thriller, science fiction, romance and more.

Although this story is based on concepts drawn from Eastern and other spiritual traditions, these have sometimes been extrapolated to the point of very extreme speculation. Much of the underlying philosophy, however, as explained in the dharma talks given by Samantha Martin, is paraphrased from the guidance of venerated spiritual teachers.

All the mandala images, with one exception, were drawn by Brian Huggett using the Spirality mandala drawing application.

The mandala associated with chapter 82 and which occupies the centre of the front cover of Starchild is attributed to Jgmoxness, CC BY-SA 3.0 <https://creativecommons.org/licenses/by-sa/3.0>, via Wikimedia Commons.

The comet image is derived from a photograph by Marco Milanesi downloaded from Pexels.

The cover image was assembled from these images by Brian Huggett.