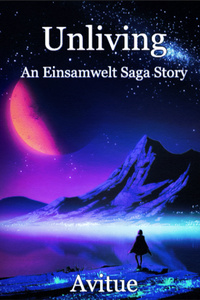 Chapter 17 - A Battle to be Fought

"Aoife was always one of the most talented of my students, to the point that I was somewhat loath to part with her when she fell in love and wanted to marry that Fiachna boy. Still, she found her happiness and a family to call her own, so who was I to say otherwise? At least she diligently kept her magic trained even in those decades of peaceful life.

She had always been a prodigy, if a bit anathema to most necromancers. Where most necromancers - myself included - focused on growing an ever larger undead horde, Aoife had favored quality over quantity. The few undead constructs she kept, she treated like pets, or even children of hers, to the point that I felt they had gained some semblance of awareness over the years. Needless to say, she might well have pioneered a new direction in the field of necromancy." - Nec Aarin, the Bone Lord, circa 36 VA.

"Mother… is it just me… or did those undead seem to… understand you?" Aideen asked, stammering her words. To her side she could see that Diarmuid had the same questions as she had.

"I'm… not sure, child, but I think they might have," said Aoife in response to her daughter's question. "Your grandpa said to me last year that these kids seemed to be gaining a semblance of awareness, somehow. I'm not entirely sure on how that worked either."

"Those are the old words for 'one' and 'two' you named them with, mother," interjected Diarmuid from the side. "Does that mean… there are more?"

"Oh yes, I was just about to introduce them as well," replied their mother as she deposited two more cubes of bone on the ground.

The cube to the left unraveled and rearranged itself until it dwarfed them all despite their sitting on horses. The humanoid figure was at least three and a half meters tall, with digitigrade legs and six canine skulls arranged like the petals of a flower atop its spines. A long, thick tail plated with bone ended in a large bludgeon the size of a watermelon.

As if that wasn't enough, the monstrosity also had twelve arms, three socketed into each of its four shoulders. Eight of the arms had thick bones, double jointed like a human arm, with large, circular shields lined with spikes on its edges held in them. The other four had three joints each and wielded two-meter long versions of the axe-mace hybrid weapon favored by the Ptolodeccan heavy infantry.

At least the final cube had a relatively more normal looking undead emerge from it. The last undead construct looks very close to a human skeleton… until one saw the three faces that were present on its skull. One of the faces had the rictus grin of a dead man, the second had its features somehow locked into an eternal frown, while the third - which also had small horns on its temple for some reason - was in an angry snarl, accentuated by the fangs and tusks on that face.

It has six thick arms that ended in skeletal humanlike hands - other than the wicked claws that the fingers ended in - and held six different weapons in its six hands. Aideen counted a sabre, a mace, an axe, a spear, a shield, and a hammer in the monstrosity's grip.

"This is Trí," said Aoife to her gawking children with some pride and affection for her undead constructs as she pointed to the massive twelve-armed monstrosity. Then she pointed to the six-armed one "And this one is Ceathair. Say hello to my children, kids."

Both Aideen and Diarmuid stared slack jawed as the two undead monstrosities gave them a formal bow - more like a curtsy in Trí's case - and had not known how to react. They were still stunned by the sight when two of Trí's six heads swooped down on long, flexible spines and nuzzled against their bodies.

Aideen scratched the skull much like how she would do to a dog by reflex, and almost wet herself when the massive monstrosity somehow gave a throaty, almost catlike purr and wagged its tail wildly.

"Aren't they cute kids, children?" Asked their mother, to which Aideen and Diarmuid exchanged looks with each other and realized neither of them knew how to answer that question.

The looks of utter envy and worship from the many necromancers in the army on the other hand, made what they thought of Aoife's personal undead constructs clear as day.

They continued their travels and crossed the border with none the wiser - Aideen saw signs of carnage and corpses strewn on a small Junoran watchpost they passed - and soon reunited with their scouts. Haon and Dó soon also returned from their hunts, and somehow made yipping sounds at Aoife.

Aideen didn't even want to think how undead constructs made entirely out of bone would make sounds.

A day into Junoran land, they reached their destination. As they carefully peeked out from behind the crest of a small hill, Aideen could see two forces clashing in battle, at the Junora-Vitalica border. To the Vitalica side rode a thousand or so men and women in shining armor, their tabards emblazoned with the tree of life crest of Vitalica. Almost the entirety of the templar order, and Aideen saw one particularly valiant figure she suspected to be her father - or eldest brother - leading a charge from the front.

Besides the templar there were around six thousand militiamen, many of whom were armed with makeshift weapons, whose morale were clearly in a far worse state. The main reason they had held on so far was due to Sera, who flitted around the frontlines and snuffed out the thralls used by Junora wherever the line threatened to buckle.

The Junoran army across the border were nearly four times the size, but was composed primarily of thralls, subjects whose minds were forcefully controlled by the necromancers, little more than their living puppets. The Junoran side seems to have chosen to bide their time, as a war of attrition would have been to their advantage.

Not if Aoife had anything to say about it.

She summoned Adalbert to her and they had a discussion in low voices for a while, before both nodded in agreement. Soon after, they sent Myrddin, along with his fifty Death's Hands, as well as Haon and Dó to circle to the rear of the Junoran army, to strike their leadership when they were distracted.

After they gave a moment for the hit squad to depart, the entire Ptolodeccan army crested the hill as one, which soon garnered the attention of the two armies fighting on the battlefield.

Trí and Ceathair spearheaded the Ptolodeccan's downhill charge, with the nearly twelve thousand skeleton soldiers following behind them, foremost amongst them Llewelyn's one Death Knight. The five hundred archers in the living contingent of the army immediately went to work, and rained arrows at the Junoran army from the top of the hill, where they were in range but any counterfire would fail to reach them.

With their mother's permission, Aideen and Diarmuid joined three hundred of the Ptolodeccan heavy infantry as they too charged behind the army of skeletons, the last hundred of their numbers remaining behind to protect the archers and mages.

Or maybe not yet. XD