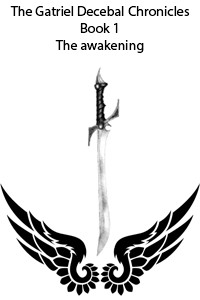 The Nephilim, a legendary race of beings long lost to the passage of time. Descendants of celestial beings, they were stronger and smarter than any other race in the world, through their efforts and blood, the forces of evil were sent back to the depths of hell. They were heroes, warriors, the benefactors of freedom in the old age.

But now they have become nothing more than stories of the past, whispers and myths long forgotten to man. They have been gone for so long, that there is no records of them left other than the stories passed down from mouth to mouth - if any. Their legend now lays distorted by time, obscured by visions of the future.

The story is pretty good a bit copy paste though with the reincarnation that gets a bit abused but It at least didn't use it as a crutch since even with the past memories she wasn't setup as OP but instead just stronger than her surrounding age group at most. It was left open to allow the MC to be OP later while early the MC make more use of the surroundings instead.

The one thing that bothers me that made this a 4.5 star instead of a 5 is the time skipping happening too much in a short amount of chapters. Normally that skipped period is used to get to know surrounding characters and get to better know the MC's personality.