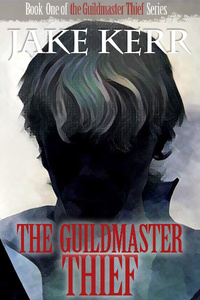 Maela's skillful lies to Tim, which made her mission much easier in her first attempt to reach Polo, was now making her mission much more difficult. If he saw her, he would know she wasn't a miner, and she had no doubt he would drag her to prison. So she had to avoid all of the places that she had staked out before in an effort to get close to Tim. Unfortunately, as he was a senior guard at Harvest House, that meant that a lot of the places where she could get additional information from senior Harvest Guild people were now closed to her—Tim would be there, too.

Harvest House stood in between the Outer Fields and the Harvest District, where many of the senior guild officials lived. There was a thin strip of park beside the large road that ran along the Outer Fields, and Maela sat on a bench watching the fields of golden grain blow in the wind while eating an apple and considering her options.

She knew she really only had one option, and it was an extremely dangerous one—sneaking up into Polo's quarters and talking to him there. She didn't know who the Blade of the Merchant Guild was, but she knew they had one, and if that assassin wasn't able to get to Polo, how did she think she could?

The answer was ultimately one that Maela couldn't keep out of her head as she considered her options—the Tree. She had been half kidding when she mentioned the tree as a secret way to get to Polo's quarters, but the look on Tim's face had been clear. There was some truth to her passing comment. The presence of guards near the tree in an empty room also seemed to indicate that there was a passage there.

The trouble was that as she ran up and moved around the tree she had looked closely for a passage but found nothing. There was more than enough room for a passage, but there were no doors or carved steps. So the question for Maela was whether she would have time to investigate the tree, find the passage, and then climb to Polo's quarters before the guards grabbed her. She didn't want to kill them as there was no doubt that once she talked to Polo she would be captured. Being captured after warning Polo of an assassination attempt was one thing. Being captured after killing senior guild guards was something else entirely.

Reaching back, Maela threw the core of the apple with all her strength into the field. There was one other option, but Maela had resisted it, as she felt it would indicate that she was a failure—warn Polo's deputy, Esmer, instead of Polo himself. Maela had no doubt that if she could convince Esmer, he would pass the message to Polo. Putting her pride aside, Maela decided that approaching Esmer was the prudent path forward. She would worry about the tree only if it were necessary.

Unfortunately, Esmer lived in an apartment on the top floor of Harvest House like Polo, and he was careful about coming and going. She had been watching the entrance for days, and he had not left once. Wiping her hands on her pants, Maela made up her mind: She'd stake out Harvest House for another two days, and if she wasn't able to speak with Esmer, she would sneak in and talk to Polo directly.

The next morning it was clear something was up. Maela was sitting under a tree with a mug of tea keeping an eye on Harvest House, and, without any warning, there was suddenly a large group of guards in the Green colors of the Harvest Guild standing outside the entrance to the entry courtyard.

Standing up, she walked over and leaned against a tree, keeping a close eye on things. A few guild members exited Harvest House and talked to one of the guards, who motioned down the road to the East and the Outer Fields past the Great Wall.

Esmer is going to inspect the fields or something, Maela thought. She put her mug on the ground and walked up the road and toward Harvest House. She knew what Esmer looked like—everyone did. He was older than Polo himself, with pure white hair, and a long beard that hadn't been in fashion since before Maela was born. It was his trademark, however, and Maela was thankful for it—it made him easy to identify.

As a deputy, Esmer was perfect for the apolitical Polo. Esmer wouldn't be able to defend Polo with a sword as Alard could for Ralan, but he was without peer as a bureaucrat, running the day-to-day operations of the largest and most complex guild in Ness. He was also practical and known for his common sense. It made Maela hopeful that he'd understand her warning.

And there he was, walking out of Harvest House, surrounded by three guards. Maela was thankful that Tim wasn't one of them. A carriage approached, and Maela realized she had very little time before Esmer was whisked away to his destination. She jogged in his direction, hoping that she didn't look threatening.

The guards finally noticed her when she was within shouting distance. "Hold!" one of them commanded, unsheathing his sword.

"I have some information that I want to share with the Deputy! It is important!" The guard ignored her pleas and held up his left hand.

"I simply want to pass some words to him. I'm but a concerned fellow guild member!" Maela spoke the last few words loud enough for Esmer to hear. Unfortunately, more guards had joined the first, and there was a half dozen between her and Esmer.

"Let the young woman approach!" Esmer shouted. He had a clear, commanding voice. Thank the gods, Maela thought. The guards opened a path to Esmer, each holding an unsheathed sword and watching her closely. As Maela approached, Esmer whispered to one of his personal guards. The guard held up his hand but said nothing when Maela was about ten feet from Esmer. He means business. Maela stopped and bowed.

"Deputy, I have traveled here from the distant Outer Fields." Esmer listened intently. "My uncle has a relative who is an Outlander. He was visiting recently, and in the midst of a drinking game one of them let slip some alarming news!"

"Drinking with the Outlanders is alarming news in and of itself!" Esmer replied, eliciting laughs from his guards.

"Alas, this is no laughing matter, Deputy. They have said that there is a plan to have an Outlander assassinate Guildmaster Polo." Esmer's smile disappeared.

"Come here, and keep your voice down." Maela approached but was cognizant of the men in armor with unsheathed swords pointing at her. "What is your name?"

"Lavender," Maela replied, showing her palms and bowing her head.

"Tell me of this plot your uncle has uncovered, and keep your voice down." Esmer nodded his head vaguely toward the fields. "No need to alarm anyone."

"I have no details, but my uncle has been a local guild member for decades—he is elderly or would have come himself—and he told me that he believed the story. It is that the Outlanders hope to assassinate Guildmaster Polo for some reason, and—"

Before Maela could continue, Esmer interrupted her. "The threats to our Guildmaster have been substantiated by the Blade of the Guildmaster. But this information is new. I will take this to the Guildmaster and the other deputies. Threats from the Outlanders should be handled by Ness, not a single guild."

No! "Deputy, but won't that be foolish? I had heard of the recent happenings at the Guild Banquet. Do you think trusting the other guilds with this information is wise? They could use it against us."

Esmer squinted his eyes. He didn't look angry so much as suspicious. "So you're from the Outer Fields and know of the happenings in the Guild Banquet?"

"The Guildmaster of the Orchards mentioned it to my uncle," Maela replied, hoping that her excuse made sense. She was digging herself deep in a hole that lies wouldn't be enough to escape from.

"He did, did he? I believe I shall have a talk with him about his loose lips then." Just as Maela breathed a sigh of relief, Esmer's face moved from suspicion to a coldness that wasn't quite anger, but was close enough to make Maela wonder if she was about to be tossed in the guild prison. "Lavender, I appreciate your concern over the Guildmaster's safety, but your arrogance at questioning my judgment is insulting and worthy of punishment." He leaned forward. "How dare you ask me if a decision of mine is wise. I was deputy of this guild before you were even born." Esmer pointed to the road. "Go back to the fields. Work hard. Grow callouses on your hands. Think about the value of your efforts. When you understand that I am sure you will be horrified at your insolence." Esmer nodded at his lead guard. "Now go!"

And like that, there were a half dozen men in armor between Maela and the retreating Deputy.

It looks like I need to visit the Guildmaster, Maela thought as she walked back to her mug of tea, which was still where she left it. The trouble was that the response from Esmer made her wonder if Polo would respond the same way. She would have to be blunt and honest in her discussion with Polo, telling him exactly how dealing with the Outlanders could hurt him via political machinations.

Maela didn't know what would be harder—getting in to see Polo or making him believe her.

Bio: After fifteen years as a music industry journalist Jake Kerr's first published story, "The Old Equations," was nominated for the Nebula Award from the Science Fiction Writers of America and was shortlisted for the Theodore Sturgeon and StorySouth Million Writers awards. His stories have subsequently been published in magazines across the world, broadcast in multiple podcasts, and been published in multiple anthologies and year's best collections.

A graduate of Kenyon College, Kerr studied fiction under Ursula K. Le Guin and Peruvian playwright Alonso Alegria. He lives in Garland, Texas, with his crazy yet wonderful family.