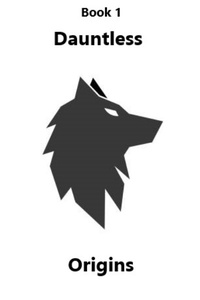 My name is Tyr.  I am not writing this novel, one of my good friends is, he said it was...  Necessary, you know - for the future generations.  Not much is left to say now, but all stories have to start somewhere.  This novel has...  Magic, all of that normal stuff you'd expect these days.

It's not a novel...  It's an episodic.  And my novel has plenty of unique elements, it's not all contrived garbage hero loses, comes back stronger progression saga!

I uh...  Don't know the difference...?  Also, I like those stories quite a bit - you're definitely insulting someone by saying that.  The regular stuff works because it stays regular, no shame in that.

Just keep reading.  I don't want to go through this with you again, man.

Alright.  I was the first.  The last.  The past and the present.  Once you plug into concepts that defy mortal comprehension it gets hard to put them to page, it's all imagery - the higher things.  Like an instinct.  I was born in Hjemland.  Hjemland is a place.  A world.  It means homeland in the old tongue, though I figure you probably knew that.  It doesn't feel like home to me, though.  It's always felt a little off.  Too much wrong with it.  On the surface, everything is bright and quiet in my homeland of Haran.  I don't hate it, but I don't love it either.  Hjemland is a place of magic, some mystery - though most of that has been dug out of the modern world by a human civilization that's been here for millennia.  Look hard enough, and I suppose you'll find a decent amount though.  And a lot more besides, even before...  This world was always a real piece of sh--

Oi!  You can curse in the book but not the synopsis!  How can you be so awful at this?

Wait.  Am I supposed to be reading this as if we're back at the beginning?  This sounds ridiculous.  I keep saying 'I' but the novel is third person, isn't it?  This is so...  Dramatic.  My life was not this dramatic.

Yes, you are, and yes it was!  It's not that hard, I even organized your own thoughts for you.  The lexicanum is active, see?  This is getting written down too.  And I told you it's not a novel!

It's sort of funny isn't it?  Don't they call this stream of consciousness writing?  So like...  All of my thoughts are going down on that page as I speak them aloud?

That is how a lexicanum works, Tyr.  You use one every day!  Fine.  Just...  Get the hell out.  As for the reader looking at this farce of a synopsis, you can see for yourself.  We do a little magic, and...  Adventuring or something, I don't know.  It's fun, I think.  Well it certainly wasn't always fun, but looking back we tend to laugh at things that haunted us in the moment.

Savage MC With an Axe to Grind

Let me just preface this review by saying this: This story hits home. I love the nitty gritty savage northern MC's who come down into civilised lands to kick ass, take names, and steal damsels. With that being said ... let us begin.

- WARNING SPOILERS IN THIS REVIEW -

STYLE SCORE: The style, descriptive processes, and character and world overview are excellent. There are a few errors that confuse some of these aspects, particularily with grammer or some paragraphs needing a bit of restructuring. Overall the setting is beautiful, savage, and fulfilling.

STORY SCORE: The story starts out pretty mundane. Not going to lie. Savage visious prince kills and fucks his way through life. He has vices. These feed into the tale of vengance, woe, and not giving a shit about anyone but himself. I will say this now, and a few more times at least, this is a savage story about a man who gives no fucks on the path to vengeance.

GRAMMER SCORE: There are some small grammer issues that stuck out, even to a thick numbskull like me. I would recommend having a proof reader go through and fix some of the things that I had found, and maybe give some feedback on some of those early paragraphs. They were a tad rough. Gods above only know that I come no where near to catching all me own errors though. If you find a magical Grammar Hammer please, I beg you, beat me to death with it.

CHARACTER SCORE: I was amazing at the depth of feeling, rage, and non-chelance from the MC. Dont get me wrong. He is very, and I mean very well put together. Its everyone else so far that has frustrated me a bit. All the early characters who died made it feel very Games of Thrones, but without any feeling. They gont brief descriptors of how important they were then BAM, they were gone. It lift a hole. Right in the feels.

OVERALL SCORE: Five stars bro. A bit of STYLE, GRAMMER, and CHARACTER, but it is too well put together for me not to rate it at that. I dont feel like any of the things I listed above impact the story overall, and are more personal griping from me ona  reader level rather than anything that detracts from your writing overall. I really enjoyed the read, and will continue to read through as I have time.

Keep up the sick work. And the sick fights.

Reviewed at: The Beginning

Where to begin indeed...  I have had the pleasure of speaking to this author via another platform and getting to know him.  Eventually connecting with him on discord.  I dont usually use RR, im more of a kindle guy myself.   I was able to get my hands on up to chapter 305 and I am stunned.  Anways...

I remember reading an article about RR and how another fairly big author (Zogarth) critiqued the fact that everything not LitRPG isnt successful.  I think I understand that now.

This novel takes good care to develop an actual universe.  Which is rare.  It stays consistent enough to build real lore and the references are extensive.  The author has even gone so far as to make a subtle nod that his system is total BS.  Contrived as most are.  Knocks himself throughout the book, and I find myself laughing so much even though this isnt a comedy.

Sometimes, it does jump around a bit. It did I feel like this is intentional though, rather than a lacking talent from the author. Bread it starts off really dark, and then it gets into something that I might call….. bright fantasy or is it fantasy or however you'd like to call it it's not grim dark, it's definitely something else, something kind of unique in the genre honestly.

He does make a subtle nod towards lit RPG mechanics, but it's like it's coming from somewhere or someone that has no idea what these things are, and I think that's pretty creative. The characters are well written and developed they change pretty consistently over the story. And I find that I like them

I wouldn't go so far as to call this guy a Tolkien, comma or a George RR Martin, but hes definitely writing a proper fantasy story. His power scaling is sort of inconsistent. But I feel like that's part of the story.. He doesn't go so far as to drown on with exposition explaining every single ability a character uses

I am really looking forward to wherever the story goes, and I simply can't put it down. This is truly a talented author.