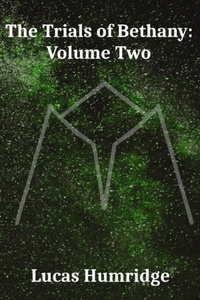 The Trials of Bethany

Bethany, is a young girl who didn't expect anything more from her life than to spend her time churning butter and trying to ignore the abuse of her fellow village members. In any other world this would be a reasonable expectation for a person in the middle ages. But Bethany was lucky, or unlucky depending on how you look at it. Because her world was about to get a whole lot bigger, and a whole lot scarier.

The Trials of Bethany, is a Gamelit story of a system arriving on earth in the middle ages with the characters being teleported away regularly to face trials to earn their skill levels. As such there won't be a flood of skills however there will be constant progression and other hidden treats. The story will be evolving as it's written and as always aspects of the story/world are prone to change.

This is my first serious attempt at writing and my first time publishing anywhere so all constructive criticism is welcome. 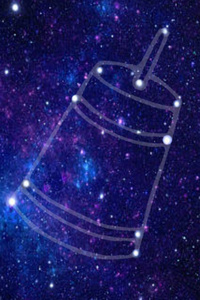 Good story, but much of the potential is lost

Reviewed at: 34 - Mermade for the Job

The story is about a young woman in what the author says lives in medieval Earth (I saw England mentioned atleast once). Earth is then integrated in some sort of multiverse with trials and everyone gets skills and levels in these trials.

I like the story, but it hardly seems like medieval England at all in peoples behaviour, reactions (to the system), knowledge, speech patterns etc. A peasant woman in a small hamlet churning butter, but learnt how to read and write as well as behave like a proper lady for example?

Also, when the author writes the Capital, I guess they mean London? Or how far back in the medieval times is the story supposed to be? With the author lacking in historical knowledge it seems like it would make more sense if the world with a medieval setting the MC lives in would be another world. Maybe even a low tech world but with some higher tech for some reason (its fantasy, maybe like a steampunk world?) Would make it easier for the author and give the world building a better chance.

Sorry if I seem negative, it is a nice enjoyable story, I like it so far, and am curious in how it will progress. It would just be alot better and make the characters make more sense if the story would be set in another world than medieval Earth.

The setup - system apocalypse in a much less advanced society - and the litrpg wrinkles are interesting and fairly novel, which carries the first chapters.

But the worldbuilding and actual writing - especially outside the tutorial context - are rather fuzzy, and seemingly getting more so as the story goes along. (For one thing, the fact that MC's world doesn't ring true as Earth at any actual period gets worse as she leaves the village.) The author is churning out chapters at a Writeathon rate, which explains but doesn't necessarily make up for it.

It's still largely enjoyable, but expect the fuzziness.

The writing is good, better than most on RR. No complaints on the grammar or flow.

The characterization is good as well. The MC is well developed and mostly believable. The antagonists are less well developed (as they have got less screen time so far) but still belivable.

The only possible complaint I have is that the "medieval pesant gir" is remarkably, accepting of both the system and also the modern conveniences in the trial.

However, this is just a nitpick. Over all the story is enjoyable. If you are undecided I would encourage giving it a try.

Overall good, but still in its infancy

Reviewed at: 19 - A PostmorTEM

I highly recommend reading this story.

The story starts off strong and is easy to connect with. The system is fairly standard but the method of advancing is quite unique, i wonder what it will lead up to.

I hope it continues on and i end up having many more chapters to read!!!