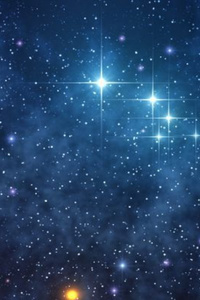 Zane spent more than half of his life preparing for a future with the system. One day the system invited everyone to participate in a trial that was rumored to have creatures from other worlds.  The rumors made Zane hesitant about participating, but he decided to go in the end. He knew the trial would offer him the strength he desired, and he had no intention of missing the opportunity. The first arc is about Zane's experiences in the starting village and how they shape his path.

For those looking for a short review, its a nice novel. Its kind of an interesting take on a system type genre. The fights, in my opinion, were well described and not too long as well as not too short. The system itself seems solid, tho so far I do have a slight worry that the stats might get too high but lets see.

Now, a more detailed review, click the spoiler. ( There arent any spoilers)

Style- For me, the style is very much over fine. It doesnt seem boring in any way and I also think it suits the whole theme of the story. Even tho its mostly focused on zane, it has no problem also showing the pov of other ppl without making the entire thing feel broken up and hard to follow.

Story- As I said above, the story is kinda interesting. Its takes a standard take on a system and integrets it with ppl from other worlds without systems and more, but find out on your own. Its not fun spoiling everything uk.

Grammar- its four cuz some parts are incorrect but those are insignificant and doesnt rlly effect anything so dont worry at all about that. (if you arent the author).

Character- now this is a hard one, as not everyone has the same taste obviously. In my insignificant opinion, I think that the character and actually all the characters so far have an unique but relatable character. None of the characters feel boring and all have a decent part to the plot. You might not like some characters, but I'd say that it doesnt change the fact that the chracter is good. It just doesnt suit ur liking.

Yeah, in the end, it all comes down to, does it suit your taste? I liked it but that doesnt mean you would like it. Imma take a second to thank the author, thank you, and honestly I reccomend you try at least some 15 chs. Who knows, you might not like it at first but like it later on?

ps. I dont rlly write advanced reviews. Dunno if this is good but yeah, trust me and take a chance.