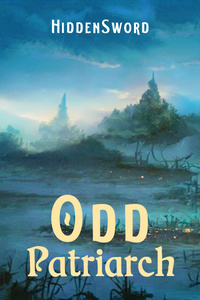 A cultivator decides to make a change by creating a sect. A reasonable one.

Reviewed at: II. Properties? A Matter Of Perspective.

Exactly as it says on the title. Grammar and spellings are good, the premise is good, the story if a bit unoriginal and the concept being there for quite a while is slowly being explored. It might be an everyday occurence for a xianxia MC to leave the sect and try to forge his own path, but it's not everyday we see it done in a higher quality like this one. I can only hope the author doesn't get disheartened by the negative reviews, and publish more chapters in the future

Solid idea, will be interesting to see it develop

While its a little early to review the plot, we seem to be jumping into it with minimal filler and there are signs that its been considered before hand. The setting seems to be 'generic cliche xianxia land' with the twist being the main character decides to nope out; its a fun twist in the genrea which is fairly underused and looks like it will be very entertaining. Same catagory as Beware of the Chicken but going in a different direction.

Grammer is good enough that i don't really notice any issues and the prose flows well. (disclaimer: I'd be a horible copy editor).

Characters are shaping up nicely, but the Ponit of View changes tend to be abrupt and not well indicated. You might want to have the PoV character's name at the top of that section, or settle on one main PoV while reduceing the number of other PoVs and have alternate PoVs as Interlude chapters or otherwise mark them as not MCs PoV.

My main issue with it so far is we know so little, even 15000 words in, that we have no words or context to make this setting part of the book. No idea how high the cultivation ladder is, no idea what the local geography is, no idea what any of the details that turn 'cliche xianxia land' into a specific world we can envision. setting wise were still an empty form.

The story has a strong foundation, but could use some work on the details.

Hey, This is Pretty Cool.

Not the earliest review of this or anything, but from what has been written so far we have what looks like it will turn into an interesting story about a moral protagonist in a dark culitvator world.  Lots of fire themes.

Decent spelling, decent sentence construction and clear scene breaks aid the reader in having an enjoyable read through experience.

This would top the Rising Stars List if only......

IT COULD UPDATE MOAAAAAAAAAAR AHHHH!!!!
But jokes aside, I think it still has a fighting chance of ranking high :)

At this point, I am pretty sure of it.

The concept itself, the idea, is absolutely sold on anyone who knows anything about cultivation novels.

The prose is fantastic. It will probably go in the same direction as Beware of Chicken, Virtuous Cultivation, and Qi = MC^2 (emotion wise, as in, strange earthling in a weird world of Chinese magic).

It gives me the safety of familiarity and novelty of a unique twist on an old genre. I can't wait to read more. Author, do not dare to axe this, for the love of Mount Tai.

Edit 11-10-21: Some feedback for the author. The story is still enjoyable, but I feel it can be vastly improved, especially the prose side of things.

The story suffers MASSIVELY from abusing the cumulative syntax. It's not that noticeable in chapters from the MC's pov, but for others, it is glaring.

This is basically what I read in those chapters:

"The boy had a home. A home in which he lived his entire life, one which he never wants to leave for others. Speaking of living, many other people also live in that home. One that he can confidently call far better than his school dormitory. The dormitory being a disrepaired building, rickety and creaking. One which could collapse any day."

That is basically most of the big paragraphs. The smaller paragraphs suffer less, but it always has a "One which" or "... he does the thing. The thing which is actually..."

It constantly refers back to the previous sentence/clause/phrase as if hand-holding the readers as they read the chapter. Or we might get lost because the transition from one paragraph to another was not 'smooth' and 'exact' enough.

It was less of a problem at the starting chapters, but it soon became very tedious to read. Sometimes even a slog. The fiction would not suffer one bit if you made the sentences shorter by cutting down all the 'glue' words.

Or maybe varying short and long sentences? So that the reader doesn't have to expend extra effort simply to read through a paragraph rather than spending that time enjoying the story itself.

In any case, that is all I can say. I hope this advice helps :)

Why did someone give this 3 stars?

Reviewed at: IV. Recruiting Is Harder Than It Seems.

As of chapter 4:
The pace is mesured but steady. Gramatically its impeccable and the premesis is interesting enough, although its basically in the the prologue stage. From a technical standpoint its perfect so I will be following it as it gets into the grove, give it a read, I think it has potential.

Reviewed at: VI. A Rather Weird Introduction To A Disciple.

I just started reading this today, and felt somewhat disappointed when I reached the end. I should have waited for more chapters to come out before reading this. :)

I couldn't find any issues with Grammar, or spellings. So language wise it is good.

When it comes to the plot, I was hooked from chapter one, and I finished all the chapters that were there. This is the first time I am reading someone leave the sect to start their own sect, and I am quite curious as to what and how the MC will be teaching.

So far, it has been good and I am eager to read more!

For me one issue I have found, is that it is not clear enough 'who is who' while it would be acceptable when the reader is familiar with names and quirks of characters I feel they are not put in situations distinct enough or described properly, which confused me to who was currently speaking or that someone was introduced too abruptly without context which lead me to feeling like certain situations were a jumbled mess like the conversation of the children about new cultivator in town

Not much to read yet but just the little there is here is better than a shitload of what there is elsewhere.

This is well-written. That's it.

There is a mystery that constantly tickles you which captivates the reader.

But more than anything, it is impressive how 'alive' the characters seemed to me. It felt vivid.

Well, as you might have guessed by now if you've read this far, i'm very impressed by the way the characters are being brought to life.

Thank you Author and may you keep nourishing us with this great story.

The first few chapters went through a little too much POV change without letting the main character define himself first, but once you get past that part it becomes a great story. Another one of the cultivator with modern principles who isn't a bitch stories which is always nice. Great story and I hope you continue

Reviewed at: VIII. What's In The Mirror.

Bro i like your take in cultivation! It is a different take from beware of chickens and qi = mc² on my oppinion. I hope you continue your great work. I will keep reading your work and support it from the dark! I give it a 4.5 stars for me in case you got over your head. *Wink* *Wink*