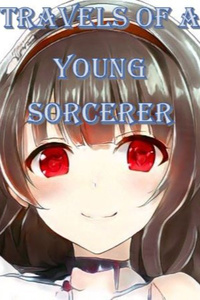 Grizelda then laid out a map of Kuldro and its surrounding areas, there she marked certain points in the map.

“Those are the places raided by I’shil and his band of bandits.”, said Grizelda.

With a glance of the map, it appears that I’shil and his bandits have targeted storage areas, and merchant camps.

“His next target might be another storage area. But where?”, said Lance.

Grizelda then marked a certain spot in the map.

“But that’s an empty lot. Map does not feature anything in that area”, said Lance.

“But I am not mapping out their next target. I am mapping out where they are.”, said Grizelda

“How did come to this conclusion?”, asked Lance.

“There is a pattern to their previous attacks. Look closely at the map.”, said Grizelda

Lance looked at the map laid before him, and he realized that Grizelda is right. There is indeed a pattern to their attacks. When he crossed the lines on the map, he saw one point where all of the lines converged.

“Yeah. I never realized it could be so obvious. If he does not want to be found, why hide in a place where people can find you?”

“Who said he wanted to hide?”, said Grizelda

“People like him want a challenge. If their hideout is easy to find, people they consider as inferior would challenge them immediately, but if you can figure out their hiding spot, they would believe that their challenger would be worthy of their time.”, said Grizelda.

“We need to be more cautious, we don’t know how many men are guarding that hideout.”, said Lance.

“You need to tell that to your companion.”, said Grizelda

“My what? Morgana!”, shouted Lance.

As Grizelda and Lance were talking, Morgana quickly dashed towards the direction of the map as marked by Lance. Lance ran as fast as he can to catch up with Morgana. Although exhausted and tired, he managed to catch up with her.

“We can always attack them now.”, said Morgana.

“We… Are… Heavily… Outnumbered… Against… Them...”, said Lance

“Furthermore young Morgana. You are heading towards the opposite direction.”, said Grizelda.

Astonished at themselves, Morgana and Lance did not speak a word.

“Just follow me. And don’t make any sounds”, said Grizelda

The two then followed Grizelda into the grasslands. There, they saw some shepherds, as well as merchant traders. Furthermore, as they went deeper in the grasslands, they saw more herders who are all armed with swords.

“Don’t be fooled, those are the bandits that we are looking for.”, whispered Grizelda to Morgana and Lance.

“That’s why they are in a disguise.”, said Lance.

Before Morgana could charge the bandits, Lance and Grizelda tackled her into the ground.

“Let’s not make a scene. For now, they shouldn’t know that we are on their trail.”, whispered Grizelda.

She does remind me of you Hito. Your willingness to act first is the same as his.

Grizelda, Morgana and Lance continued walking towards the supposed encampment. There, they saw tents and some old ruins. The area appears to be guarded by horsemen who in turn is surrounded by armed herdsmen

“We found it.”, whispered Grizelda

“So, should we…”, asked Morgana

“Not yet. Not until they are on another raid.”, whispered Grizelda

The trio then looked at the sky to see how much time would pass by. Soon, they saw that the bandits were riding their horses, preparing for another raid.

Just as they were about to storm the encampment, another group of sorcerers appeared.

It was Fil’Gharn and his group. It appears that they were being followed.

“Rats, I should have known.”, whispered Lance.

Fil’Gharn and his companions aimed their staffs at the bandits, hoping to strike them down.

An explosion was heard in the bandit camp. Soon multiple bandits rose up and attacked Fil’Gharn’s group

“Are you sure about this, Fil’Gharn?”, asked one of his companions.

“I’ve never been more sure in my life!”, said Fil’Gharn.

Apparently, Fil’Gharn’s defeat to Morgana wounded his pride and he resolved to attack I’shil. After following them, he, along with 10 of his guildmates, decided to storm the hideout of the bandit commander.

They keep spamming orb attacks. That does not work against these bandits as well, Lance thought.

Morgana, without hesitation, jumped into the fray. She drew her staff, and aimed it against the bandits.

Flame of dragon, fire of heart, wings of desire, grant me my wish

A whip appeared on the hand of Morgana. The whip was filled with fire, and with a quick motion, Morgana aimed it towards the bandits. Hitting the bandits, they were knocked out by the whip, one by one.

“Why are you here, Fil’Gharn?”, asked Morgana

“The same as you, to take down I’shil.”, said Fil’Gharn

Morgana and Fil’Gharn teamed up to take down the bandits one by one. But the commotion and the noise made by their assault, forced the raiders to turn back to their encampment. Soon, the group was surrounded by the bandits.

Winds of change, heed my call. Give me your precision, strike every enemy of mine

A gust of wind slashed throughout the encampment, hitting every bandit in sight. Bandit after bandit were knocked out. Fil’Gharn looked at the source of the spell, and found out that it was cast by an older sorcerer. One look at her, and he realized that it was the former rogue sorcerer, Grizelda.

What is she doing here?

Out came three bandits. One of them drew their sword, while the other aimed a bow at the sorcerers.

The leader of the trio spoke up.

“Grizelda, so your finally out of prison. How’s your brother?”

“He is dead, because of you!”, yelled Grizelda

Before his companions moved to attack, I’shil motioned for them to stay put.

A barrier of water covered I’shil and appeared to be impenetrable.

“You’re just as weak as your brother”, taunted I’shil.

Just then, Grizelda unleashed a barrage of wind orbs towards I’shil, but the water barrier proved to be stronger than any attack unleashed by Grizelda

Wind, burst forth. Provide me your fury. Give me your destruction. Go forth, winds of destiny

I’shil summoned a small staff, and aimed it towards Grizelda.

Water dragon, give me your life. Destroy all those who stand in my way, burst forth

A sudden stream of water emerged, striking Grizelda down. Bruised and battered by the jetstream attack, Grizelda stood up.

“Is that all you’ve got?”, taunted Grizelda

Neptune, give me your strength. Let the rivers, rains and oceans flow through me. Provide me with enough energy to strike my opponent

A sudden strike of water orbs emerged from I’shil’s staff. All of them struck Grizelda, hitting her, and knocking her down. But in spite of the attacks unleashed upon her, Grizelda would not stay down. She kept standing back up

“Why are you so determined to die!”

As Grizelda closed her eyes, she remembered her brother Hito

“Sis, aren’t you going to the countryside. We are free now.”, said an excited Hito

“I kinda am, Hito, but I think, I just want to relax a little bit.”, said Grizelda

“Sis, I’m going to hunt this bandit, I’shil. Apparently, he has been terrorizing travelling merchants and farmers.”, said Hito

“I would love to join you brother, but sis has a mission of her own.”, replied Grizelda

“It’s alright, I can handle him.”, said Hito

Someone ran towards Grizelda, the person running towards her appears to be carrying a corpse. Fearing the worst, she went to the body, and saw her brother. He was stabbed in the chest. Reading the small paper found on his body, it read

“Weaklings should never challenge the strong

She was enraged upon reading the paper on her brother’s corpse. Clutching her chest, she cried and swore to avenge her brother

I’m sorry, I have failed you brother. I cannot beat this man

As she was expecting the death blow, Morgana stepped in, her staff aimed at I’shil

“Don’t worry, Grizelda, this one is mine!”, said Morgana

Looking at Morgana’s eye, there was no degree of hesitation from it. She sensed a burning fire within her. Morgana’s gaze show determination, and willingness to win despite the odds against her.

The two companions of I’shil stepped in front of him, ready to attack this young upstart. One of them swung his sword towards Morgana when a giant shield blocked the said attack, the other companion aimed his bow at Morgana, shot at her, but was blocked by a fire orb

“I’m not doing this to help you. I’m doing this for me.”, declared Fil’Gharn

“Are you alright Morgana?”, asked Lance.

“Never been better, let’s take care of them."

“Lord, I’shil, we’ll destroy her companions, you take care of the upstart.”

“Be sure to win then, Golborn and Hegen.”

Golborn then placed his hand on the sword handle, infusing the sword with magic. Soon the blade is surrounded by a mist

With the mist blocking the vision of Lance, he was unable to defend against the quick and precise attack of Golborn

I may have a huge shield and a heavy armor, but those are useless if I can’t see my opponent. This will be a tough test for me.

While Lance was struggling in defending against the attacks of Golborn, Fil’Gharn is engaged in a waiting game against Hegen. He is anticipating the next attack from the archer but wants to make sure that he is the one who retaliates, since the first one to hit their opponent would be the victor in their fight.

Suddenly, an arrow flew past by Fil’Gharn, missing him by inches. The tree that the arrow hit exploded scattering the debris all over the battlefield.

That was way too fast for me

Cranking his head, Hegen aimed at Fil’Gharn with a sadistic smile.

“Hahahahahaha. You only know one spell kid. How are you going to defeat me?”, taunted Hegen

Morgana meanwhile opened her attack with a fire orb which was naturally repelled by the water magic of I’shil.

“Oh, I will.”, said a confident Morgana.

Morgana raised her staff and aimed it towards I’shil, ready to attack