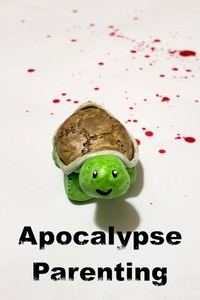 Clearing out the rams went much more smoothly today. Yesterday, I’d waited for a ram to break into our house, gotten injured, hobbled across the downstairs, argued with the kids, made a plan, and repaired our broken wall before heading out. I wasn’t sure how long it had taken, exactly, but most of the rams I’d fought the previous day had already made their way inside people’s homes.

Today, we’d killed two rams almost instantly. Priya’s antics and our brief argument hadn’t slowed us down very much. We’d left the area of my house only minutes after the Deadline, and when we rounded the corner we could still see plenty of rams still outside. Just like the day before, the rams had seemed to spawn in a single simultaneous wave, and it was taking them time to work their way inside people’s homes.

We had a very straightforward system: when we saw a ram, Priya would go out front to get its attention. I’d stand back to one side. When it got close to her, I’d Draw Attention, forcing it to run past her at a shallow angle. It made it ridiculously easy for her to get hits on the animal, even without Assisted Strike. By the time the rams got to me, they were already heavily injured.

We took five of them out in quick succession, racing up the street. I’m sure the rams could have gotten inside faster, but they didn’t seem terribly intelligent. They weren’t actively targeting the patches in people’s defenses, just ramming themselves near-randomly into structures until they found a spot that seemed promising.

It was odd that they seemed to only be targeting occupied houses. Maybe they had something like my own Life Sense?

After we completed our blitz, we still had to clear several out of homes, but our quick response and people’s extra preparations combined to ensure that we never arrived too late to help.

Actually, that’s not quite true - we did arrive too late at one home, but in the very best of ways. An elderly but spry man who introduced himself as Harold Lee had managed to kill the ram after it entered. He’d hidden in a room at the end of a trapped hallway. Long nails had been pounded through the door the ram would be, well, ramming, and he’d littered the floor with makeshift caltrops made of twisted pairs of U-nails. Apparently the ram had been in sorry shape after a single trip down the hallway. After Harold hadn’t heard another impact, he’d opened the door to find the animal on its side, thrashing in pain as it tried to dislodge the spikes embedded into it. He’d slammed a bowie knife into its side.

“Got 12 of their damn fool points!” he cackled.

It wasn’t long until we reached the end of the area I’d agreed to clear on last night’s call and spotted the person covering the other end of the street. The rolling thunder of ram impacts had faded completely.

We’d done it, and I dared to hope that the lack of casualties in our area had been echoed throughout the neighborhood. Day Two of the rams’ onslaught seemed like it had gone much better than Day One. I’d have to check with Pointy when I got home, but if she didn’t tell me that we’d halted the rumble of impacts today far faster than yesterday, I’d be shocked.

My heart felt light: we’d have another wave of rams tomorrow, but that left us almost two full days of problems we could handle before we had to deal with any fresh threats. That was, assuming the aliens didn’t throw us a curveball early… but I felt like I was starting to get a feel for how our unknown overlords worked. Actual fairness didn’t matter, but they seemed to want the appearance of fairness. I was worried about whatever new monster they’d introduce, but I felt fairly confident I knew when it would arrive.

“Time to head home,” I said to Priya. “We should check the backyards carefully on our way back.” We’d kept an ear out for noises and glanced in on our way up, but our initial goal had been speed, not thoroughness.

We met each other’s eyes, amusement incompletely concealed. We would take our time. We would check carefully. But wasn’t it nice that taking that time gave us an opportunity to relax and chat?

One thing had been weighing on my mind. “Gavin and Micah are really upset that they attacked you. Do you think you could try to help them feel better? Their attacks were my fault, and I told them that, but I don’t think it helped much. I think they’ll listen better to you on this one.”

Priya nodded. “Yes. Thought that too.”

We criss-crossed the street, carefully inspecting every house. As we worked, I kept sneaking glances at my friend, her new yellow scales filling my mind with a thousand questions. They could be hard to look at in direct sun, their slight reflectiveness making her glitter like she was wearing head-to-toe sequins. In any sort of shade, this dimmed to a very reasonable glimmer.

She was honestly still quite beautiful, I decided. It just wasn’t a human beauty.

We were checking the backyard of an abandoned home when one specific question overcame my hesitance to pry.

People’s first impression of me is that I’m fairly conservative, uh, intimacy-wise. I can’t say they’re wrong. I embarrass easily. Dirty jokes often seem crude to me, rather than funny, and making them myself is off the table with anyone I don’t know extremely well. With the possible exception of my sister, Priya was just about the only woman in the world I’d start a discussion like this with.

But I was so curious.

Priya looked at me, confused.

Now it was my turn to look confused. “Kind of?”

She rapped one fist against the large scales of her arm. “Not like this.”

“But it’s different than how it used to be?”

“How’s that, um, working for you and George?”

Her face was definitely troubled now. “I don’t know. Got this last night. I couldn’t… Alone time is tough to get.”

We walked a little further, circling each house and checking for signs of four-legged incursions. I called out unseen monsters and we spoke to confirm that neither of us noticed any signs of rams, but we didn’t chat casually. Priya seemed lost in thought, and everything I could think of to say seemed either useless or insensitive.

Eventually, I offered an apology. “I’m sorry for asking. It was rude of me.”

Priya shook her head. Her response was slow. “It’s okay. I couldn’t think, with the kids around. I needed this, to go through my own heart. ”

I could understand that. If you had an emotional breakdown - even a small one - in front of your kids, it would stress them out. They’d worry about you. They’d try to help you feel better, and if it didn’t seem like you were feeling better, they’d worry more. This wasn’t a problem that could be solved by a crayon drawing or self-initiated chores, and full-time acting is tiring. Easier, then, just to not explore those feelings.

Priya continued. “George… He hated the idea of me in danger. It took a lot to get him to say yes. He insisted I take this,” she tapped one finger on her cheek with an audible click. “He said he didn’t care how I looked. He couldn’t lose me. I think, though… it is a stress. The stuff other than looks, not knowing how much is lost…” She trailed off, looking away.

“It’s bothering both of you,” I said softly.

Priya was quiet for a moment, still not looking back at me.

We were quiet as we circled another home, then Priya poked me. “Look at me, such a jerk. You listen to my little concerns, and Vince is still in Colorado?”

I sighed. “What you said? About not thinking about things? That’s mostly how I’m handling it.”

She pushed me a little. “That’s not healthy.”

I glared at her. “What else am I supposed to do? Last time I let myself think about it, I started bawling in front of the kids.”

“No, but even if we did kill all the rams, there’s still leafenrats.” I jerked a hand up at a nearby tree, where I could feel a tiny foe perched. “I can only let myself get so distracted.”

Priya frowned. I could tell she was searching for something to say, and I had to admit I found it a little funny how our roles had so quickly reversed.

“No amount of talking will bring him home. There’s literally nothing I can do to improve the situation. I just have to believe he’s not dead, and that we’ll see him again someday, and try to keep the kids alive until he makes it back. Okay?”

I realized my voice had risen. I was nearly shouting at my friend, who’d taken a step back from me. “Sorry,” I muttered. “Sorry. This… thank you for asking. This isn’t your fault.”

It was my turn to look away from her.

I felt a hand on my shoulder.

I glanced at her and she rapped her hand against her chest. “Not Vince, yes. Still with you. Guard kids, together. You need to cry? Let us know.”

I blinked, more than once.

I'm over 1,000 followers! Thank you all for the kind support.

Thanks for writing! Enjoyed the chapter 😊

thanks for the chapter!

Yeah, the system is pretty trolly. It isn’t like Assisted Strike caused her head to bulge or Life Sense caused some sort of new organs to appear somewhere on her body. Getting tough skin shouldn’t lead to “p.s., your plumbing now resembles a reptile’s”.

…and now you have me wondering if Priya will lay eggs. Dang it.

On the bright side, going out in pairs is a smart move. I understand getting the kids points is important, but so is getting the more-responsible adults even more points. Maybe we will see people grouped up even more in the future.

Well there are reptiles who birth life younglings no eggs but that is uncommon to say the least.

The growth of the adults is important, however the kids can't be too much behind or they can't leave home anymore

The devil is in the details, but yeah, any sort of sort of upgrade that targets your own body is extremely risky if you intend to remain human looking. Both the tail and her friend's armored skin abilities share that in common. Both descriptions talk about what they do to you not what they let you do to others.

Yes hidden race change is a bit beyond troll and more toward hostile.

have you ever seen a Japanese TV game show? If they could change race they would....

Thanks for the chapter;