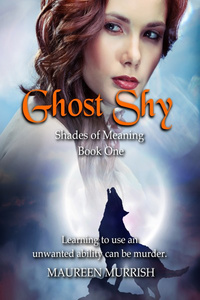 Grace tried never to interact with the ghosts that plagued her. After years of practice she was pretty good at pretending they didn't exist. Life was almost normal. That is until she was betrayed and kidnapped. Then it went to hell fast.

Breaking free of her captors was only the first step. Despite her resistance, she came to realize that her new 'normal' would include making friends, or enemies, of ghosts, witches werewolves and a host of other individuals she had no names for.

She had to fight for her life and the lives of the people she was coming to care for. To do that she would have to make a pact with a ghost and learn to harness the abilities she had suppressed all her life. But time was growing short and her reluctance to accept she was a necromancer of extraordinary power was proving a major problem.