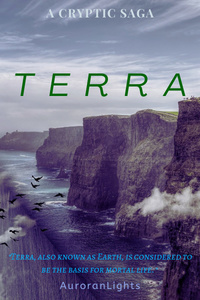 “Arcane Augury: the ability to perform mythic-like enchantments using the original elements made to create Earth, Space, and the beyond. This practice is commonly known as Cryptic Magic.”

To many, Cenna Valley is a hidden treasure in the Golden State. Lately, it seems as though the widespread valley hasn’t been itself lately, what with mythical events happening throughout.

Azurite Marshall keeps track of the golden artifacts that have washed up on the isolated shores of Brinola’s Gemstone Beach.

All three practice Cryptic Magic, and each is eager to dive deeper into the meaning of these events, but the deeper they dive, the bigger chance that darker elements might arise.

It’s only a matter of time before the entirety of magic bubbles to the surface, and it’s a risk that they’re just going to have to take.