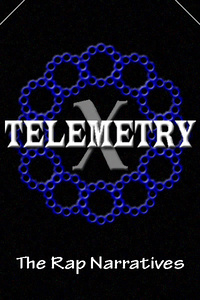 When Tasha gets the call, it’s a heavy one.

The heaviest they ever come.

It stops her on a penny, sweaty, jogging in a messy bun.

By herself, she never jumps, but now, somehow, a message stuns?

Inside the empty lower halls, it’s only her and engine-hum.

The message is a sketchy one.

Clear, but where’d they send it from?

With only text, it only says: Gunner Needed, Anyone!

Her scouter shows it red as rum.

She’s fast, connects the rest at once.

Already out of breath, and still a hall away?

She better run. She better punch it, stretch the lungs.

The work is yet to come, she knows. But no one else can get it done.

Aboard the M.S. Aster, she’s invented half their techy guns.

The trip to hers is never fun.

Reflecting can get nettlesome.

All reeking of a septic sump.

She hops a pod, buckles, grunts.

Then slams the clutch against the front.

Ejection sounds like jettison. Sectors pass in seconds some.

Between the floors, these rails connect the sections in a network,

Running port to port each corridor, no matter, wherever from.

With the wagon-wheel design, the station makes that meddlesome.

She shoots the chutes to residence.

She legs the rest and lefts a bunch.

Her solo unit greets her with an incandescent hum.

It’s messy, like her bun. A pen perhaps, not yet a dump.

The clutter of a brilliant mind, themed the setting suns.

Center-room, the gunner-pod’s a cockpit, next to none.

A gyroscopic egg with holographics. Plus, a medic bunk.

Rooted to the floor and ceiling, thing’s about a metric ton.

Ugly, but it lets her slump.

The seat’s a polyester sponge.

Her scouter pings the pod. The system then connects among

A web of cyberspace entangling everything, except the junk.

The image digitizes, doming her, striking her both deaf and dumb.

Bile hits her neck and lumps.

Moons away, the signal daunts.

The static crackles in the fabric tying up her messy bun.

A note from Telemetry

Start the series with Tatasha's younger sister: Arc I: Kelvianna

Bio: Sci-fi writer, hip-hop enthusiast, and dad of two. Trying to build a platform for my web-series, Telemetry. Also experimenting with lyrics in a couple ways.