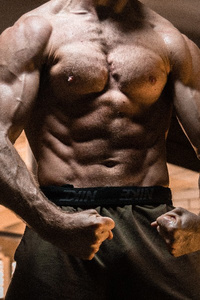 This is the only LITRPG you'll ever need to read.

It's a story of a young boy conquering the world.

Girls scowl at Edgy Andy when he glances at them. Bullies beat Edgy Andy up for the fun of it. But despite all that, he finds solace in the fact that he's a pro gamer. But everything changes when a truck smashes into his apartment, crushes him and kills him.

He gets transported to the bottom of a dungeon in a fantasy world. He gets a powerful class and with it ascends the fantasy world hierarchy. He'll never stop progressing and getting stronger until he's conquered the entire world!

Edgy Andy may start off weak, but he vows to end strong!

The best novel that has ever existed.

Deep philosophical storytelling akin to Dostoyevky's Brothers of Karamosov. This isn't just a cringey power fantasy, this is the real stuff, bro

A Protagonist who struggles and fails occasionally

100% historical accuracy. It took me 10 years to do all the nessecary research for this.

(This is for the trash novel challenge btw)

Reviewed at: Chapter 1: The God of all Gamers!

If you liked "Monster Fic," then you are going to love "Edgy's Andy's World Conquest (A LITRPG Masterpiece)." It brings out the best sides of LitRPG while also holding true to the massive amount of trash beside.

Oh, the way that it said 'ding' two thousand hecking times in a row just touched me so dang deeply. Instantly loved it when the third stat-screen in a row came around. Nothing could beat that feeling of numbers upon numbers with almost no actually words in between. 5/5 for ultimate trash

Reviewed at: Chapter 1: The God of all Gamers!

So far there is only one chapter out, but I can already tell that this story will instantly ascend to the rank of "Best Novel Ever" on this site. Yes, that's not a title a novel can have here, but due to the masterful brilliance of this work, it soon will be!

The style is the best I have ever seen! Rather than deal with the simple blue boxes like a peasant, Jonsoon takes a novel and genius approach to show us how everything levels and works. When the first one appeared, I stared in awe and knew that this was at least twenty times better than the normal, plebian box things.

The story hasn't progressed extremely far, due to only one chapter having been realeased, but it is a compelling, fascinating story full of depth and character growth! I believe I can see where Jonsoon is taking this, but that would imply that I am half as intelligent as this author who could teach Einstein himself a thing or two about math. Therefore, I can only hope to expect the unexpected.

Grammar is simply impeccable! There was not a single error in the entire chapter, and I forsee no errors in future chapters, either!!!

As far as characters, they are amazing! Beautiful! Brilliant! But, human, too. Completely relatable in every way. As a female, I 100% relate to everything Stacy is feeling, and feel those things myself when reading the events of the story! I envy her being there, instead of me UwU

I feel obligated to insist that everyone read this story immediately, to not miss out on the euphoria that the words therein give!!!

In all honesty, this thing's not bad. It has the phrase "a jawline so sharp that they could stab puppies to death" in it, and that should be all I need to tell you about the story.

If that phrase interests you, read the story. If not, you probably have an idea of what you're missing.