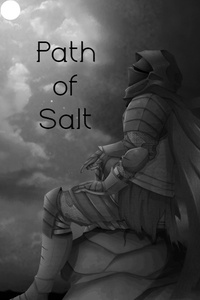 After running off with his best friend to fight as Mercenaries, Tobias found out that he wasn't built for battle. Swiftly defeated but not dead, he could only lay down on the grass, and watch as Marcus fought off their enemies almost singlehandedly.

Both of them survived that battlefield, and they both decided to return back to their Village.

Tobias' ideals and expectations were shattered by the reality of War, so he decided to settle down instead.

On the other hand, something awakened within Marcus. He woke up one day, only to be greeted by a floating panel of light.

[Welcome to the System]

What is a village-born Hero to do, but answer his calling?

WARNINGS:
-This work is incredibly Slice-of-Life heavy
-Also conversation heavy
-Also plot heavy (But not in that way, unfortunately)
-The pacing in terms of plot is slow
-The story is also lighthearted, and it's mostly just friends hanging around trying to do stuff and complete dungeons.
-Also contains slowburn (straight) romance.
-Power Progression is also slow paced.

There's also cursed text in this one which made it kinda funny in a weird way. Also, this is kinda a test to see if the reviews can handle the cursed text. If it doesnt, the review can be found here again:

There isnt not much I outright needed to say about this story. The style itself is pretty standard, the way its written reminding me of many others stories in this genre. I have nothing against it, truly, and I do recommend others read it. The plot seems good enough for now and will likely become better when more than the prologue is read.

The Path of Salt has many twists and turns. To say that there are plot twists would be an understatement. In fact I have been wanting to write a review for some time now it was always going to be positive but I was unsure what to write without giving away spoilers. And as there are so many plot twists I worry at this stage I would be making false assumptions about how the story will be progressing.

I was drawn to this story originally based upon the author's own description. The idea of a slice of life story between two friends one with a system of one without, intrigued me very much. I don't see the slow pace the author speaks of, curiously I find it a very fast-paced story. There was a lot of groundwork and much information learned about the protagonist without being a info dump, which I found appealing. But there is a variety a plots going on, yes there is the arc of friendly dungeon delving. There is also a pervasive metaplot involving sacrifice and redemption. There is also a mystery involving the system itself and a personification of death. Don't be misled by the author's description of his yarn. Though there is truth in it, it is much like saying Lord of the Rings about a birthday party. Also do not read this story expecting character sheets, skill points, and level ups.

There is a somewhat skilled yet naive protagonist marked by events and powers out of his control. In someway, he reminds me of Goblinslayer, but less comically focused. There is a world with adventurers and dungeons and monsters and magic. Even as far as I have read, there is continual world-building and much to learn. There are good people selfish people and bad people yet all of them have reasons.

I like it enough that I favorited it and anxiously await each installment. I would invite any that have made it this far to give it a try. I think you will be intrigued as well.