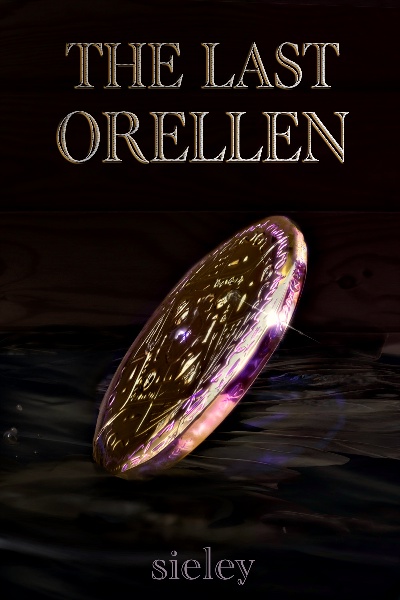 NOT ABANDONED. ON HIATUS UNTIL DECEMBER 2022 due to life circumstances. Hang in there.  -- Sieley

A Progression Fantasy with Plot

The Last Orellen reads like a professionally published fantasy novel. Sieley has created a world and situation that allows us to explore a more western take on the genre. The starting plot of the story gives everything so much more meaning and showcases a story about more than just the rise to power. Characters act their age and in ways that make sense.

If the story continues in the quality in the direction it has started with I have no doubt this will be among the top novels of Royal Road. Quality on par with Mother of Learning.

I look forward to how this story will develop, hope you give it a read!

The Last Orellen is a fast-paced adventure built on an impressively creative and original premise.

Luck magic is useless--or is it? The Lord of house Orellen has an affinity for luck magic in a family dominated by rare practitioners of spatial magic. When Lord Orellen receives a rare prophecy (the woman who gives them only wakes up for one day every so many years and gives only one prophecy), he realizes immediately that it is too good--so good that the potential fortune it heralds leaves his family in danger of being exterminated by the other magic houses.

But Lord Orellen has one secret up his sleeve--luck magic works, but it's finicky and tricky and can only work in specific ways. To save his family, he's going to need all the luck he can eek out, and he hatches a daring, almost ridiculous plan.

Interesting as Lord Orellen is, he isn't the MC. Our MC is a young Orellen--one pawn of many in Lord Orellen's heist. We follow him as he grows up and begins to learn magic on the outskirts of the world, where magic is inconsistent, ebbing and flowing with the appearance of the aurora borealis. The MC is eminently likeable. He's curious and wholesome in his innocence, and his love for magic is written wonderfully. I can't wait to read how the MC will grow up (there are numerous time skips but all are very logical and make sense).

I confess a few scenes regarding Lord Orellen's heist were a bit confusing/complicated, but that is just about my only criticism.

Good, but it's HIATUS

Reviewed at: Chapter 25: That Kind of Kitten

Amazing novel, very slow burn but with a very detailed magic system; the MC is growing up and you can see his personality evolving with every chapters. The author unfortunately also disappeared completely... So it's probably never gonna get out of the hiatus status. Well, a pity, it was a promising novel.

Overall, really well done. This story has good worldbuilding, complex characters and a fascinating premise that doesn't seem like it will run out of steam. The magic system is wonderfully mysterious; the reader is given enough that we can understand some of the basics, but is left in the dark when it comes to the higher possibilities of magic, something that I think is sorely needed in fantasy stories these days. On top of that, the parts about luck magic make it clear that there is always going to be an avenue for exploration, which is exciting. The Last Orellan is a gem.

I dont ever really write reviews, but this is a really promosing start. Has all the elements needed to be up there with the best on this site and is the most promosing new story i have seen in a while. I would highly recommed reading it.

Keep it up Mr Author!

Edit: Now on chapter 21 and its still really fucking good.

A most promising story!

At first I held off on reading this story when I saw it on Rising Stars, thinking I'd had enough of progression stories. However, once I gave it a go, I have to say this story already comes across as much more than a mere progression story and is instead a very promising addition to the monomyth.

From the very beginning, The Last Orellan grabs you. Stylistically, the author's voice is compelling, avoiding the two extremes of being either dull or florid, and this is aided greatly by (as far as my untrained eye can discern) a complete lack of grammatical errors. The characters are distinct and interesting; within only a few chapters, I'd come to sympathise with Elph and, soon after, the Orellan family. That speaks also to how well written the story itself is, which is where I think the novel truly shines.

While it is yet early days, the overarching narrative has already established clear stakes and asked questions the reader can't help but be hooked by. I have hope the author can carry the narrative through, as they have already done a fine job of paying off minor set-ups within the first few chapters, displaying (to me at least) a fair understanding of how to plot out a well-structured and rewarding story arc.

My one criticism is that while the characters are sympathetic and, more importantly, distinct from one another, it feels like they are lacking a bit in terms of depth beyond their surface-level qualities. Hopefully this can be remedied going forwards as the pace of the plot is not quite so quick as in the establishing chapters so we have more time to engage with each character's wants/needs/etc., but really this is a minor quibble given how early in the story this review is being written.

Overall, rare is it that a story on Rising Stars really grabs hold of my attention as firmly as this one does, and rarer still that it's so good it compels me to write a review! Needless to say, I highly recommend this story to anyone's who reading this review as I genuinely think this is one of RR's up-and-comers (Or at least I hope so, because it definitely deserves it!)

Reviewed at: Chapter 11: The Emerald of the Northern Sea

Definitely has the potential to be one of the best no oks on royal road. It's original and has next to no flaws. It's also nice that the child is a child and not some genius. Everyone has emotions and a personality, their not just there for the sake of being there. Great novel, keep it up!!!

The writing throughout is solid. The first few chapters almost lost me with the time jumps and multiple character POV's but it was well worth it. This is a very enjoyable story to read. The story's pace is just a touch too slow, but I haven't skipped or skimmed any parts of the story. I have been engaged in reading the entire time.

A novel you need to read.

I really recommend you give it a read since its so good and u know for sure the author wont just randomly drop it since you can see  he  puts his best in this novel.

Style-a bit confusing in the beginning cuz there are a lot of pov changes(that actually help the reader understand the story better) with a lot of characters and some flashbacks with how thing got to the point where they are.

Story- i can see the author has a plan for the future and knows what he's doing. He actually sets the prologue,doesnt go in blind,we can see what the characters feel like.

Grammar- seen like 3 mistakes and all were corrected very fast

Characters- they feel alive,they have emotions,they feel pain and sadness,they act like humans and they choose the best choices they can.

Sorry for the grammar (english isn't my first language)

Great potential. but still nothing in it.

reads perfect and possess both mystery and a well built world. But for all I read it still doesn't say much. after 300+ pages the plot has barely advanced and nothing has actually happened it beside the introduction of the world and the family's gamble, both of which precede the actual mc introduction.

maybe when there will be 700 pages of content it will be a good read but for the moment this looks like an enormous setting.