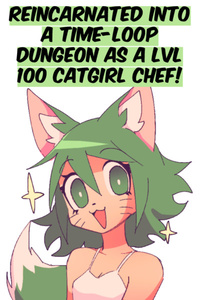 The slime waited, motionless and thoughtless.

An air bubble passed out of the slime. It had a negative effect on the surrounding air.

If the slime were capable of emotion, it would feel content. It existed, and this was good. Existing is a positive thing to do.

“Is it still there?”

“Don’t stick your head out like that, you’ll agro it!”

The vibrations of sound reached the slime. Vibrations were a negative. An instinct was triggered in the slime, to stop the vibrations. It moved towards them.

“Well, so much for that plan.”

The vibrations must be stopped.

So, we probably would have made it through the maze today. If we hadn’t gotten lost. Turns out, mazes are confusing! It’s almost like they’re designed for people to get lost in or something.

We took a wrong turn somewhere, and ended up facing a corner with two slimes in it instead of the door. At that point we kinda gave up, and just ran around screaming. It didn’t help, but it felt good. And hey, we found out that our limit for slime killing in one run is currently eleven. The route we’re supposed to take only has nine slimes on it, so we should be ok!

Since we were all feeling kinda down after that, I made everyone burgers with pineapple for lunch. It’s a good combination.

After lunch we compared our maps, and found out that Mika is really good at drawing. Actually, she’s the only one of us who can draw a straight line. We were surprised, because she’s never talked about liking to draw before. Kimi said that she buys a lot of paper and pencils, but never really thought to ask why. So we got Mika to show us her art, and holy crap is it good.

…And three hours later we remembered we were supposed to be comparing maps, and got back to that. We made Mika look over all our sucky drawings and make a new, good drawing of the maze. We think that we know where we made a wrong turn now, so tomorrow we’ll be good.

And then we’ll be at the infamous lvl 97. We’ve decided to try talking to the dragon and kobolds. Since they’re creatures like us, with languages and society and whatever, we might be able to reason with them.

Sure, it’s a long shot, but maybe if we ask politely they’ll let us through. I mean, I doubt any of the players have ever asked politely. The dragon might be so impressed that they’ll say yes and let us through!

Staab says that if we’d shown up on his floor and asked politely to get through, he would have demanded a toll but wouldn’t have fought. So we’re hoping that happens, if they don’t let us go through for free.

To help us in our goal of not fighting a dragon, we’re gonna make sure to be extra kawaii tomorrow. We’ll pull out all the stops! I have a sheet of sparkly cupcake stickers I’ve been saving for something important like this…

So, I need my beauty sleep!

Thanks for the catgirls!

thanks for the catgirls

The vibrations must be stopped.

The dragon wants only gold medal marbles and Dorothy

Who could possibly resist sparkly stickers?!