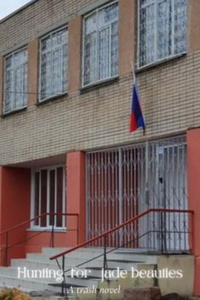 16. God or Devil?! - The Mightiest Man Who Appeared in Santa's Anus!

Not afraid of being run over by a car, I just cross the street on red light, almost causing an accident, screams of terror, rage and countless honks following in my wake.

Finally, the school building comes in sight. Rather than walking in through the broken fence behind, I bravely take the main entry by storm, and the electric door open before me, trembling in fear.

I command the door to open, but the door remains closed.

“So you have chosen death, huh”

Then I kick it open, tearing it from the hinges.

As I walk inside over the corpse of defeated enemy, all the arrogant young masters sitting inside stand up screaming “wtf” while the teacher, sensing what’s up, takes cover under the desk.


“Who was the one who beat my sworn brother up the other day?”

I point to the magazine and demand:

He does as he’s told, then stands up to me and laughs.

“Long Dong, you’re just a small fry. Everyone knows you’re a pushover! Did you come all the way hear to court death!?”

My eyes, hidden beneath my shrodinger’s bangs, darken, a dark shadow overcomes my heart.

“This time, I have the power of Pink Floyd on my side….” I point at him dramatically and add “Killer Queen already touched your face!”

Hearing that, he gets mad, and swings a fist at me.

Normally, before they do this, they put a paralyze spell on me, making me unable to move and react to their attacks. However, this time, I feel nothing- I’m so overleveled, their little tricks don’t work on me anymore!

Truly, I’m like a max level player returning to the tutorial area!

His fist flies at me in slow motion. I calmly block it with open palm, and then clench my fingers around it.

“Why do you hear boss music?” I ask him coldly

Not waiting until he responds, a blue tarzan appears behind my back, and shouts

Then I punch him in the face, and he flies off, crashing against the desk.

Rising up, he spits blood and takes out a knife.

I grab a chair and raise it menacingly above my head

“You are already dead.” I state the fact calmly.

For a while we’re just staring at each other, like cowboys in old western movies.

Then he charges at me!

I chose the last option, and take a knife to my chest.
The blade gets lodged deeply in my body, and a fountain of blood erupts, dying my opponent crimson.

He steps back and laughs, but quickly his laugh is replaced by an expression of utter terror, as he sees how indifferent my expression is.

“Tolya, retreat! This guy is high as fuck!”

However, there is nowhere for him to retreat. I slowly approach, chair still risen above my head, and stare straight into his eyes.

“Wait, listen! We can talk about it!”

I respond by crashing the chair against his skull over and over again. After there is nothing left of him but bits and pieces, I throw the chair away, and spit.

Bio: The measure of self-actualization is the extent of time spent within the shared fantasies.