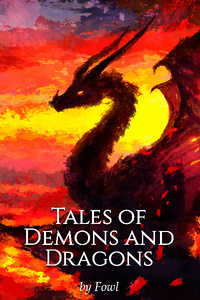 The sudden reincarnation had left Jane reeling, still unable to catch her breath. She was behaving very harshly with the people she had brought with her, almost cruelly, one would argue.

The woman with the golden glasses who had presented herself as ‘Mia’ was now walking by Jane’s side, trying to pry out more information on the Polish girl.

Jane had always been quite reserved about her private life, and she didn’t exactly like this woman asking about personal details, but she supposed that letting go in the apocalypse was a given. These people needed something, and if she couldn’t give them the right type of comfort and warmth another person would have, she would give them some information about herself.

“I was a Mage in my past life. I lived a long life because your lifespan extends based on your level of cultivation. Your talent, the 8th level in both Qi and Mana, is great. But you will need hard practice and, above all, fighting experience. And anyway, all the monsters in a huge radius around us are too strong for us. We need to get to the countryside.”

“And how are we going to get to the countryside unscathed from Brooklyn, pray tell?”

Jane took a long look at the strawberry-blonde woman with golden glasses, Mia, and swore that she would have already struck her face if she hadn’t been so damn beautiful.

“The temple has ample resources to cultivate. There are no monsters, and there are enough Nourishing Pills to go for a long time without having to eat. We can last at least a couple of months there. Once we are not this damn weak, we make a big run to Poughkeepsie. The monsters over there should be manageable, and Hydras never move away from water too much. Once we are in Poughkeepsie, we assess the situation, and we start crossing the state to reach some Ancient Ruins I still remember the general direction of. We have gathered artifacts and more resources yet. Once you are not a helpless bunch anymore, I take off for Italy.”

“There is a strong warrior there, and I need to make sure he either has knowledge from the future too or that he is safe at the moment. We fought together many battles, and I owe him that. If I’m back here, it’s most likely his doing. I’m sure he messed up with Time itself in some way.”

“How are you going to reach Italy?”

The voice of the woman boomed in the long tunnel they were going through. If Jane was guessing right, they were now under the Northernmost part of Brooklyn, close to Manhattan.

They had been walking for around an hour, but she knew that their previous understanding of geography needed to be tossed out the window.

For a second, while observing the black lava stones all around, Jane’s heart twisted. She felt something inside her told her to think about the lovers she had seen die before their eyes, how she could now save many of them, even though some had not been born yet.

The world seemed so small from inside a tunnel, but Jane knew how easy it was to get lost, to start wandering around the vastity of this new reality and just fighting and fighting.

A part of her really wanted to forge once again some of the bonds she had had in her past life. Her own Soul, however, tugged at her heart, telling her that Jacob was the most important person to reach. She had always been a good friend, even though not the closest person to him. They had been in so many battles together, especially during the South-American war against Charybdes.

But now, a part of her seemed to believe that Jacob was the most important thing, the key to everything. And she listened to it; she trusted it blindly.

“Jane, what’s that?” Mia woke up Jane from her trance and pointed toward a reddish strand among some rocks.

Mia shot her a non-plussed look at the ‘more or less’ statement.

After another twenty minutes, they reached the Volcano Temple, one of the safest Ancient Ruins in existence. No traps, no tricks. Just resources and a shelter from the horrors of the world.

Jane had found herself alone in that place in her past life, without real precise knowledge of what had happened in the outside world. She had barely cultivated inside the Volcano Temple during her first life because she hadn't known the importance of power.

She had spent a lot of time browsing through the books she had found, most of which she couldn’t even read. And she hadn’t even thought about bringing those with her. She was pretty sure there were also a few Interspatial Rings that her naïve past self had left behind.

But now, with her new knowledge, she was going to use the resources inside the Lava Temple in the best possible way. When she had gone back in her past life, someone had already looted it. So, she never had the chance to get everything she had wanted out of that place.

For the first time since she had come back, Jane gave a big-toothed smile to Mia.

“This is going to be our home for a while,” she said to the strawberry-blonde woman.