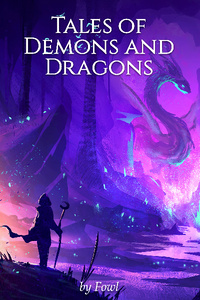 “The area is mostly cleared out, Jaji-boy. I ventured very close to the border and even saw some Advanced Oriole realm monsters roaming around the place. I kept hidden, obviously. But I’m quite sure we cleared enough Demonic Bloody Wolves to be safe for more than a month. I added some simple Formations around Ochre to trigger if some other monster roamed around here. So, I think it’s safe for us to come back. I suggest we leave the two girls here as sentinels, though.”

Jacob was communicating with Epagogia through a Communication Formation that they had set up. It was a rudimental version of a phone, and it occupied much space. Plus, it took a lot of energy, even for short ‘calls’.

“Bring them back, please. Don’t make me go there to take them back personally, Epagogia,” Jacob said. He knew she was more than capable of leaving Juliet and Helena, her competition, behind to have more time with him.

“I’m sure they would enjoy their stay!” the Devil’s voice came from the other side.

“Sure, but why don’t you stay there, then? Send back the girls and leave behind the most experienced warrior; that would be a sound strategy, wouldn’t it?”

Jacob did the equivalent of hanging up the phone.

Flavius, his newly appointed disciple, looked weirdly at him.

When Jacob had explained to him the whole reincarnation thing to him, since now basically everyone in his closed circle knew about it, the young man had taken the news without batting an eyelid.

Well, it made only sense for him that there had been some supernatural explanation to his master’s insane wealth of knowledge.

A few days before

After Jacob had battled Tommy in Joseph’s body, Flavius had had many questions. Jacob, instead, simply gave him a brief explanation of the whole reincarnation matter.

TELL THE KID THAT THERE IS NO GREATER RELIC IN EXISTENCE THAN THIS GREAT KEVIN!

Jacob ignored the sword and shrugged.

“Yeah, that’s pretty much it.”

“Cool, man. Well, I’m actually less freaked out now. It explains why you know so much. Even though the matter of your friend’s master is not really clear to me yet.”

“Oh, he just got this weird inheritance from a master who lived in my times. He managed to infuse his soul inside the Cultivation Technique or the Martial Technique – I don’t actually know since I never messed with that stuff – and then a functional thinking fragment of his soul materialized. Listen, I’m the foremost expert in the world about Time, and I have no idea what shenanigan Tommy pulled to get here even with just a thinking fragment of his soul.”

“Can he be revived from it? And what do you mean with ‘foremost expert about Time’?”

Jacob rubbed his face, not sure he wanted to explain the complexity of everything he knew. Having a disciple to make him slave over and suffer during training was fun, but the long speeches he had to make were quite tiring.

“I’m no expert, but I would say no; he cannot be revived. A piece of soul degrades over time. Sooner or later, he will disappear completely from Joseph’s Soul. The timer started the moment he awakened. It could be a long time by non-cultivators standards, though. But again, this is the first time I have actually seen something like that. Visions and materialization of intent are things that everyone experiences once they become strong enough, but it’s different from passing down a literal Soul fragment. Fucking Tommy, he’s going to Lord over me with that until his soul gets snuffed out, I bet.”

“And the time thing?” Flavius pressed for more information.

“Oh, yeah. I don’t remember if I explained the concept of a ‘Tyrant’. No? Christ, ok. It’s a person who excels at something. I’m the Blade Tyrant, very nice to meet you – God, I’ve been throwing around the name a lot lately. Anyway – no! don’t ask why it’s not the Sword Tyrant, Jesus! – the thing is that you get the title when you are awesome at something. Well, I could have gotten a second title. It was never official, but I can bend Time.”

“Can you show me?” Flavius eyed his master suspiciously.

“I’m currently too weak to do it. My Spells and Martial Techniques are related to my Cultivation Technique, and my insights are too powerful to be used in the Cockroach realm. I can get faster by using an inferior version of one of my real Spells. But it’s nothing you can tell from an outsider's point of view. From the outside, it just looks like a Martial Technique to move faster.”

“What? You don’t believe the guy who literally reincarnated through time and space, then went back to his 15 years old body, and he’s now taking you as his disciple and teaching you everything?”

“That’s it!” Jacob declared, “it’s time for another sparring session! This egregious master shall teach you some manners, you unfilial disciple!”