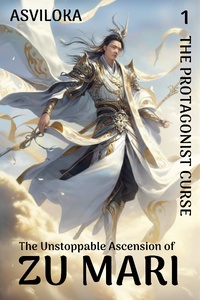 It took almost five minutes to convince the owl that an eternity of obedience to Zu Mari was infinitely preferable to the alternative. Once it understood that Zu was a time traveler who would return in every instance of reality to try different approaches until it inevitably gave in, it saw that the honourable thing to do would be to give in at once.

Performing the bonding ritual with the owl was trivial for one as wise and knowledgeable as Zu. Though his family library had only had a few spells worthy of note, one of them had been the Basic Familiar Binding. This tethered a familiar to Zu’s spirit indelibly, so the two would live and die together. If his familiar was ever in danger Zu could lend it his strength, and in return receive access to its abilities and strength in his own time of need.

The owl, whose name was Wing of Night, almost immediately went into a transformation as it came in contact with the perfect core of Zu’s inner power. For a moment Zu worried that his new friend was about to be consumed by the fiery phoenix spirit dwelling within him, but then the phoenix and owl reached a balance and power flooded out from Zu into Wing of Night.

The owl’s feathers ignited with spirit flames as it grew to double its former size, its core exploding through old blockages and boundaries it couldn’t ever have surpassed on its own, ascending to a whole new level of power.

Wing of Night spread his wings wide, reveling in the sudden rush of power and advancement. His plumage had changed from its former dull brown to a vibrant obsidian black that gleamed like polished opal, the spirit flames flickering dramatically as they expanded outward, then drew inward in a rush of flame and indrawn air.

Wing of Night folded his wings and the flames vanished entirely. Suddenly he was all but invisible in the dark shadow. Zu marveled at how well he blended in now that he was pure black. His boring greys and browns were unsuitable for hiding in a forest in daylight, and would have made him even more visible at night. Now, he was perfect.

Well. Except for one thing.

“From now on, your name will be Death Shadow.”

Death Shadow bowed gratefully in acknowledgment of his new name. “I will bear it proudly.”

Zu smiled proudly. “You have done well, Death Shadow. From now on, you will be my scout and fly ahead to find what lies ahead of us.”

“I will perform this task well for you, wise master.” With only the faintest brush of wind, he flew into the air and disappeared into the dappled shadows.

“Are you going to change my name too?” asked Heart of Fire and Spirit of Twilight Death.

“Why, have you evolved recently?”

“Oh, so you aren’t just arbitrarily renaming people for your convenience, it’s some perceived improvement?”

“In fact, didn’t you say that big stupid moron we just killed actually shattered you a few times? How weak are you? Maybe you don’t even deserve your name.”

“Xashu Cougar is not someone you should underestimate. You may have beaten him this time, but—“

“This time?” Zu interrupted with confidence. “There won’t be another time, I am not going to be killed again.”

“Um, not to interrupt, great and wise master,” Death Shadow interrupted, “but there is a demonic plum tree approaching rapidly.”

“Yes! It spotted me and started flinging infernal plums at me. I barely escaped with my life, and even now it advances upon us ready to do us ill!”

“Ask if he’s sure it isn’t a demonic prune tree,” urged Heart of Fire and Spirit of Twilight Death.

“You’re sure it wasn’t a demonic prune tree?” Zu repeated.

Heart of Fire and Spirit of Twilight Death explained, and Zu conveyed his words to Death Shadow.

“A demonic tree has three stages. First, the trunk and branches become attuned to the demon possessing it, changing them from their usual color to black and twisted. Next, the leaves are taken over and become white as bone or red as abyssal fire. Finally, the demon’s power shrivels the fruits into a dessicated shell of their former glory, often imbuing them with dangerous effects in the process. A demonic plum would be dangerous only in the speed with which it was flung, while a demonic prune might explode or turn to acid when on impact.”

“Then,” said Death Shadow querulously, “it was definitely a Demonic Prune Tree.”

“Fear not! I will save you!” declared Zu valiantly. “Wait here. I will prune the demon from the prune tree and it will trouble us no more.” He drew Heart of Fire and Spirit of Twilight Death and charged off in the direction Death Shadow had indicated.

Soon he saw the tree. It loomed over him as it slithered forward, black limbs raised and spindly twiggy hands clutching myriad demon prunes.

“I, Zu Mari, am going to put an end to your vile machinations, tree of evil!”

With a great cry, Zu threw himself at the tree, Heart of Fire and Spirit of Twilight Death extended before him in both hands.

The tree sidestepped with shocking speed, then slammed a branch full of explosive prunes down on Zu's back as he passed. He registered a moment of shock, then the prunes exploded and fire consumed his world.

I, Zu Marri, will use the cheat powers of my godly pill, my remembering the loop due to my sword, and I will never wonder why it seems that this plum tree destroyer actually cares about killing someone weaker inside a loop that even Zu Marri remembers.... Evolve your sword fast kid!

What's with the trope of ancient spells being more powerful? Considering how often they are found, they should have been reverse engineered and improved upon thousands of years ago...

Impossible! The ancient knowledge was forgetten because it was too powerful to be borne; it could not possibly be because it was outdated and obsolete!

Ah that death was fast. 😳

Death is merely a stepping stone!

Why is this so ridicilous but still so engaging

Sword: If I had a nickel every time I heard that I could retire.

Possessed Plum tree: Let us test your theory. Here's your next death served on a silver prune.