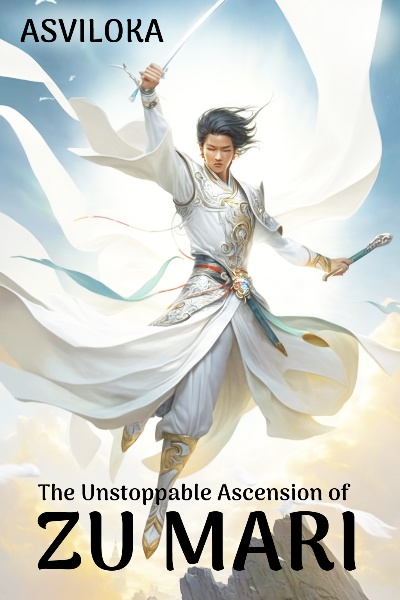 Zu Mari is a downtrodden cultivator without any hope of becoming powerful. OR SO HE THINKS! One day fate intervenes on his behalf to give him everything he'd ever dreamed of, ALL THE POWER HE SO RIGHTLY DESERVES! And then, finally, everything starts going his way.

Just to clear up some misconceptions, this is not a parody and it is not a satire. Zu Mari does include over the top humor and exaggerations intended to amuse, but satire is a very specific thing which this is not. I certainly haven't read enough xianxia to properly satirize or parody them. It's just a silly project I'm writing for fun, with a meta story that makes me laugh. Expecting anything else will only end in disappointment.

This is a special, precious story

If you're here to have a good time, have some laughs, and utterly enjoy yourself—you've come to the right place.

There are some rules that will help bring out the full experience.

1) Park your seriousness. This is an over-the-top story that does not take itself seriously, but is very well written while taking that into account.

2) Park 90% of your knowledge about xianxia, cultivators and murderhobos at the door. Read this story as it stands without jumbling it up with what you've read previously.

No one asked you! Who let you out anyway?

Zu Mari: Invincible! I let myself out!

A good story to laugh with

Reviewed at: 28: The Negotiation Begins! Zu Mari vs Patriarch Viha!

Okay, look. This story does NOT take itself seriously. The author does not take the subject matter seriously. If you want serious, go elsewhere.

It's basically a cultivator's power fantasy, and we see how ridiculous it is because it's exaggerated so.

Also the author took my suggestion for the Otterman Empire and is running with it. :3

I started reading this during my morning shit and my first reaction is my original review just under this new new one. Now, after I've had a few minutes, let's just rewrite my reaction a bit to explain myself better (I hope).

TL;DR: It is a parody if by making a parody you mean MAKE EVERYTHING MORE AND LOUDER. The result is even more off-putting than the target.

Xianxia is a genre full of garbage and a few stand out skillfull variations. Everyone with half a brain finds that out pretty soon. Mostly it is because it is a dream genre of every angsty teen loner going through his chuuni phase and Chinese word womitors.

And what the author did here is attempt parody by giving it even more spice and just flat out not bothering to bake it at all. And then parading it in front of us and going "Look, this is a xianxia if you overspice it and don't bake it! Am I clever or what? Now eat it and find out it is absolutely unpalatable!".

Of course it is, you just took every spice in the recipe and quadrupled the amounts. THAT DOES NOT MAKE IT ANY GOOD. It just makes it a really on the nose caricature of a parody. Ugh.

TL;DR: Parody on the xianxia and time loop genre, only problem is it's not funny but really cringeworthy. Like prank videos on YouTube.

Take the xianxia and turn every settings knob to maximum to the point where you abandon any pretense of seriousness and become a parody of the genre. Make the MC an insufferable pillock and the setting the most wish fulfillment you can think about.

Add arrogant young mistress and family so arrogant even soap operas would have trouble to compete. Name the characters by taking names from your favourite telenovela on Telemundo and then morph them to make them sound vaguely Chinese.

Now add time loop and a train wreck of a confrontation that brings the initial fever dream of wish fulfillment to a screeching halt while still remaining insufferable.

That's as far as I got skimming before I lost any momentum on my bathroom break. And to be honest I still don't know what to think. If it was earnest I would just give it two stars and send it on its way, but even if it is a flippant parody it is still not that great but for a different reason. It is like taking a prank too far and making a saw blade cannon to shoot after your coworkers while shouting "it's a prank and therefore not a workplace massacre"...what the hell do I do with you. I don't have interest in finding out if it gets any good because the tastelessness of the start just really turned me off and I don't want to be too fast in dismissing it.

Ah what the hell, I'm a lazy reader who reads to relax and you didn't allow me to relax, so two and a half stars for you not because of the style of grammar but because the characters and plot are insufferable.

No Trees Were Harmed In The Making

Reviewed at: 4: Challenge! Zu Mari Must Fight His Cousin For The Right To Rule!

Is this a good story? No. It's a great story. If I were to describe this story it would be: Take all of the tropey nonsense from the xianxia genre and then crank it up past 11 to the point where the dial breaks. This story is a freaking rollercoaster of emotions (primarily laughter) and it is absolutely fantastic. The first paragraph made me laugh out loud, then the MC ate a random pill and I was rolling on the floor. Look, just read this if you need a good time.

A hilarious take on Xianxia

Reviewed at: Rematch! Fight To The Death Yet Again! Zu Mari's Vengeance Will Be Swift!

Still early days (er, chapters), but Asviloka has already managed to embrace and subvert(?) so many XianXia tropes in ways that are oh-so-wrong that this might be a work of art. From the not-quite chinese names where the family name is last (why???) to the MCs growing arrogance, ridiculous technique names, instant (well-deserved) defeats, and sudden ass-pull victories, don't take this story too seriously and just enjoy the ride. 😎👍

I've yet to read too much cultivation, but even I know not to fully compare Zu Mari to the Xianxia genre in a serious matter. Asviloka wrote this as a writeathon stress reliever from what I can tell, with a focus on dramatic and exaggerated storytelling for humor sake. And with that in mind, there's really only three words needed for this review.

Style wise, the pacing is perfect for giving that lighthearted, quirky feeling when reading Zu Mari that I think the author was aiming for. Formatting is easy while detail vs. speed is well balanced. It's like the core of this story ate a magic moon pill.

Grammar wise, it's fine. This is the most annoying thing to review when grammar is spot on. Just throwing that out there.

Story wise, this is like reading 80s or early 90s anime with in with exploitation films. It's not serious enough to be considered a parody or satire, but the farce nature and exaggerated actions and dialogue of the characters make it bigger than life. If this was a 22 minute television show or anime, it would probably be pretty darn popular.

Characters? Zu Mari has great characters, and an intriguing romance between Zu Mari and his sword, Heart of Fire and Spirit of Twilight Death. You can't convince me otherwise. They are in love.

Overall, this is a fun, lighthearted read. If you're looking for something serious in the way of Xianxia, there's plenty. If you want it to be fun? Look no further.

Trees were harmed in the making of this title

Reviewed at: 5: Leaving The Clan? Not So Fast! Zu Mari Encounters A Wicked Trap!

Style is pretty good for what the genre is. Not that I've actually read that much of cultivation to begin with but whatever. The time loop genre was enough to sell on this story so it isn't like I have anything negative to say. I mean, Cultivation is meant to take time and with time loops, the MC can get as much time as they need in theory. Gotta be more than a few restrictions on it.

Reviewed at: 13: Zu Mari vs Ozyri Tori? Whose Loop Will Triumph?!

While the exagerrated satire/parody is amusing, the novelty only really lasts so long, and the story doesn't have the comedic legs to stand on after it wears off. The characters are incredibly generic. I mean, that's the point, but it's still really irritating. Most "plotpoints" are just random tropes turned up to 11 and then rushed. I've read actual xianxia novels accidently more stupid than this, and parody is significantly less funny when the real product it's parodying is frequently even more ridiculous. I recommend reading the first few chapters for giggles, and just dropping it once it inevitably gets boring. I'll read further and revise this review if it becomes necessary, but honestly I don't really see what there is to do from here.

Reviewed at: 2: The Great Search! Secrets of the Weakest Clan?! Is Any Power Worthy Of Zu Mari?

The entire premise of this just makes me love it. Trashy, comedic, fast paced, time loops, it has everything. It just needs you to read it to make it to the top. So read it and forget that little voice in the back of your head that says, I need to feed my kids or my wife because those don't matter.

Wasted my time hoping it got better.

Too over the top. Was funny initially, lost that hard and fast. Honestly annoyed me and felt like my time was wasted as it never got better. I gave it a chance in case maybe I was the one who missed something here, but either way I'm moving on to other stories. Good luck and hope to see better stories going forward.